You are at:Home»Latest»Neil Lennon questions some of the referee’s decisions yesterday

The 2-1 scoreline did not justify the dominance that Celtic showcased against Partick Thistle yesterday. Neil Lennon’s men had 64% of the possession and managed to hit the target 11 times from their 20 shots. But somehow they just managed to find the back of the net twice and those who did not actually watch the game could be led to believe that Partick Thistle actually gave the Hoops a run for their money.

Celtic were not helped by some of the referee’s decisions either. In the first-half, Jeremie Frimpong went down in the opposition box from a clear push but a penalty was not given. Yet in the dying minutes of the game, he decided to award a penalty to the hosts despite the fact that Frimpong appeared to have got his body across his man. 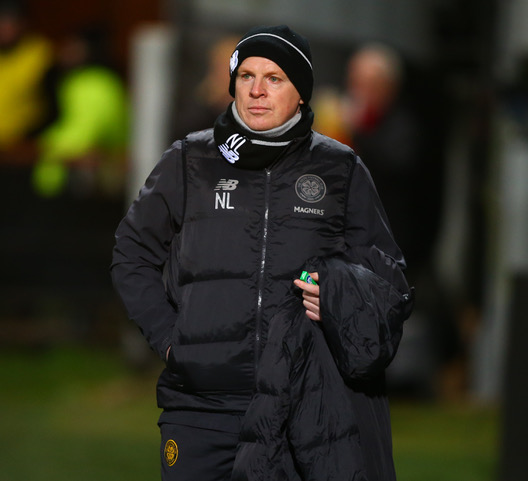 It is safe to say that Neil Lennon was not amused and questioned the decisions following the game while speaking with the Daily Record:

“I don’t think the scoreline reflected our dominance in the game.

“And we’re really disappointed with the penalty decision at the end. Jeremie Frimpong got his body across Dario Zanatta.

“There was inference that his heels were clipped, but you can clearly see he just got his body in. His recovery was terrific and he didn’t deserve that.

“We should have had a definite penalty in the first-half when Jeremie was pushed over – he hasn’t dived. I don’t know how that’s not a penalty.

Fortunately, the bad calls did not have any effect on the result of the game as Celtic went through to the next stage. This was their 32nd consecutive win in domestic cup competition.

🍀 Neil Lennon's side are in the draw for the next round, but the Celtic manager is still disappointed about the penalty against his team

🗣 "The referee was telling my staff that he clipped his heels. But it's quite clear that he didn't and we were all in agreement on that." pic.twitter.com/rDpkfOzDjG