RANGERS have released a statement this afternoon on their official website, concerning today’s capitulation at the High Court in London which we reported HERE.

This should be fun, so here goes… 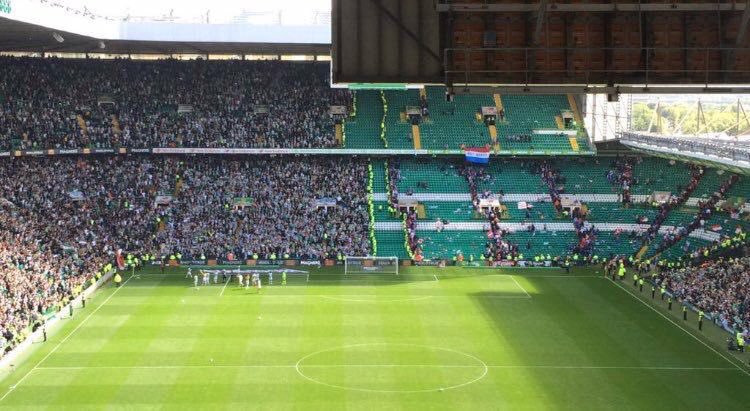 “THE Rangers Football Club Limited (TRFC) and Sports Direct (SD) are pleased to announce that they have terminated all prior agreements between them and entered into a new commercial arrangement on terms substantially different from the terminated agreements. As part of the new arrangements, the Rangers Retail Limited (RRL) joint venture between TRFC and SD has ended and, going forward, TRFC will deal directly with SD.

“The negotiations between the parties have been protracted and have not been smooth. In that regard, TRFC and SD thank PUMA for its assistance and patience during a period that has been difficult for them as official kit supplier to the Club.

“For obvious reasons it is not the practice for the details of commercial arrangements to be made public. However, in view of the publicity surrounding the previous agreements and the resultant boycott by supporters of kit purchases we consider it appropriate to give supporters some insight into the new arrangements.

“The new arrangements represent a fresh start for the Rangers Megastore, the relaunch of the Rangers Webstore and the sale of Rangers kit and products throughout SD’s stores.

“The financial arrangements between the parties are transformed. TRFC will now receive by far the majority of net profits from the retail operations at the Megastore and Webstore together with an equal share of all net profits from sales through SD. TRFC will also obtain a priority dividend on the winding up of RRL.

“The new deal will deliver real value for TRFC and SD. Supporters now have certainty that any money they spend on Rangers products will be hugely beneficial for the Club. SD will benefit from the increased sales and from the opportunity of demonstrating the part its retail skills can play in building and commercialising the Rangers brand which was always SD’s intention.

“Both parties are delighted to achieve a successful resolution to the issues that have previously marred the relationship between them and bring an end to the protracted and costly litigation.

“TRFC and SD hope that the new arrangements will be long standing but there is no longer a fixed commitment on that front. We will rely on our combined commercial performance and drive to cement the relationship going forward.

“Rangers has traditionally been one of the best performing brands in British football and the Club believes the new arrangements can restore it to that position, providing funds to invest in the team and facilities at Ibrox and Auchenhowie.”

Rangers have been left to pick up around £500k in legal expenses relating to the action that was settled today. They could have got Kyle Lafferty with that money!