You are at:Home»Latest»Next up Shkendija? The North Macedonians won in Estonia

NEIL LENNON revealed that Odsonne Edouard changed his boots at half-time on account of the heavy, rain soaked pitch at the Asim Ferhatovic Hase stadium in Sarajevo. And that made all the difference in a second half where Celtic looked much more comfortable and in control of the tie, running out comfortable 3-1 winners.

Celtic had shot themselves in the foot on 29 minutes, needlessly conceding a corner then failing to defend it properly, allowing Mirko Oremus to smash the ball into the visitor’s net to give Sarajevo a shock lead. It last just six minutes though as Celtic levelled the score through a piece of brilliance from Mikey Johnston who lashed his shot into the roof of the Sarajevo net to silence the partisan crowd. 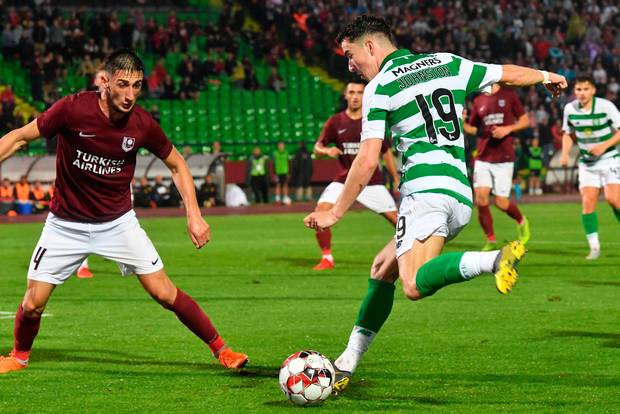 The scores were level at the interval but with Odsonne’s change of footwear being a crucial factor, the Scottish Champions dominated the second half and added two more goals, a composed finish from Edouard and a clever back heel from the substitute Scotty Sinclair.

“Odsonne had to change his boots at half-time because the pitch was very heavy,” Neil Lennon revealed in his post match interview with Celtic TV. “He was slipping a little bit but looked a lot more assured in the second half.

“Odsonne is a big-game player. You don’t have to whip him too much to get a response from him. His finish showed great composure. Mikey scored a great goal, it was great hit. Again, he did some special things in the game, so he can be delighted.

“It was a really important goal at that stage of the game. It settled us and we had control after that.”

“To score three goals away from home, no matter the level or stage, at this stage of the season is very promising,” Lenny said.

“It is so early in our preparation but the condition of the players, the quality of the goals in the game was great. It was a terrific team performance.

“They were well set up tactically, we knew they would be a real danger at set-plays, which proved to be the case, and we had to dig in a little bit and once we did we took control of the game. I was really pleased about how we reacted to their goal.” 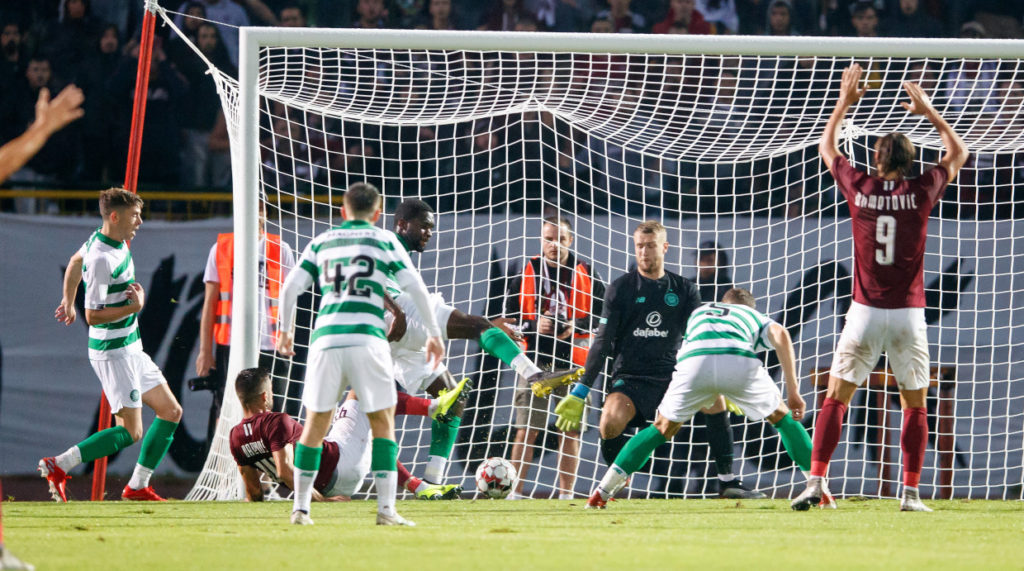 Celtic will face Sarajevo in the second leg of the first qualifying round of the Champions League next Wednesday at Celtic Park then barring a absolute calamity with play the winners of the tie between Estonian side Nomme Kalju and Shkendija of North Macedonia.

Shkendija last night won the first leg away from home by 1-0 so it looks likely that Celtic will be heading to North Macedonia for the second round. Hopefully the weather will be nicer than last night in Sarajevo.

Ibraimi netted a late penalty on 81 minutes to give Shkendija the first leg victory over Nomme Kalju.

Previous ArticleGlasgow weather in Sarajevo but Celtic get the job done, watch Mikey J and Lenny interviews
Next Article ‘Never heard of him’ – Peak Fantasy Football as Lenny comments on Sergio Quintero