You are at:Home»Celtic Women»Nine goals then perfect 10/10 player ratings from Fran Alonso

Summarising his thoughts after that sensational 90 minutes of football from his Celtic side yesterday afternoon, in the 9-0 season opener against Hibs, a delighted Fran Alonso said, ‘in one word, it would be pride. I am so proud of the Ghirls. We had a game-plan and they had been outstanding all week in training, but today when it mattered most it was executed to perfection.

“The timing of the pressing, the relationship between players, I think we were superb,” Fran said to Celtic TV after his side’s incredibly impressive 9-0 win over a very good Hibernian Women side. 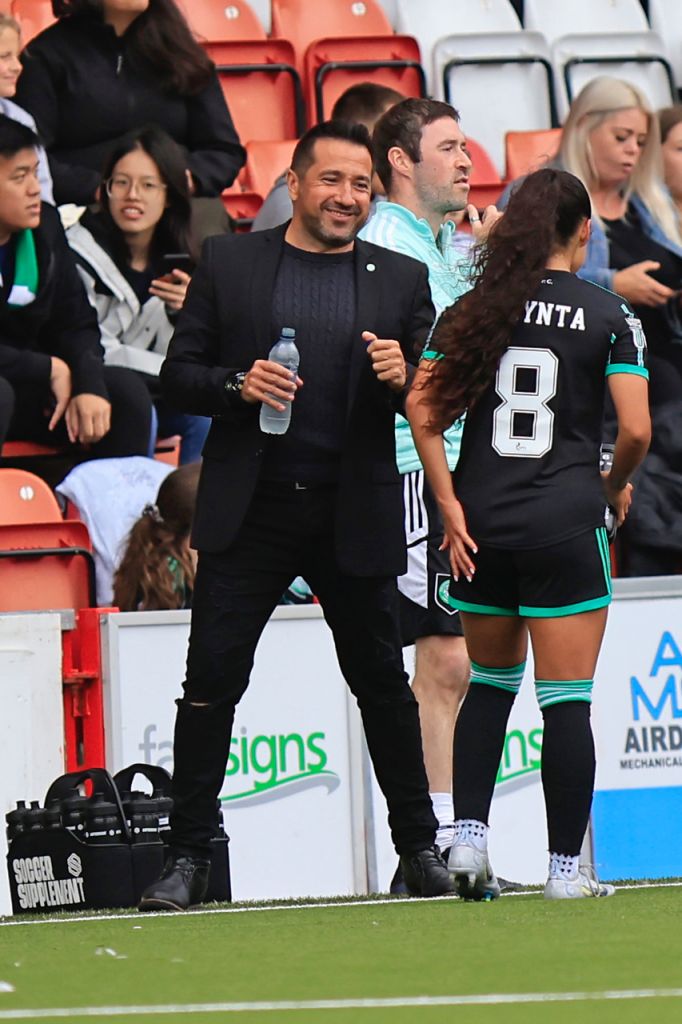 “(Hibs) are a very talented squad, they’re professional, they’ve got so many great new players and they struggled to put three or four passes together because of how efficient we were, and then on the ball the decision making was very good.

“So I am absolutely delighted. I am so proud of these Ghirls and what they’ve done today. I knew we’d be good but I never expected to be that good.”

As far as that win being a statement for the rest of the league – and make no mistake that is exactly what it was – the Celtic manager said: “No, I’m sure we don’t think about the league. It’s one game. What we think about is the next game and for today what we wanted was a quick start, straight away from the beginning and we managed to do that. 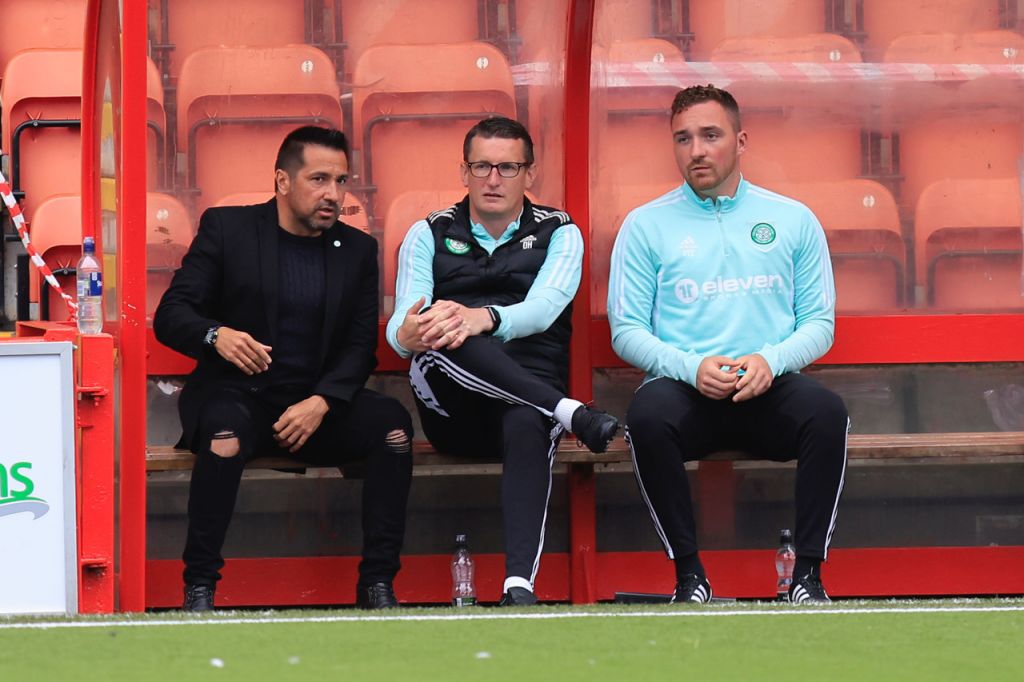 “Once we scored the first one we wanted a second and I think that’s important to have that ambition. Last year, if you remember we were quite dominant in the game but we conceded from a set-play in the last moments of the game and dropped two points, so we didn’t want that to happen again so we went for the next one and the next one until the final whistle and that’s what they did.

“We finished pressing high, the same way that we started. That’s not easy. I think that they are going to be tired tomorrow but I’m very proud of them,” Fran stated.

On the double hat-trick heroes Clarissa Larisey and Jacynta (Cal-Jac) and how they have developed as players since arriving at Celtic, Fran Alonso had this to say. “We put a lot o pride and individual work with players. We’ve just sold a player who scored 40 goals but the previous year, scored four goals so all this work with players is happening.

“We know we need to bring in goals from other parts. The goalscorer is great, the movement is great but our movement previews, our centre-mid, the weight of the pass, the wingers are in position to open the space so it’s nice to see two hat-tricks for Ghirls who totally deserve it, but for me I’d like to praise the whole team.

“It’s everything, the way we start, the build-up etc, so I’m delighted for them. Two hat-tricks is amazing. We know we want to get goals from everywhere on the pitch, we want that than getting them from only one player. They (Cal-Jac) were outstanding, the same as every player that got on the pitch today. 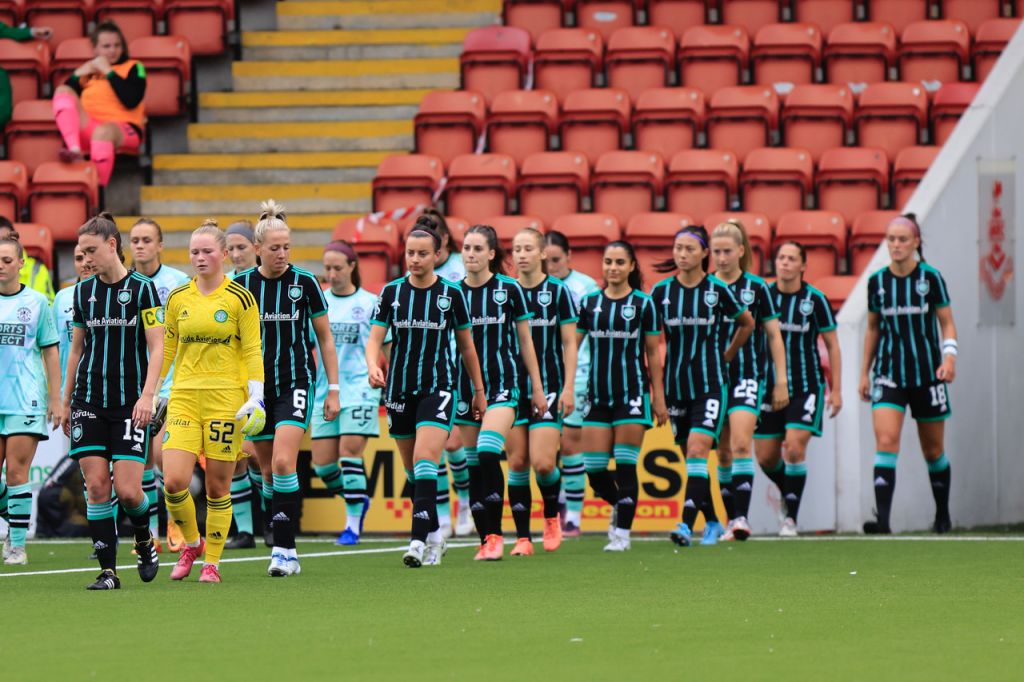 “The fans love it. It was very, very exciting. It was quality coming from everywhere. Amy (Gallacher), I’m delighted that she got the two goals because she had an outstanding pressing game. She was so good at pressing and she created so many chances for other teammates and at the end she got the rewards of her two goals. I know it means a lot to her and I’m absolutely delighted. 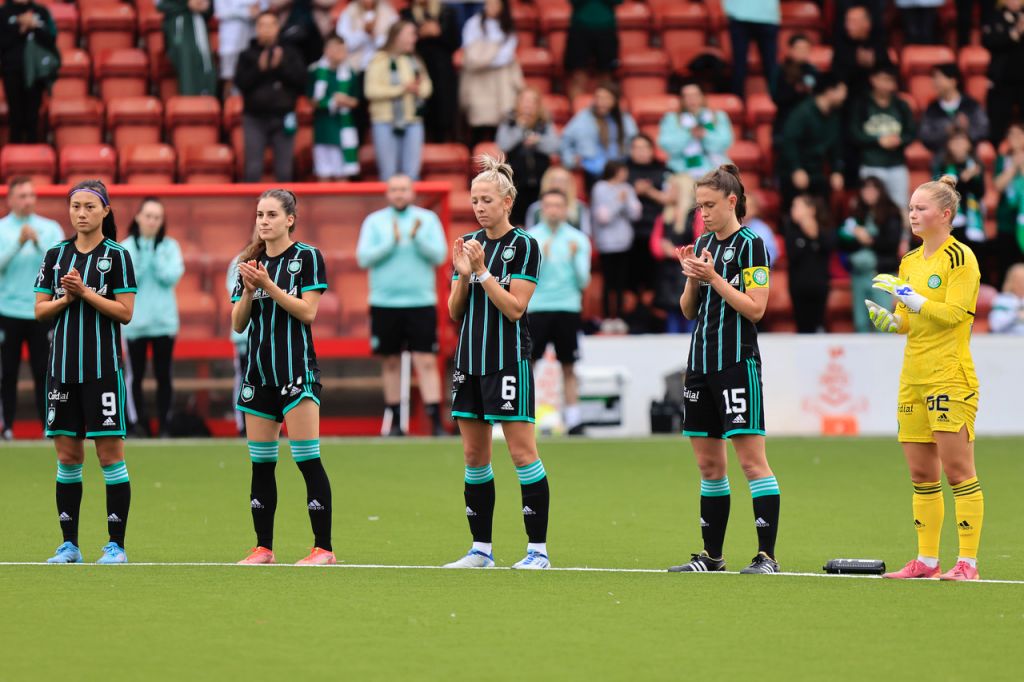 Tribute to Celtic legend John Hughes ahead of kick-off

On Friday The Celtic Star asked Fran Alonso if he was happy at Celtic. He smiled, pointed to the club badge on his training kit and talked about the pride he has in representing this football club. Yesterday he wasn’t just happy, he was thrilled and delighted and that smile had got even bigger.

“You really must believe us…” as the song says.

Low-key Celtic have plenty to shout about ahead of Balmoral trip
SWPL Cup Draw – Celtic away to Partick Thistle, with double header at Petershill Park
Video: Celtic, wearing the Hoops, hit Hamilton for six
Previous ArticleSensational Unique Angle – Watch all nine Celtic goals against Hibs
Next Article Celtic Pools – Helping create winners on and off the pitch