You are at:Home»Latest»Nir Bitton praises ‘biggest club in Scotland’ as new club announced

Nir Bitton has spoken out after joining Maccabi Tel-Aviv following his departure from Celtic. The Israeli midfielder, who can also play at the back, left Paradise after nine successful seasons in the Hoops. With another baby on the way, Bitton decided with his wife that a return to Israel would be best for their family.

Taking to Instagram, Bitton praised Celtic but also set his stall out for what he wants to achieve in Tel-Aviv. The midfielder referred to Celtic as the ‘biggest club in Scotland’ and one of the biggest in Britain and Europe, he’s certainly not wrong. 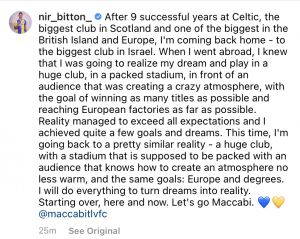 The player made 270 appearances for Celtic with 38 coming this season. His performances from his natural holding position were praised as many questioned why he was ever moved to defence in the first place.

Bitton came off the bench as Celtic beat Motherwell on the final day of the season to collect his 18th winners medal since joining the club back in 2013. He departed alongside another stalwart, Tom Rogic.

Bitton is reportedly a Maccabi supporter and he will be keen to enjoy similar success in his homeland as well as performing in Europe and for the National Team.

Best of luck to Nir in this next step of his career. 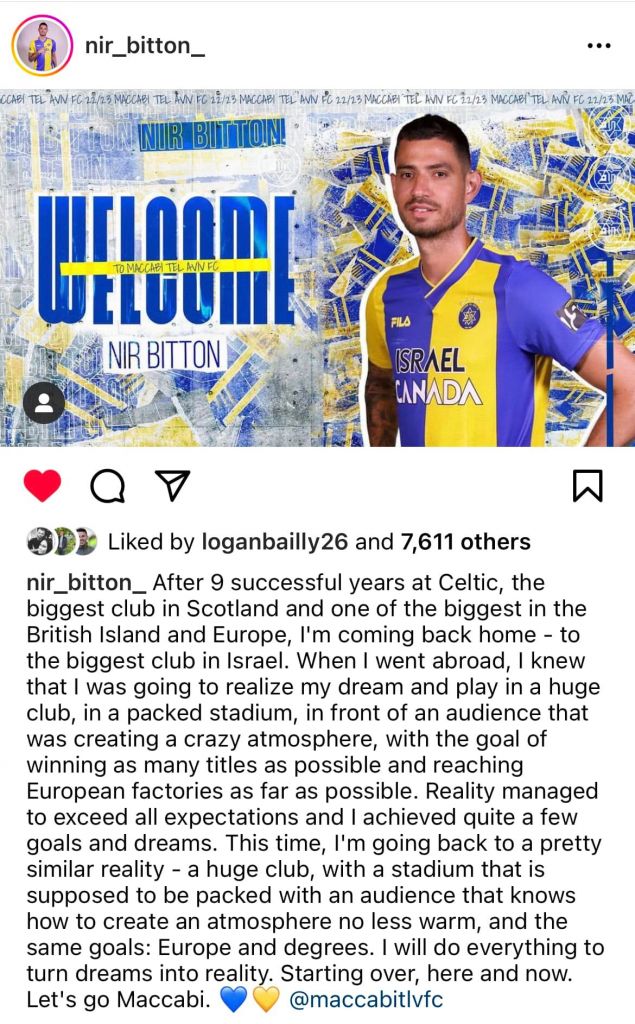