You are at:Home»Latest»NK Celje of Slovenia – Celtic’s potential Qualifying Round 1 opponents in the 2020/21 Champions League

Celtic’s potential Qualifying Round 1 opponents in the 2020/21 Champions League: NK Celje of Slovenia…

Ahead of the draw for the first qualifying round of the Champions League, which takes place at UEFA HQ in Nyon on Sunday, 9 August, I’m reviewing the 17 potential opponents who lie ahead for Celtic.

With all but one of the possible options now known, we’ve already covered the first six and you can check them all out below… 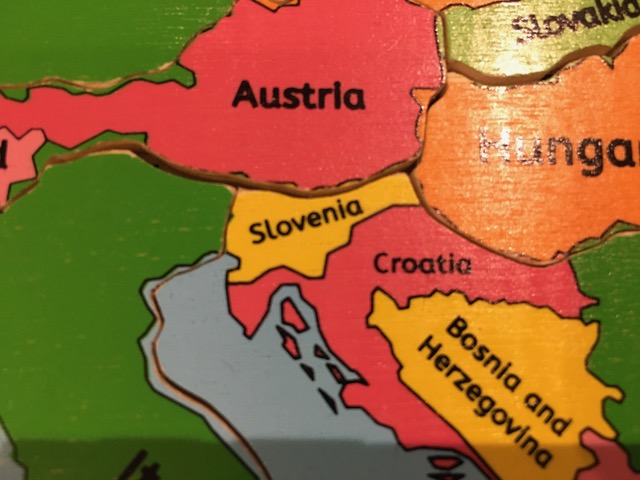 Nogometni Klub Celje will represent Slovenia in the 2020/21 Champions League. They have a UEFA co-efficient of 2.6, compared to Celtic’s 34.

NK Celje celebrated its centenary seven months ago, having been founded on 28 December 1919 in Celje, a town in eastern Slovenia. 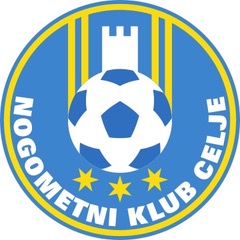 Celje’s colours remind me of a ‘reverse Leeds United.’ Home kit is blue shirts and socks with yellow shorts, whilst the away outfit is all-white with blue and yellow trim.

NK Celje has two nicknames, Grofje (the Counts) and Rumeno-modri (the Yellow & Blues).

NK Celje clinched their first-ever Slovenian PrvaLiga last week, (this link to the left shows you the highlights) a fitting way to celebrate their centenary season. They finished the 10-team division two points ahead of both defending champions NK Maribor and Olimpija Ljubljana. 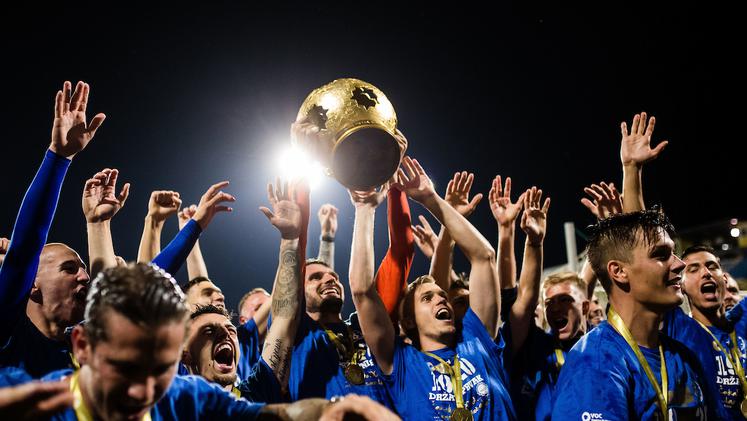 Whilst this was a first national title for NK Celje, they share the distinction with NK Maribor of being the only clubs to have remained in the top division since the PrvLiga began in 1991. They lost the title on the final day to Maribor back in 2003, and finished runner’s-up to the same club again in 2015, albeit this time by nine points. They have won the Slovenian Cup once, in 2004/05, whilst losing a further eight finals. Pre-independence, NK Celje’s highest achievement was to reach the Yugoslav Second League in 1964.

NK Celje has competed in one of the three major European competitions six times. They made their debut in the Cup Winners’ Cup of 1993/94, losing by a single goal to Denmark’s Odense.

In the UEFA Cup a decade later, they hammered Belasica of Macedonia 12-2 on aggregate, before losing by the odd goal in seven to Israelis Maccabi Haifa.

Two years later, a 1-0 first leg lead against Levski Sofia was overturned in Bulgaria in the same competition and the last three campaigns have ended in the first qualifying round of the Europa League, to Dacia Chisinau of Moldova , Norway’s Tromso and Poland’s Slask Wroclaw.

Celtic and NK Celje have never met in European competition.

The only Slovenian club Celtic has played is NK Maribor, which is a tie we would probably rather forget. The meeting occurred in the Play-off round of the 2014/15 Champions League, Ronny Deila’s Hoops having survived a 6-1 aggregate defeat by Legia Warsaw when the Poles introduced a late, ineligible substitute at Murrayfield with the tie all but complete.

An early Callum McGregor strike in Maribor, a third successive away goal on the continent for the youngster in his debut season, set Celtic up perfectly for a decent away result, and despite the hosts equalising through Damjan Bohar 10 minutes later, the visitors enjoyed the better chances and headed home with a creditable 1-1 draw. 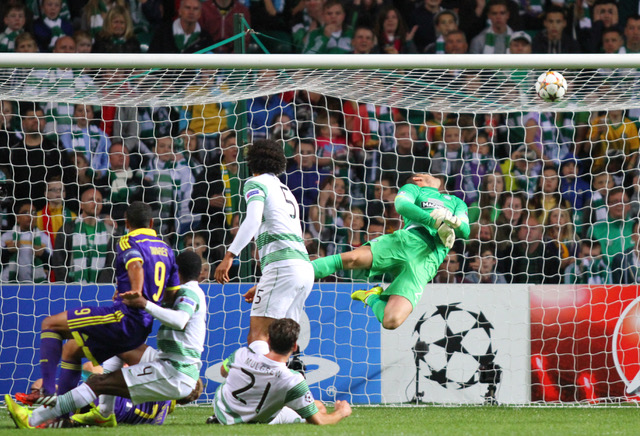 The return in Glasgow six nights later was one of those games where Celtic did everything but score, only to be sucker-punched late on in the match. Having passed up several good chances and struck the crossbar through McGregor, Maribor’s Brazilian captain Marcos Tavares looped a shot over Craig Gordon with 15 minutes remaining to silence the 60,000 supporters inside Celtic Park and drop Deila’s men into the Europa League.

Here is the Celtic team photo from that game against Maribor, with Callum McGregor being the only player still at the club. 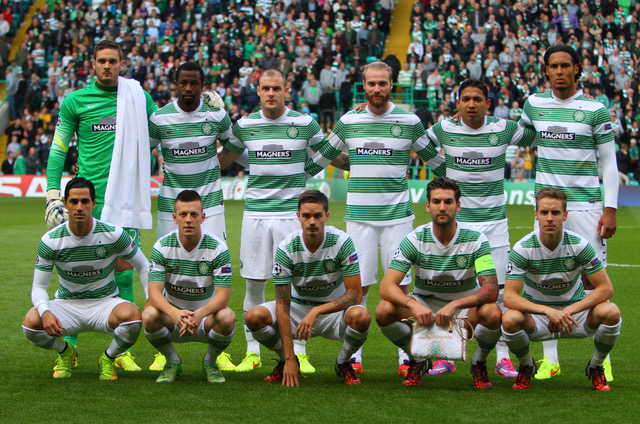 UEFA Champions League Playoff Round Qualifier match between Celtic and Maribor from Celtic Park. Celtic team lineup before the match

The bulk of the NK Celje squad hail from Slovenia, whilst there are also players from Croatia, Lithuania, Moldova and Bosnia-Herzegovina. Star men last season were Croatian striker Dario Vizinger, who top-scored with 23 League goals, and Slovenian playmaker Mitja Lotric, whose 18 goals and 11 assists won him the country’s Player of the Year award.

The manager of NK Celje is former Olimpija Ljubljana and Slovenia midfielder, Dusan Kosic, who will celebrate three years in charge next month.

I hope you enjoyed that look at the seventh of our potential European opponents and our past links with clubs from that country.

A Mug’s Game – 79% of bets on Scottish Premiership favour the Rangers to win title but Celtic remain odds on favourites | The Celtic Star https://t.co/qEmcHjOesD

“In front of 60,000 fans or nobody, I want to win,” the hunger that drives Celtic captain Scott Brown | The Celtic Star https://t.co/O5uimoWV1U

Previous ArticleAlfredo’s petted lip and why Celtic could be the biggest winner in this transfer saga
Next Article Celtic v Hamilton Preview – “I want to thank all of you for your incredible support throughout these difficult times,’ Neil Lennon