You are at:Home»Latest»‘No memory of such a massive presence of visiting fans,’ Spanish journalist

SPANISH journalist Cayetano Ros, writing in local paper Levante, had this to say about the massive Celtic support which arrived in valencia this week and cheered the team in the Mestalla, or in bars and cafes for those forced to watch the game on television.

“At the end of the meeting,” he said, “the Celtic fans, and despite the elimination, continued to sing and cheer their players as if football, in fact, was just an excuse to be happy. No defeat takes away that happiness.

During Celtic fans’ time in Spain’s third biggest city footage emerged of clashes with police. A handful of supporters were arrested.

“Some Glasgow Celtic fans stopped traffic in some parts of the city and broke bottles,” it said in Super Deporte, “as well as urinating in the street, after the Europa League match. 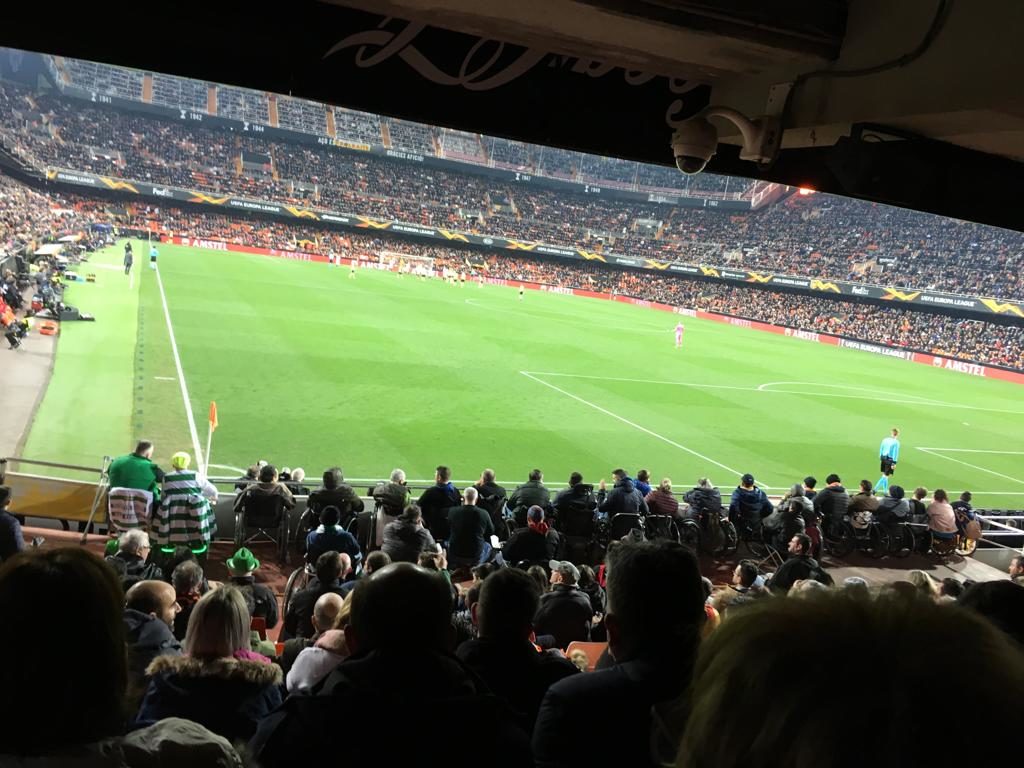 “According to police sources, the incidents caused many phone calls to the police to report what happened, but an hour after the game there were no arrests.”

JM Bort, writing in Levante, bemoaned the mess left behind by Celtic fans after they congregated in areas of Valencia to drink.

“The Celtic fans leave their mark,” the report by Cayetano Ros said.

“The massive exodus of Celtic fans from Glasgow to Valencia left new incidents yesterday and many tons of waste in the streets.

“The police had to charge against drunken fans in an Irish pub in the area of ​​Canovas and a follower was injured when falling to the channel from the Puente de las Flores while doing a selfie.

“The day could not be totally calm. It was impossible. With more than 7,500 Celtic fans on the streets, with excessive alcohol levels in the blood and adrenaline fired, some isolated incident fell within the police’s forecasts, no matter how peaceful the Celtic fans passed on.

“Except in the Copa del Rey finals held at Mestalla, there is no memory of such a massive presence of visiting fans meandering through the squares and streets of the city, from Ciutat Vella to Mestalla, passing through the Pla del Remei and the Ensanche.

“It was rare the Celtic fan who had not spent yesterday drinking beers, one after another, in the most emblematic areas of the city: Plaza de la Reina, Sant Jaume or La Virgen.”

Previous Article‘Except in the Copa del Rey finals, there is no memory of such a massive presence of visiting fans,” Spanish journalist
Next Article Brendan Rodgers calls for “Zero Tolerance” on Sectarian Chanting