Not only to Sky Sports continue to annoy the Celtic support by having the sneering former Ibrox striker (who played for both of their clubs) on pundit duty at Celtic games but the subscription broadcaster is now trolling our support about his return at Dingwall tonight.

St Johnstone fan and Sky Sports Presenter Eilidh Barbour has posted a photograph of Boyd’ big bow-face annoyingly announcing his return for this evening’s 7.30pm kick-off against John Hughes’ bottom of the table side. Last week Sky Sports had Shaun Maloney, who is coaching at an incredibly high level with Belgium, on as a pundit for the St Johnstone v Celtic match and he gave us more insight into the tactical side of the game in one afternoon that Boyd has in the entire time he’s been paid to talk about football. 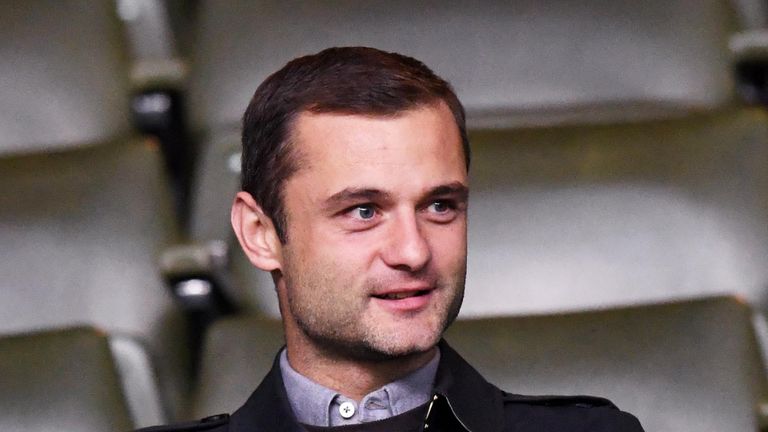 But Maloney is out today. There is no place for John Collins. The success of Gordon Strachan and Tosh McKinlay on Celtic TV during the week has been ignored and we all have Kris Boyd to look forward to listening to this evening. Maybe worth avoiding tuning in until as near to kick-off as possible folks.

“We’re back with the Scottish Premiership on Scotland Sky today at the later time of 7pm for RossCounty v Celtic,” Eilidh Barbour tweeted this morning. “Have a lovely Sunday and we’ll see you later.”

We’re back with the Scottish Premiership on @ScotlandSky today at the later time of 7pm for @RossCounty v @CelticFC. Have a lovely Sunday and we’ll see you later 🤗 #SPFL pic.twitter.com/kMawJde2Tq

Previous ArticleImagine The Emirates Paradise – Would you support a Dominic McKay Stadium Rights Initiative?
Next Article Opinion – Neil Lennon’s comments can easily be dismissed as defensive or self-serving