CELTIC have confirmed that the club will NOT appeal the two match ban handed down to Jozo Simunovic by UEFA on Friday. The big defender had sat out last week’s 3-1 win over Rosenborg and it was hoped that the ban would remain at one match.

However UEFA increased the ban to two matches on Friday and have outlined their reasons to Celtic today.

“Having taken a close look at the decision by UEFA’s disciplinary panel to increase the original one-match suspension the feeling is it would be too big a gamble to appeal against it,” a Celtic source is quoted as telling a tabloid newspaper. 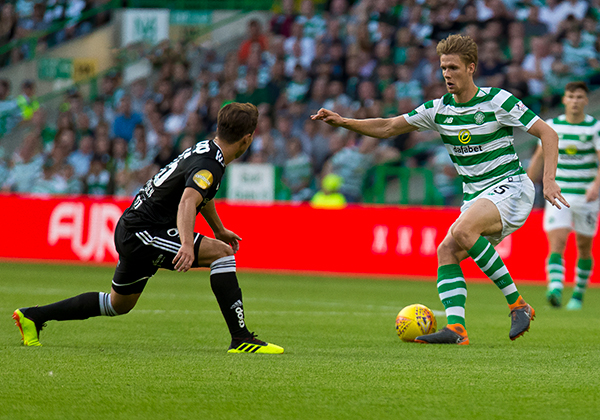 “The list of precedents show they are unlikely to have a change of heart so it makes more sense for the player to serve out this suspension now rather than be ruled out of the next tie, be that against AEK in the Champions League or Cork in the Europa League.”

Celtic will probably go with an unchanged back four from last week’s game on Wednesday and Rosenborg will look to target Celtic’s relatively inexperienced central defence of Jack Hendry and Kristofer Ajer.

An option for Brendan Rodgers though would be to bring in Mikael Lustig who is busy getting himself up to speed after returning from his post World Cup fortnight’s break.