You are at:Home»Latest»Norwich set to offer improved bid of £12m for Celtic’s Kris Ajer

Celtic are set to have their resolve tested with a £12m plus add-ons deal from Norwich for Kris Ajer. The 23-year-old has already stated his intention to move on this season but will be due to arrive at the pre-season camp in Wales today as no deal has yet transpired.

According to The Daily Record, Daniel Farke’s side will improve on their opening bid with a lucrative sell-on package that will certainly stand out to Ange Postecoglou and new CEO Dom McKay. 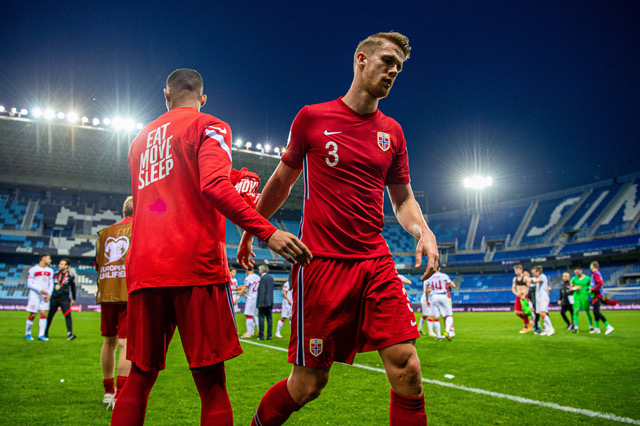 Celtic have already rejected two bids of £10m from Norwich and Bayer Leverkusen as the club’s valuation was not met; however, it is widely expected that he will leave in the summer with the new manager eyeing Mario Vuskovic amongst others ahead of a summer rebuild. It will probably take about £12.5m to get Ajer but the club will want to maximise their value ahead of the rebuild. The club need to get the best possible deal for one of their best talents.

Ajer joined Celtic from IK Start in 2016 for £500,000 as a midfielder; however, Brendan Rodgers retrained the youngster as a central defender and he went out on loan to prove his worth. He has enjoyed great success in the time that he has had at the club, being a pivotal part of the Quadruple Treble, even scoring the goal that sealed it against Hearts.

Incidentally IK Start have a 10% sell-on clause in their deal with Celtic so stand to collect just over £1m from the fee Celtic would receive from this proposed deal for the Norwegian defender.

Previous ArticleCeltic to pay around £350k for promising young pair
Next Article Photo: Greg Taylor poses in ‘leaked’ Celtic kit ahead of launch