You are at:Home»Latest»“Not many people in the world get to put on the Celtic jersey,” Conor Hazard

It has been a traumatic season but if we are to look for silver linings then the emergence of young stars like David Turnbull, Ismaila Soro and Conor Hazard surely are positives that will stand Celtic in good stead for years to come.

Hazard was back in goals the other night against Hibs as makeshift side almost managed a win and Hazard almost got the clean sheet his BBC Man of the Match deserved. Yet a dreadfully disappointing late goal for Hibs – after the stupid concession of a free-kick by Diego Laxalt saw Hazard, Duffy and McGregor all culpable in crazy defending to allow Hibs to take a point from the game.

The makeshift Celtic side, without the self-isolating stars due to the Dubai folly, have to go again tomorrow against a bang on form Livingston – who we also play again on the “all-weather” plastic pitch at the Tony Macaroni in midweek, weather permitting – they have had their last two attempts at playing their fail due to the eh weather conditions. First a frozen pitch then a waterlogged one – why not just have grass? 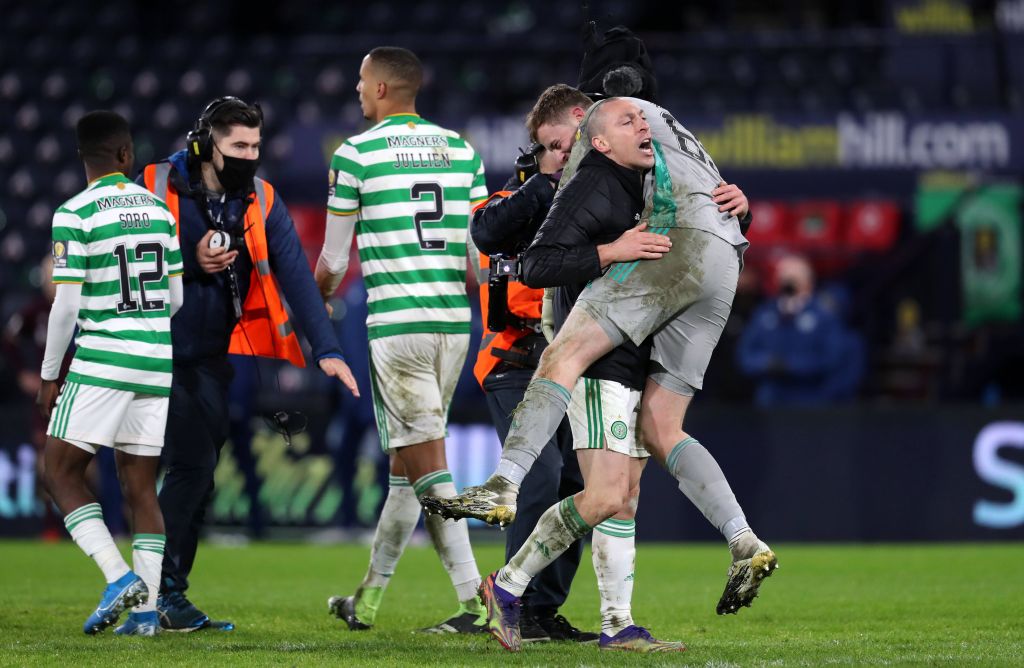 “We know the way Livingston like to play and we have to be prepared for that,” Conor Hazard told the official Celtic website.

“As a goalkeeper, I hope that we can play tight at the back and I can maybe make some saves as well as we target three points for the team. We’ve then got Livingston again in the next game on Wednesday, but our full focus is on Saturday’s game.”

Hazard could have hardly expected that events of this season that has seen him thrust into the limelight firstly to face – and defeat French high flyers Lille in the Europa League match at Celtic Park and rather spectacularly to play in a Scottish Cup Final – in December – and to make two saves in a penalty shoot out against Hearts that turned defeat into victory and secured the Quadruple Treble, an achievement greater then the 9-in-a-row Celtic won in May, as that had already been done twice before, by Celtic in 1974 and the now deceased Rangers FC in 1997. 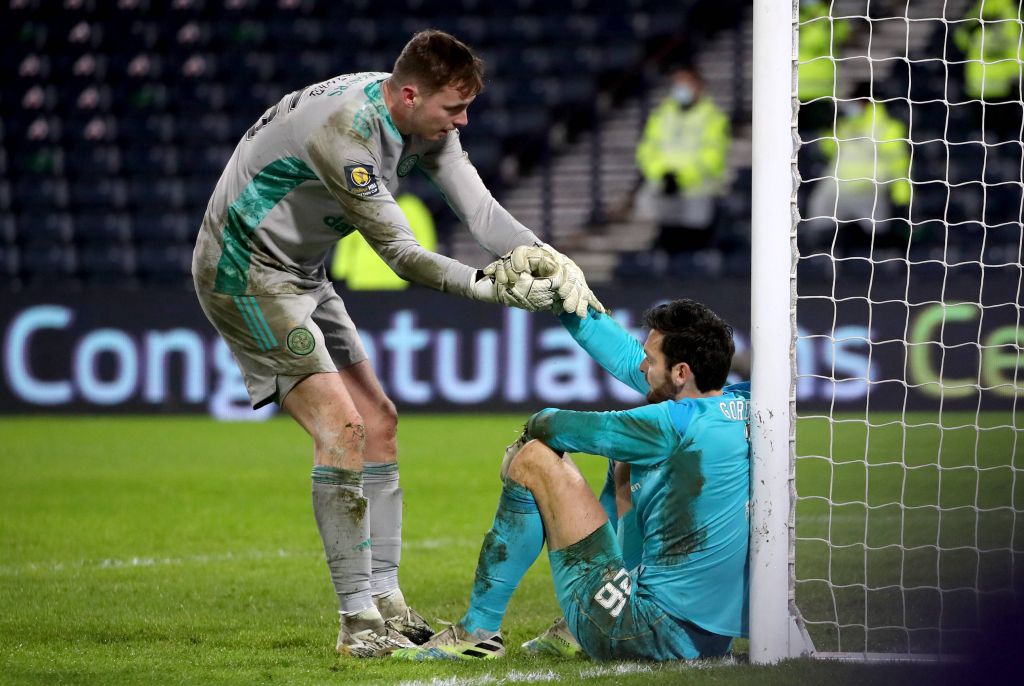 “Not many people in the world get to put on the Celtic jersey, so I’m sure the younger guys coming into the squad this week felt the same way I felt recently,” Hazard said. “It’s always an honour and anyone who gets the chance to do, so at a young age can take a real boost from that in their upcoming years.

“For me, it’s always about trying to get that experience of playing at this level, playing under pressure in every game and making sure every performance needs to count. My only advice to any of the younger guys coming in, having experienced it myself recently, is to enjoy it. There’s no point in playing football if you don’t enjoy it.

‘We know we’ve got the quality of players coming through as well, especially from all the youth levels here at the club, and those guys are all confident in their ability. They wouldn’t be at the club if they weren’t good enough to play and step up as and when required.’

“It’s less than ideal to have the gaffer and Kendo missing in the dugout at present, but Gavin is more than capable of leading things in their absence. On Monday, he was very good with everybody, and he’s got a lot of respect in the dressing room. 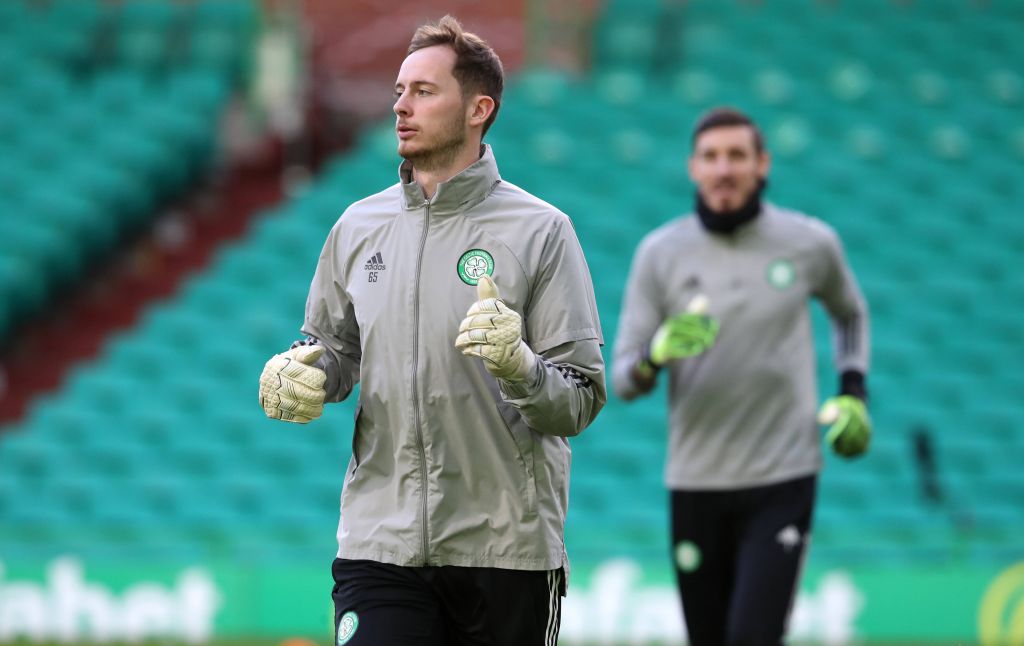 “I’ve also worked with Tommy McIntyre loads coming up through the youth as well, so it was good to see some familiar faces in there, and Woodsy was, of course, there as well. At this club, you need to be prepared to play in any scenario. I thought we did well against Hibs and given how the game went at the end, I didn’t think we deserved that,” Hazard said.

“I’m confident in my own ability and I know that whenever I’m called upon I need to be ready to perform. We’re very disappointed with the game on Monday night – we felt we’d done enough and deserved to come away with a victory – but, at the end of the day, it needs to be about how we bounce back again.”