You are at:Home»Latest»“Nothing Close At The Moment,” Says McAvennie On Celtic’s Managerial Pursuit

Celtic fans are becoming increasingly frustrated at the lack of a managerial appointment in Paradise. However, their wait looks set to continue, at least if Frank McAvennie’s comments are to be believed.

McAvennie wrote in his regular column for Football insider: “The more we go on, the more people are getting annoyed, it’s too long to appoint a manager. I’m not happy with it but that’s Celtic, we shouldn’t expect anything else from them.

“It’s same old Celtic. I just hope there will be something coming out that I don’t know about but, from what I’m told, there’s nothing close at the moment.”

McAvennie has made various claims about the goings on at the club in recent months, but hasn’t named a source. Nevertheless, he was a great Celtic player and so it is not beyond the realms of possibility that he would know someone that is privy to information at Parkhead.

Eddie Howe was the number one candidate, who was widely reported to be in advance talks with the club before something held up that process when a deal was agreed in principle. Since then, we’ve had much speculation as to the stumbling blocks, whilst Roy Keane’s name has re-emerged alongside Lucien Favre and bizarrely, Jose Mourinho. 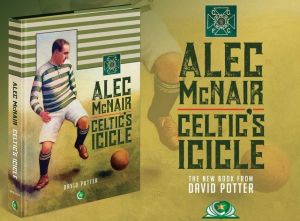 Previous ArticleKenny Dalglish Predicts How Scotland’s Big Two Would Fare In A British Super League
Next Article “On The Verge Of A Stroke Every Time The Ball Went Towards His Feet,” Ntcham’s Marseille Nightmare Worsens As Midfielder Receives Stinging French Press Criticism