You are at:Home»Latest»Ntcham ‘excited’ for Swansea challenge after Celtic departure

Former Celtic midfielder Olivier Ntcham has joined Swansea City on a three-year deal. The 25-year-old midfielder was released by Celtic at the beginning of August and now, he has agreed to join the Championship side who are managed by ex-Rangers defender Russell Martin.

Speaking to the Swansea website as he was announced, Ntcham said he wanted to get back playing games and has a good feeling from the manager that he will be able to do that.

“I am really excited because this is a new challenge in my life and in my career. I want to get down to playing games and get back on the pitch.

“This is the right club for me because my priority was to play, and not to go somewhere and stay on the bench or only play some games. I want to play as many games as possible.

“When I was on the phone to the coach, I got a good feeling. He has a clear idea of the way he wants to play, it fits with my style of football and I think this was the perfect choice for me.

“It was great to get out and train, it was enjoyable. I had been training alone for over a month so it was difficult, and it was so nice to be back out on the pitch with a team.” 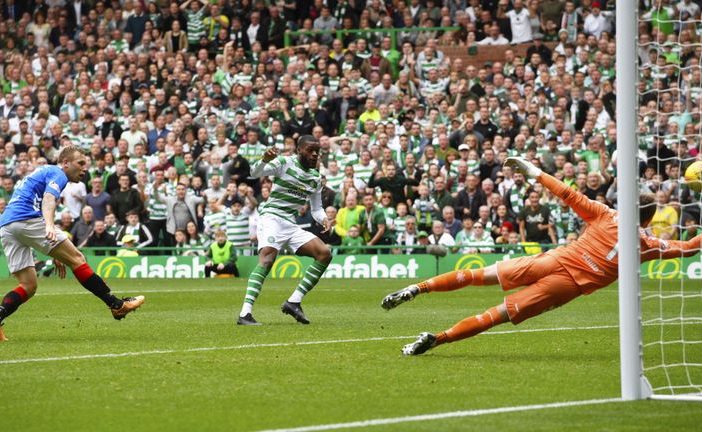 Celtic and Ntcham came to an agreement on August 1st to part ways meaning he has had all that time to train and keep fit in the hope of getting a new club. He said that it was tough on him but he will be looking forward to get started.

“It has been tough, I was in Paris with my family and I was working in the camp in Clairefontaine.

“It is a famous camp, but it is still difficult because you don’t know if the sensations are right when you don’t have opposition in front of you. So, I am glad to be back on the team.”

Martin and his DoF Mark Allen saw Ntcham score against Rangers in 2018. On his day, he is an excellent player and he will likely impressive in Wales given the brand of football and, hopefully, get his career back on track.

The Frenchman joined from Manchester City for £4.5m in 2017. The player blew hot and cold across a three-and-a-half-year spell before his loan move to Marseille in January. It looked as if he would make the switch permanently back to France but endured a torrid time resulting in him coming back to Glasgow. However, the player departed and Celtic signed James McCarthy. The club will rue rejecting a £12m bid from Porto in 2019 when it appeared that the player wanted to leave the club.