You are at:Home»Latest»“Oh Harry, Harry…Oh Harry Hood”: The end of the chant and an era, as Lou skips to his Parkhead exit

“Oh Harry, Harry…Oh Harry Hood”: Part 18: The end of the chant and an era, as Lou skips to his Parkhead exit

There were two very different matches for the League Cup finalists seven days after their efforts at Hampden had seen the trophy head to Leith for the first time. Strangely, only 12,000 supporters turned up at Easter Road to welcome home their heroes with those who didn’t missing a goalfest which started after only 12 seconds. Ayr United were put to the sword as Hibernian won 8-1, their Hampden goalscorers Pat Stanton and Jim O’Rourke contributing four of those, the latter with a hat-trick. Runner’s-up Celtic had a much trickier afternoon in the mud of Gayfield, losing a goal to Arbroath within 30 seconds.

It took two late strikes from Harry Hood to avoid a shock defeat and maintain their four-point advantage over Hibernian at the top of the table, ahead of the League clash between the teams the following Saturday.

More than 45,000 supporters headed to Celtic Park on Saturday, 23 December 1972 for the third successive pre-Christmas clash there between Scotland’s top two sides. Aberdeen had won then drawn in the previous two seasons, albeit Celts had recovered to claim the title on both occasions. Jock Stein went with the following for this latest summit meeting.

The three main talking points of the first half all went against the yellow-clad hosts. Firstly, a linesman’s flag robbed Harry Hood of a critical goal, after a Dixie Deans header had come back off the crossbar. Then a Jimmy Johnstone in dazzling form came off worst as the meat in a Pat Stanton and Jim O’Rourke sandwich – those two again – the winger forced to limp off the Parkhead pitch just before the half-hour, Bobby Lennox replacing him. Then eight minutes from the break, the tall figure of Alan Gordon stole in, to head yet another goal against Celtic.

The second half consisted of a siege towards Jim Herriot’s goal. Within eight minutes he was beaten, as Hood’s spectacular long-range shot hit his post then rolled along the line behind the Hibernian keeper before rolling to safety on the other side of the goals. Just as we were marking this one up as ‘one of those days,’ the Bhoys struck. With 12 minutes remaining, George Connelly’s exquisite pass released Davie Hay down the Jungle right, his pinpoint cross finding the head of Kenny Dalglish, for the young King to glance past Herriot for 1-1. 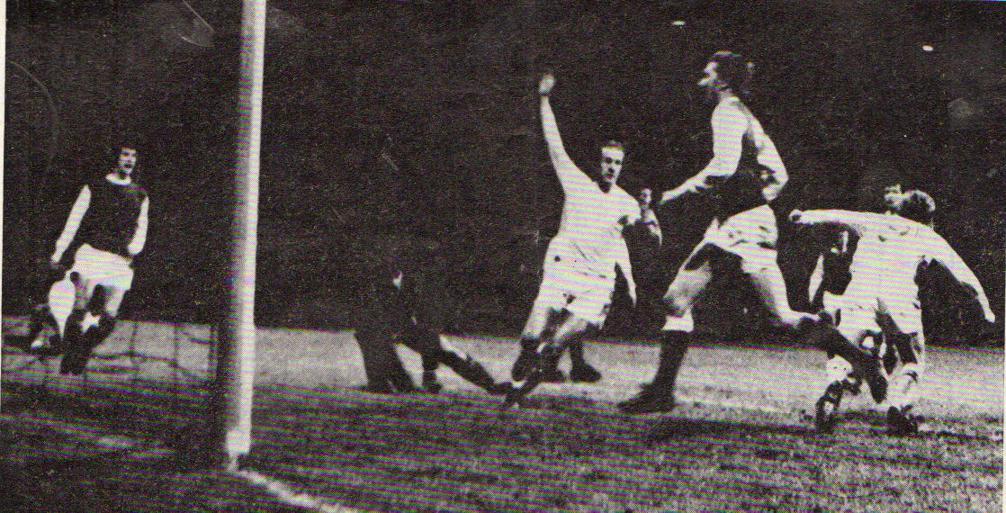 In the dying minutes, the woodwork saved the Edinburgh men once more, this time substitute Lennox producing some magic which deserved to win the match, his shot from outside the box beating Herriot but this time crashing off his crossbar, as the game ended a point apiece.

As 1972 gave way to 1973, there were a number of setbacks at Celtic Park which had the potential to derail any thoughts of an eighth successive championship win. Firstly, Jock Stein was taken to hospital after complaining of heart pains, where he would remain for a further fortnight, thus missing the three crucial matches planned for the holiday period.

Then a flu epidemic which had begun with skipper Billy McNeill and playmaker Harry Hood spread to include a further six first-team players, causing the cancellation of Celtic’s visit to Rugby Park then the home game with Morton on New Year’s Day. In the meantime, Hibernian would beat Aberdeen 3-2 at Easter Road before enjoying an incredible 7-0 win at Tynecastle to join Celts at the top of the table, albeit having played two games more. Even third-placed Rangers were now in the title mix, one point behind having played an additional three games but due to host the Bhoys the following Saturday.

In the days when the original Rangers claimed 1873 as their starting point, they would open their Centenary Stand – basically the old covered enclosure with benches – with a win over the team who had been their fiercest rivals for the majority of that first century. The only goal of the first half came, controversially, via the spot, Pat McCluskey harshly penalised by Bothwell referee John Paterson for a challenge on Alex MacDonald, Derek Parlane seeing his kick saved by Evan Williams but reacting first to squeeze the ball home at the second attempt. 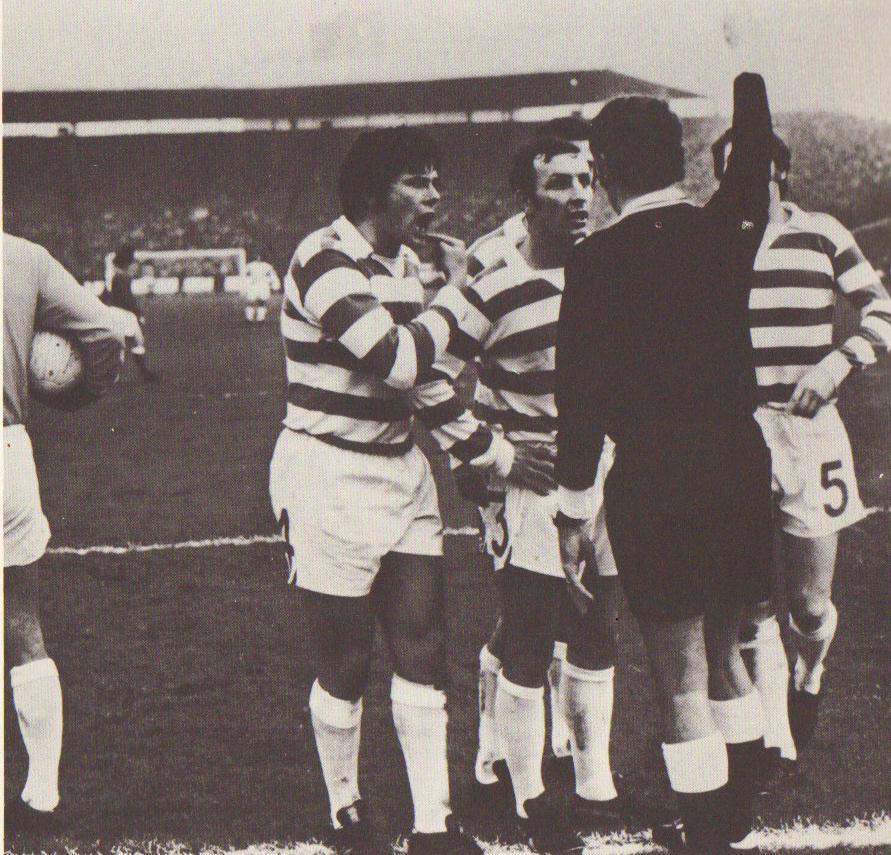 Six minutes after the interval, Celts found an equaliser, Dixie Deans instinctive shot deflected past Peter McCloy by Dave Smith, the only goal he would score in Celtic’s colours against Rangers. 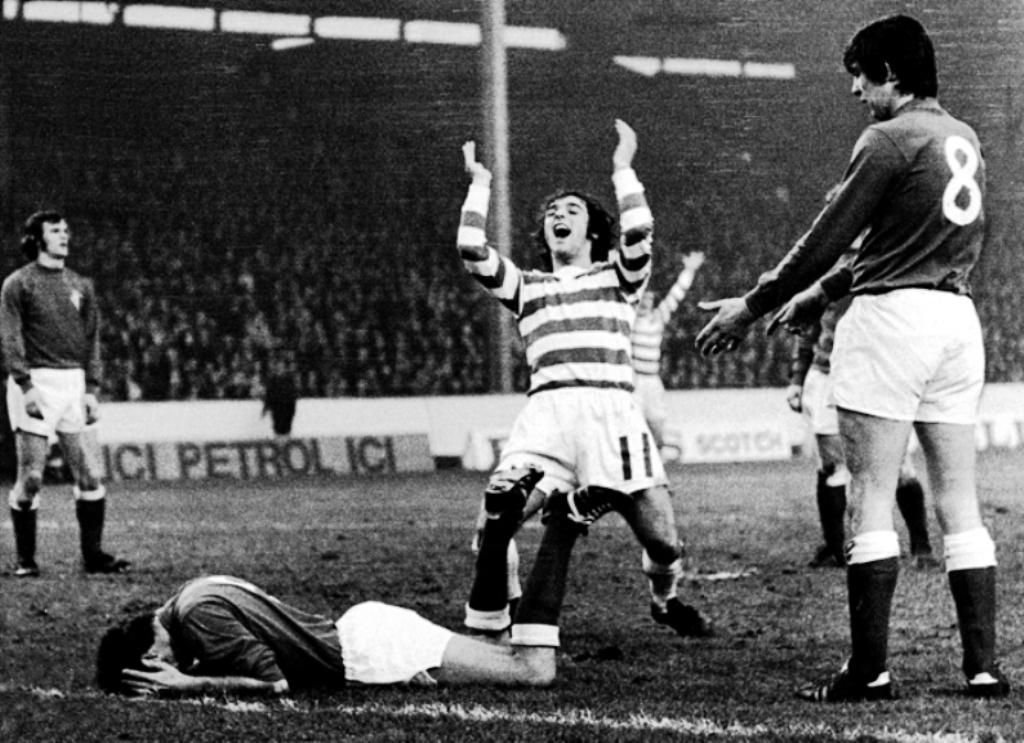 With Celts now in the ascendancy and Interim Manager Sean Fallon introducing Harry Hood for Pat McCluskey, the Hoops were caught by a sucker punch, Alfie Conn glancing a header past Williams in the final, agonising seconds to allow the Ibrox men to leapfrog their visitors into second place behind Hibernian, narrow 1-0 winners over East Fife that afternoon.

The weekend then went from bad to worse, as Lou Macari handed in a transfer request, citing that the Scottish game was dying and his desire for “a better, more decent life in England.” This was the first time I could recall any ‘first-pick’ Celtic player asking to leave the club. Many of the Lions had, of course, moved on since 1971, however, for most of those it was to prolong a career after they had dropped out of the first-team picture, whilst for others they had been sold after decisions made in the boardroom rather than being driven by the player. Sadly, there would be many more taking this path over the coming years, with ‘one-club men’ becoming very much the exception.

Macari would be missing from the team for the next League match, against Dundee at Celtic Park on Saturday, 13 January 1973, replaced by Harry Hood, whilst Danny McGrain came in for the injured Davie Hay at right-back and Bobby Murdoch for Pat McCluskey. Jock Stein made a welcome return to Paradise, the Boss given a huge ovation from the crowd as he took his seat in the stand before kick-off. 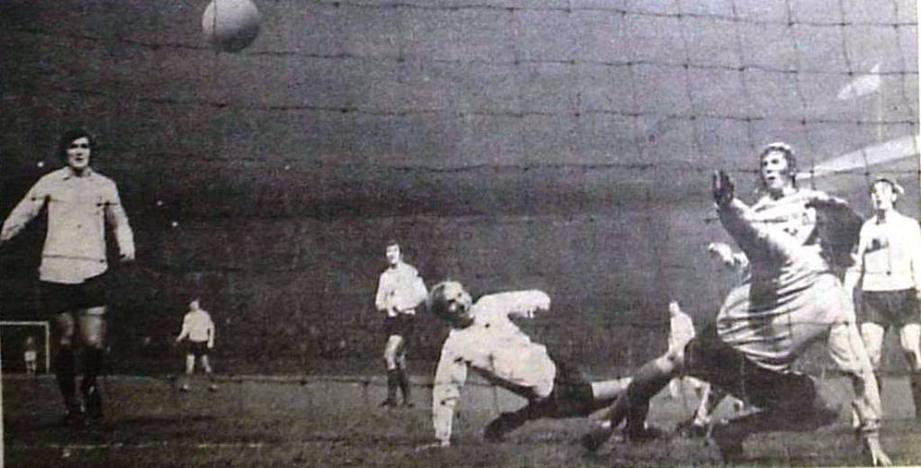 The four previous meetings between the clubs this season had been dramatic and this would be no exception, the returning Hood the best player on the pitch as he set up chance after chance for his teammates. It was Harry’s cross which allowed Jimmy Johnstone to give Celtic the lead on 15 minutes, and he would do the same for Kenny Dalglish as the match entered its closing 10 minutes level at 1-1, Doug Houston’s deflected effort on the half-hour having earlier restored parity for the Dens Park men. 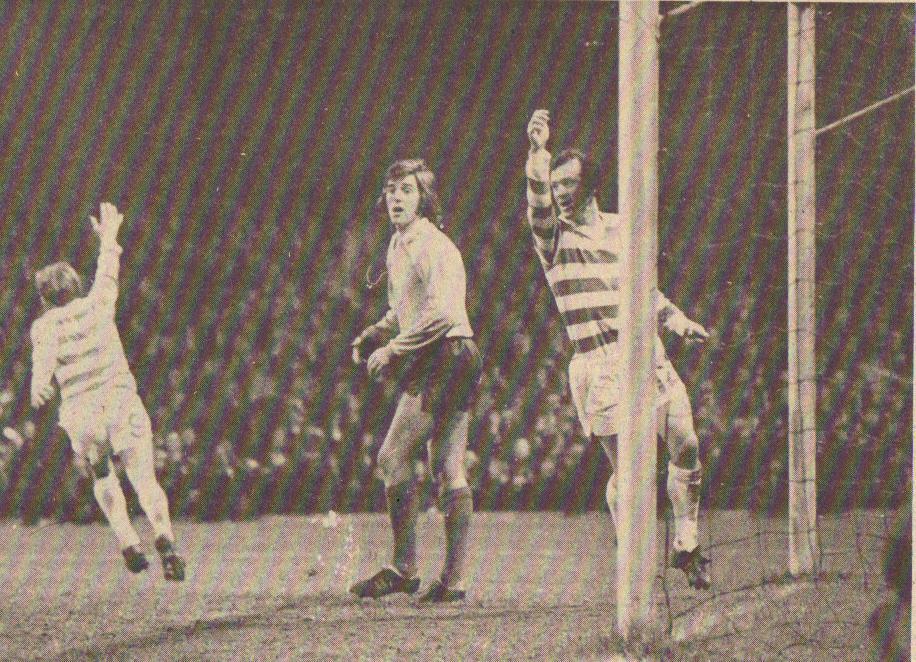 That winning goal would prove crucial as news filtered through that Hibernian had lost at Tannadice, enabling Celts to catch up with them on points. Rangers were now the leaders by one point, having played three games more.

The worst-kept secret in Scottish football was revealed on Thursday, 18 January 1973, when Lou Macari became the first of the Quality Street Gang to leave Celtic for a big-money move south of the border. Despite travelling down to Anfield with Sean Fallon to have a look around Liverpool, it was no surprise when new Manchester United manager Tommy Docherty signed a £200,000 cheque to take the man he had capped whilst Scotland boss the previous year to Old Trafford. Whilst Macari had managed 58 goals in 110 appearances in the Hoops since making his debut at Somerset Park in August 1967, he had only really emerged as a regular fixture in the first team three years later, with around half of those tallies achieved in the Double-winning season of 1971/72. Now, just eight months later, it appeared he was leaving the scene as quickly as he had arrived. What now for the “Harry, Harry, Lou Macari,” chant? 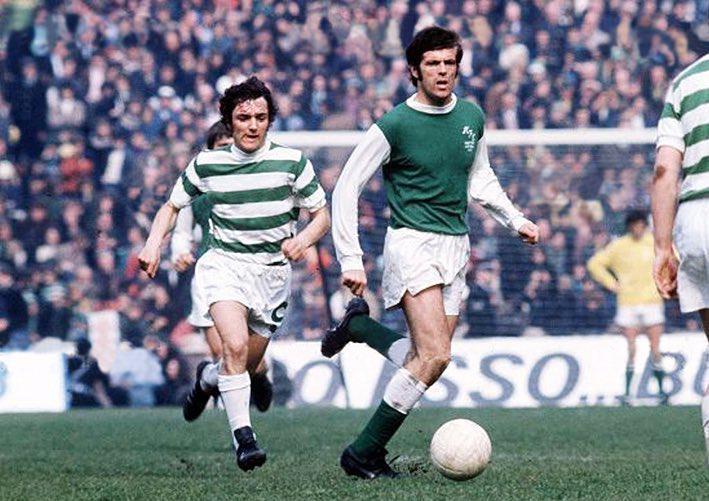 A new era in football transfers involving Celtic as a selling club had just commenced. Which of our prized assets would be next, we wondered, as the vultures circled Glasgow’s east end?