You are at:Home»Celtic on This Day»On this Day…’An era ending, Celtic win the league at Easter Road,’ Matt Corr

SATURDAY 16 April 1977 was a red-letter day for Celtic fans of a certain vintage, as the Bhoys won the championship title at Easter Road, our first Premier League triumph following league reconstruction and Celtic’s 10th title win in 12 years under Jock Stein. 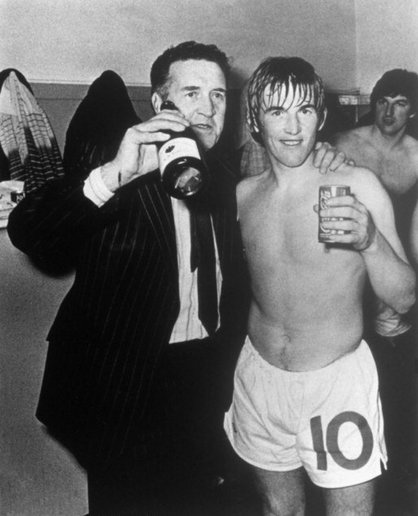 As a 16-year-old schoolboy – all ‘Walk On’ scarf, flares and feather-cut – I made my way excitedly through to Edinburgh, to witness my first title as an independent adult.

Dad had taken me to see a number of previous title clinchers. There was Tynecastle in 1970, where even Jim Cruikshank saving Tommy’s penalty couldn’t prevent 5-in-a row.

A Thursday night at Hampden against Ayr United, as work on our new Main Stand commenced and shortly before the Lions’ last hurrah, where we equalled Willie Maley’s six consecutive championships, followed by a sunny day in Methil, when we went one better. (This match was featured on The Celtic Star yesterday – read HERE).

I had also been to Brockville in 1974, where Kenny’s shot from just outside the box gave us the point we needed for 9-in-a row. However, a packed Easter Road in 1973, where perhaps Jock’s last great team, featuring McNeill, McGrain, Johnstone, Deans and Dalglish, made it an eightsome reel, was deemed a risk too far for his then, very disappointed, 12-year-old son. So this would be a first. 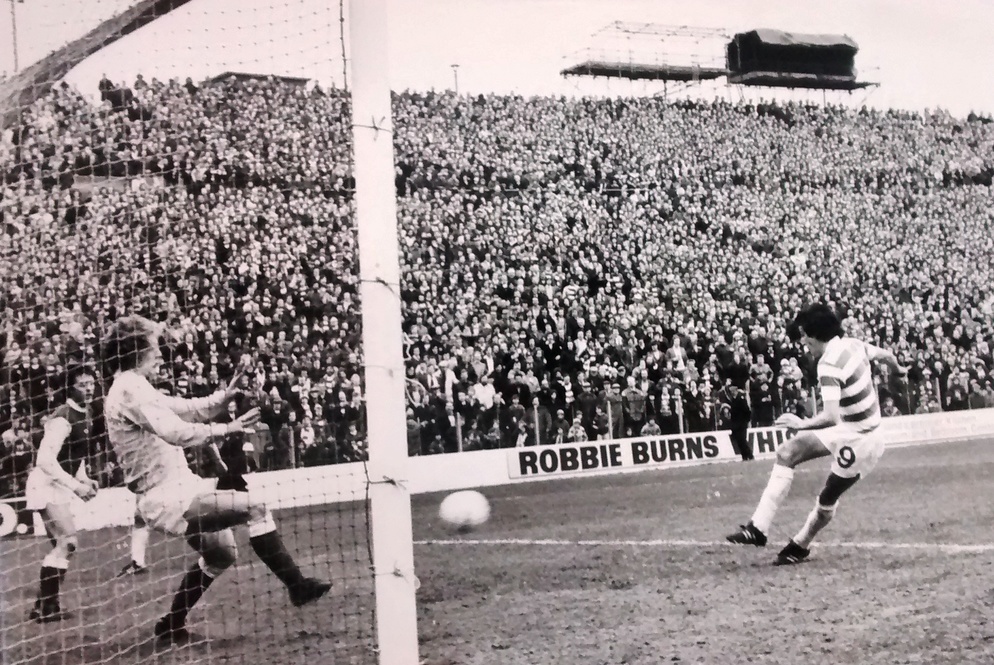 It had been due to happen the previous midweek, at Fir Park where the nine began, however two late own goals from Andy Lynch rewrote that particular script. So it was off to Edinburgh ‘in the green, in the green’ on the Saturday.

The controversial Hibs owner/chairman, Tom Hart, the man who would later bring George Best to Easter Road, had formed his own one-man campaign against the increasing television coverage of football, by banning cameras from the game.

Hibs chairman bans all film crews from the game and post-match celebrations. pic.twitter.com/ntbp3Ji0Ln

Thus only the 22,000 or so fans in the ground, less than half the crowd present in 1973, would witness Celtic’s latest triumph.

The game itself was disappointing, however a solitary goal from Joe Craig in the second half meant the title was returning to Celtic Park after a three-year absence. Joe had signed from Partick Thistle earlier in the season, essentially to replace Dixie Deans, and was having the season of his life. A fabulous winning strike at Ibrox in November, four goals against Airdrie in the Cup and a Scotland cap (and goal) against Sweden at Hampden, meant that 1976/77 would be the pinnacle of his career. 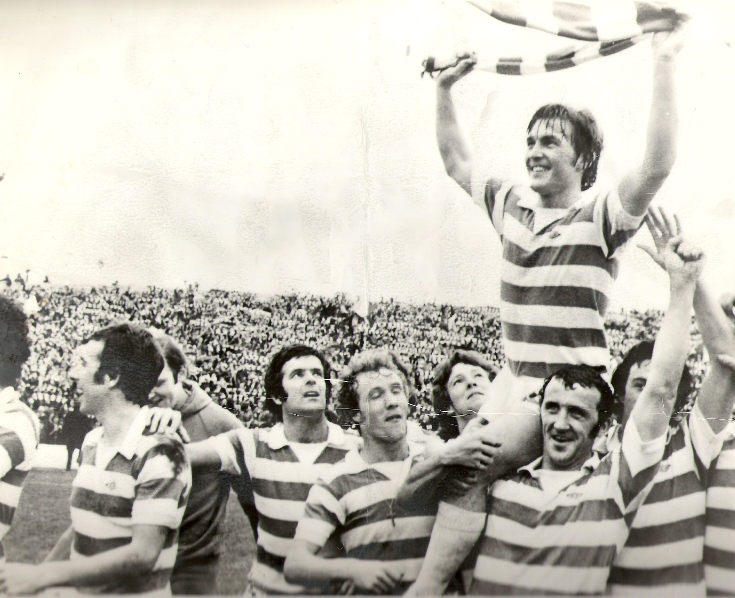 The team was captained by Kenny Dalglish, in his final season at Celtic, and he savoured the moment as he was carried shoulder-high around the Easter Road pitch at full-time to a sea of green, white and noise from the large travelling support.

The following month at a rainy Hampden, he would lift the Scottish Cup, thanks to an Andy Lynch penalty against Rangers.

Only an unfortunate extra-time defeat to Ally McLeod’s Aberdeen in the League Cup final in November, had prevented what would have been Jock Stein’s third domestic treble. An era was ending at Celtic and it would take another two years before a memorable night at Celtic Park would see the title return to Paradise. 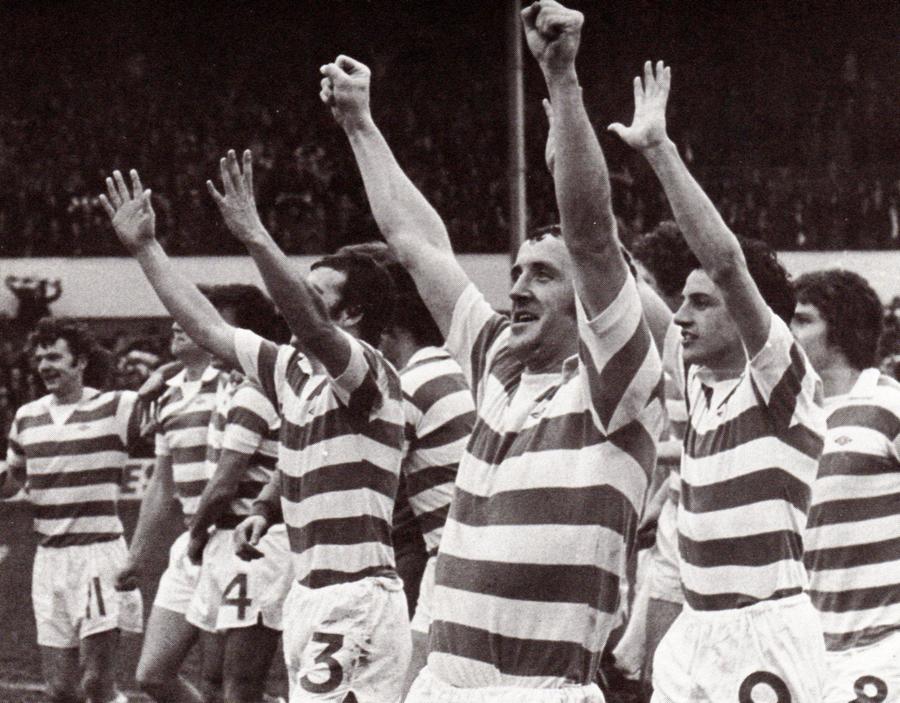 But that’s for another day…

WANT TO WRITE FOR THE CELTIC STAR? – If you fancy writing for The Celtic Star, on any Celtic related subject of your choice?  If you do please email your contribution to editor@thecelticstar.co.uk and we’ll get it on the site…this is how it feels!