You are at:Home»Latest»On This Day: Brendan Rodgers’ Celtic dismantle Killie despite wonder goal

On This Day five years ago, Celtic hosted Kilmarnock at Celtic Park and took them apart 5-1. The Rodgers’ Revolution was begining to take shape, after a somewhat underwhelming tenure of Norwegian, Ronny Deila.

This game would also signal the beginning of the end for new Rodgers’ signing, Dorus De Vries, who was beaten by a shot from near enough the halfway line. For whatever reason, the former Swansea goalkeeper never looked comfortable in a Celtic jersey – much akin to the tale of Vasilis Barkas.

Have a look at the highlights below…

Celtic ran out comfortable winners in the end, with goals from Dembele (2), Sinclair, Forrest and Griffiths. Dembele began to really show what he was all about after he ingratiated himself to the Celtic support with a hat-trick against the Newco merely a fortnight before.

It was Moussa who opened the scoring – after an awesome pass from Swede Mikael Lustig – with the Frenchman firing high into the net from the six yard box in what was a clinical finish.

Dembele and Celtic’s second was a lesson in how to strike the ball. After Scott Brown slipped Tierney in at the byline in a trademark run from the left back, KT cut it back for Moussa who rifled home a shot on his bad foot just inside the six-yard-box.

James Forrest then scored a magnificent individual goal after a jinxing run and a one-two with Tom Rogic, he poked it past the goalkeeper in what was a sensational addition to the scoresheet. 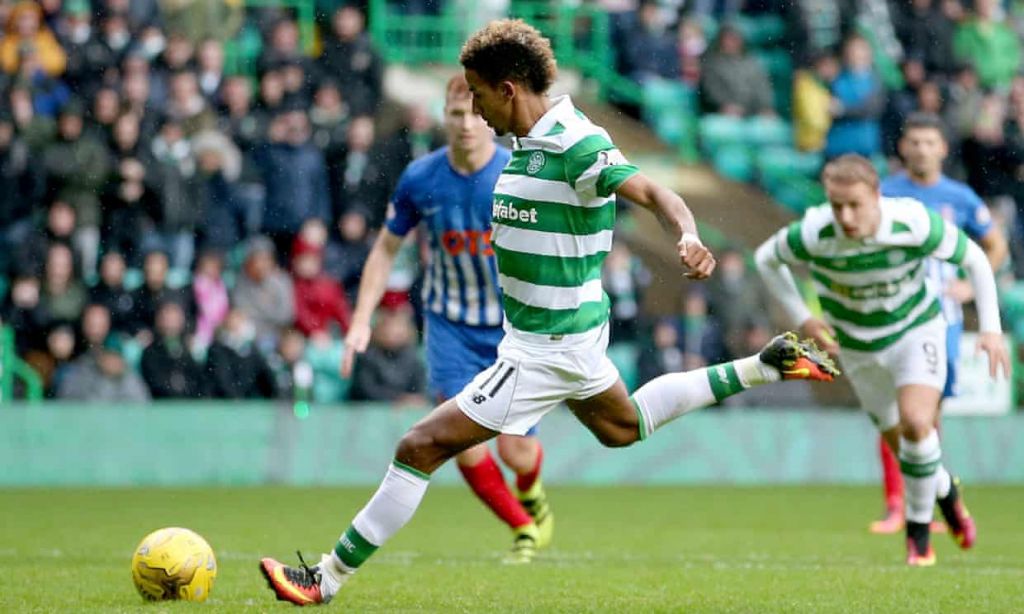 Following this, Scotty Sinclair would find Leigh Griffiths from a great corner kick. Griffiths rose to meet the ball with the head to make it four to the Celts on a great day out in Glasgow’s East End.

The final say then went to Scott Sinclair himself, after Leigh Griffiths was upended in the Kilmarnock box. The eloquent Sinclair made no mistake from the spot, firing it past Jamie McDonald in the Killie goal.

And last but not least, Tom Rogic would add his name to the final tally after a tidy feign and shot that trickled over the exasperated Jamie McDonald in the opposition goal.

Overall a strong performance, which would signify the intent from Bredan Rodgers and his Invincible Celtic team of 2016/17.