You are at:Home»Celtic on This Day»On This Day: Celtic 2 Barcelona 1 as Neil Lennon’s team complete famous win

On This Day in 2012, Celtic beat Barcelona on a special night at Paradise. The greatest team in the world are beaten by the greatest club in the world. Neil Lennon’s Celtic, ravaged by injuries managed to do the unthinkable and beat Barcelona. A first half header from Victor Wanyama before a second half glimpse of goal gave Tony Watt the chance to write himself into Celtic’s history.

The game began with an incredible stadium tifo celebrating 125 years of Celtic. Tense is the best description of the game as Messi, Sanchez, Xavi and Iniesta knocked the ball around with such ease but the defence, marshalled by Fraser Forster held firm.

Barring a chance that Leo Messi converted late into the game, Celtic were assured and managed to ‘hang-on’ in the face of constant attacks and sealed a legendary win.

10 years ago today, Celtic beat Barcelona 2:1 in the Champions League.

Wanyama and Watt with the goals on an incredible night at Celtic Park. @VictorWanyama @32watto pic.twitter.com/tPL64CTHzq 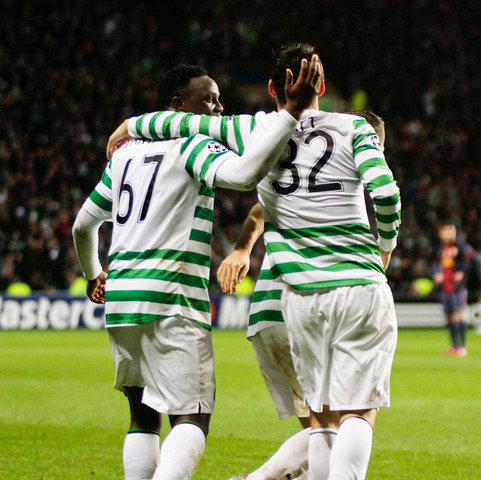 07.11.2012 Glasgow, Scotland. Tony Watt and Victor Wanyama in action during the Champions League game between Celtic and Barcelona from Celtic Park.