You are at:Home»Latest»On This Day: Celtic claim first ever away point in their Champions League history

On This Day 24 November back in 2004, Celtic travelled to Barcelona and earned an incredible Champions League draw at the Nou Camp. I was at the match that night which took place on the day of my 18th birthday and Big John Hartson unknowingly gave me the best birthday present imaginable by scoring the goal that secured a draw against the star studded Catalans.

Barcelona dominated during the first period, the home side looking confident zipping the ball around and pinning Celtic back in their own half. Strangely though it was some of our own players causing goalkeeper Magnus Hedman most problems, with both Jackie McNamara and Neil Lennon providing him with dodgy back passes in the opening period. 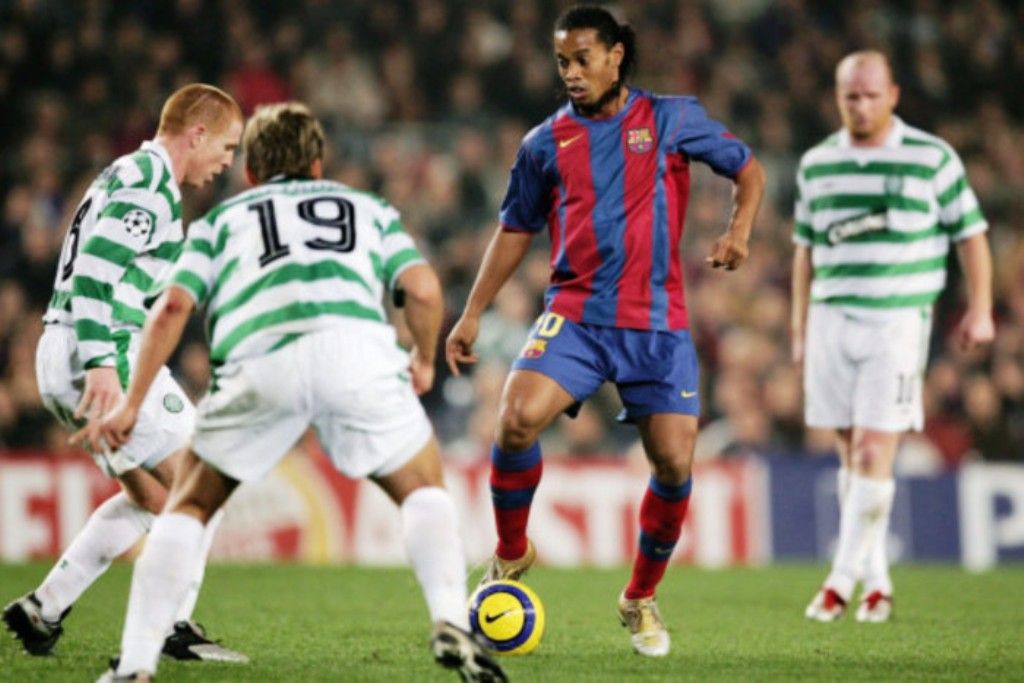 With Celtic fans nerves starting to settle slightly, one piece of perfect build up play led to the opening goal 25 minutes in. One of the great strikers of that era, Samuel Eto’o, slammed the ball home after exchanging a perfect one-two with previous Porto star and Celtic Uefa Cup Final nemesis Deco. Although a fantastic player, after his time wasting antics in that final I never did manage to shift the grudge I had against him. A bit similar to Jose Mourinho!

With Celtic rocking Barcelona came at us again and just a minute after the opening goal, Cameroonian star Eto’o should have doubled their lead when he missed from six yards after being excellently picked out by Silvinho.

It was then the turn of possibly the greatest player in the game at that time, Ronaldinho, to start to apply his influence on the game. With great vision he managed to play Ludovic Giuly in behind the Celtic defence but Hedman was alert enough to get out and block the attempt. The Brazilian was then at it again providing Eto’o with another opportunity, again saved by the impressive Hedman. 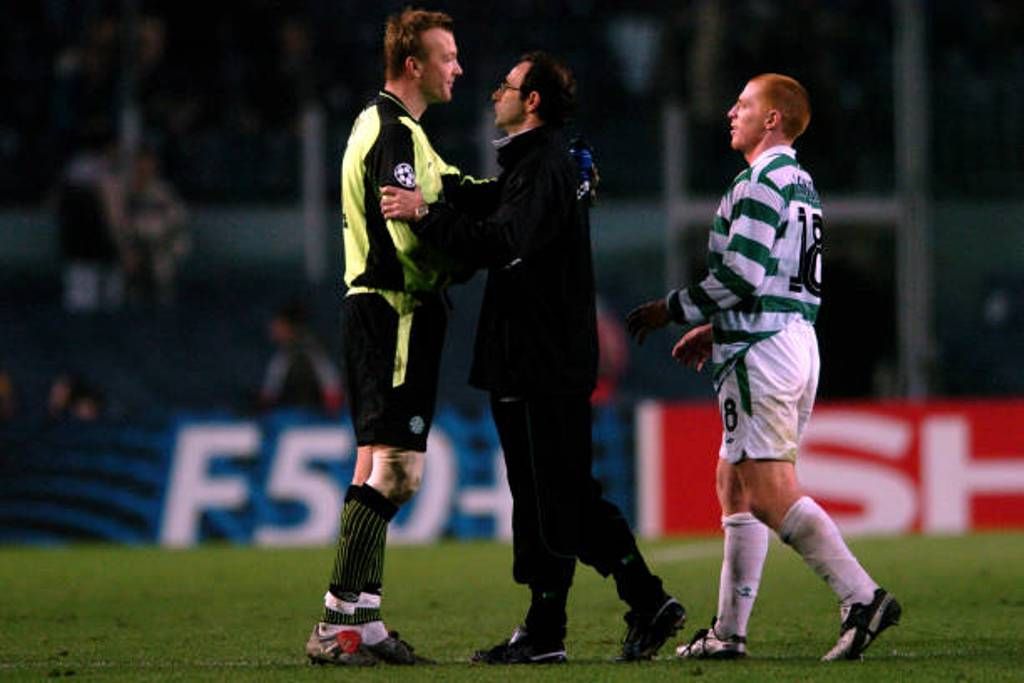 With half time approaching and having had a copious amount of pre match drinks in me I was actually making my way down the stairs before heading to the toilet when I decided to hold the urge a little longer as Celtic won a free kick out left. Stiliyan Petrov floated in a lovely ball which was flicked on off the head of big Varga and was prodded in at the back post by Harston. Cue wild celebrations with a load of random Celtic fans who had also stopped to watch the free kick on their way to the toilet!

When the second period started most were expecting the Barcelona onslaught and it duly came with the home side dominating possession but surprisingly Celtic actually managed to restrict the Spanish league leaders to only a handful of half chances. To a man the Celtic team put in a fantastic defensive shift, winning tackles all over the park and fully deserved their reward. 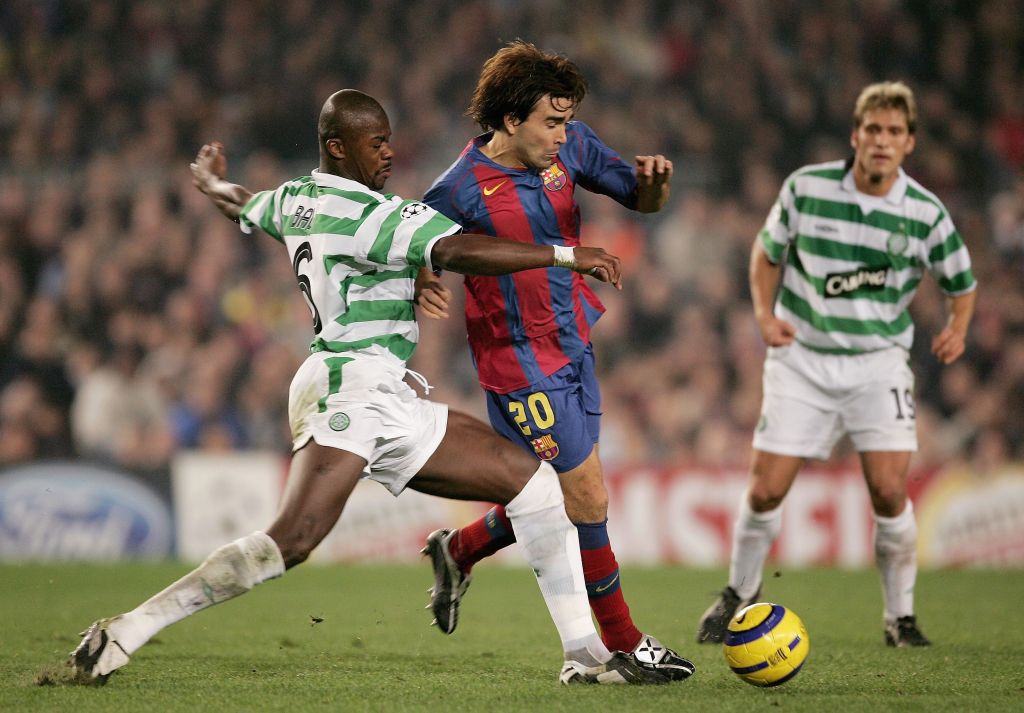 Two deflected efforts from Xavi and a break through on goal by substitute Iniesta, wonderfully defended by Bobo Balde were about the best chances they had in the second half as Celtic held on for a fantastic result against one of the best teams in the world at the time.

Going into the last game of the group stages Celtic still had a chance of getting third spot and a shot at the Uefa Cup but needed Shaktar to lose against Barcelona at home for us to have a chance to go through, but Barcelona didn’t even bother to really try, and so Shaktar got the draw that was enough to go through whilst we drew at home with AC Milan.

Incidentally the draw against Barcelona 15 years ago was the first time in our Champions League history that we had won any points away from home.

The teams that night were as follows: 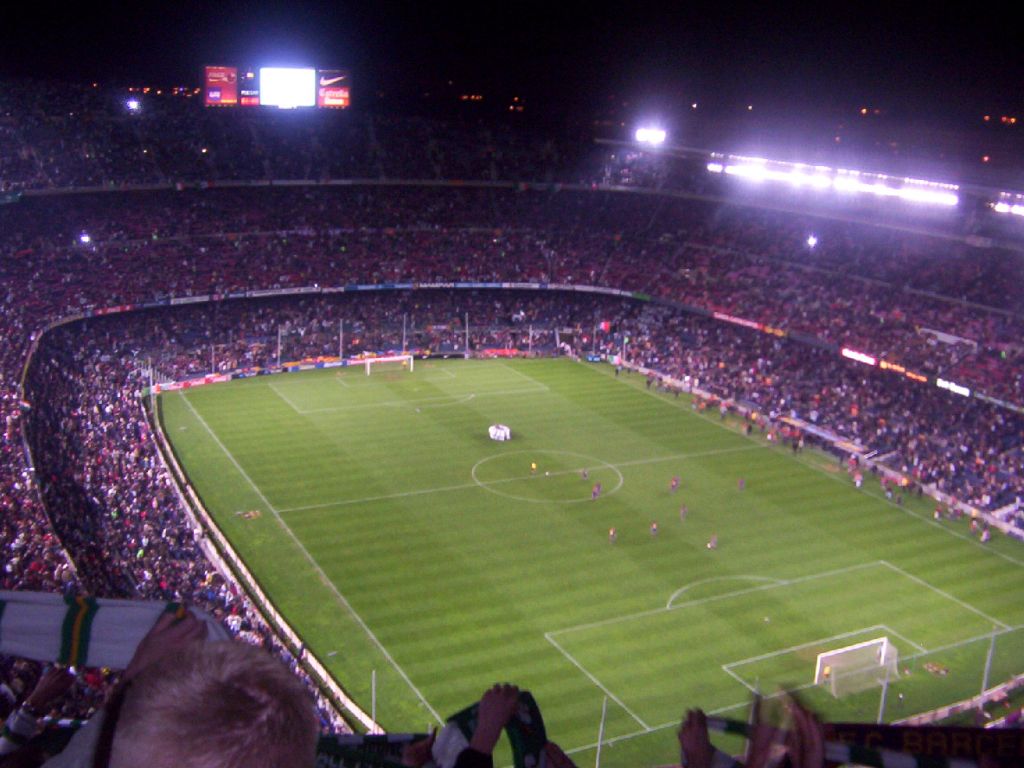 On a personal note I would like to thank my big sister Christine who organised, paid for and accompanied me on this trip all those years ago. An amazing 18th birthday present and one that was much appreciated even though I might not have said so at the time!