You are at:Home»Celtic on This Day»On This Day: Celtic clinch 8IAR at Pittodrie

Celtic made it 8-in-a-row on this day in 2019, winning comprehensively away to Aberdeen. Goals from Mikael Lustig, Jozo Simunovic and Odsonne Edouard delivered the league title for the eighth year in a row. 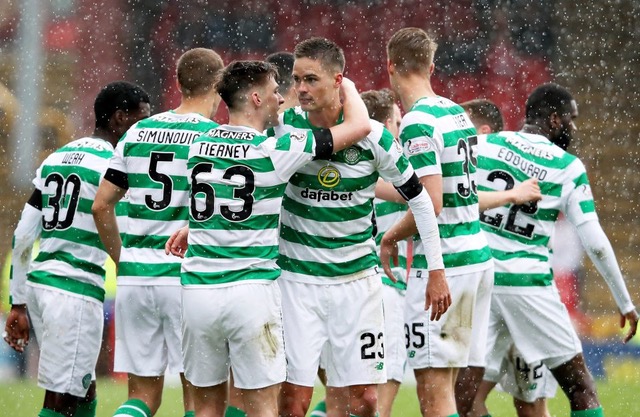 Like James Forrest and skipper Scott Brown, Lustig has been here for every step of the way to 8 In a Row which was won today in the 3-0 win at Pittodrie.

And it was Lustig on 40 minutes who signalled to Callum McGregor that a pass was on, he timed his run into the space perfectly and dived to head past Joe Lewis to open the scoring and set Celtic on our way to wrapping up the title. 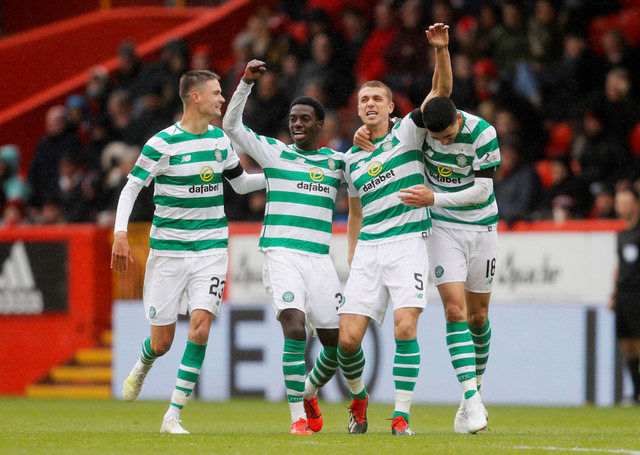 Then it was Jozo who headed past Lewis from a Callum McGregor corner early in the second half to get the party well and truly underway. Odsonne Edouard, the classiest striker in Scottish football, rounded off a splendid afternoon in the closing stages.

Derek McInnes’ side toiled against the Champions, who missed a number of chances in the game. Not that they deserved anything from a game that Celtic dominated from the start but the Dons did have two or three excellent opportunities and on another day they might have shocked Celtic. 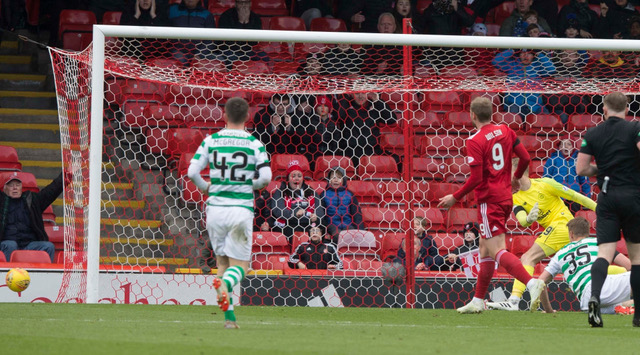 The tribute to our lost Lions, Billy McNeill and Stevie Chalmers at the start were touching, classy and befitting of both legends.

Celtic were brilliant on the day and it was 8IAR. In what had been a tough campaign with Brendan Rodgers walking out in February, Neil Lennon deserved an enormous amount of credit for coming in and stabilising the club and getting us back on track for an eighth title in a row. Lennon and the players were toasted at full time as those lucky enough to get a ticket, like myself, were appreciated of their effort throughout the campaign.

Here are the highlights of that game: