You are at:Home»Celtic on This Day»On This Day: Celtic seal the title for Tommy Burns in dramatic fashion

On This Day in 2008, Gordon Strachan’s Celtic side travelled to face Dundee United at Tannadice knowing that by matching Rangers’ result, they would seal another league title. After defeats to Rangers at the end of March and then Motherwell at the start of April, the league title appeared to be over. However, six wins in a row, including two over Rangers, pulled Celtic back into contention for the league title. 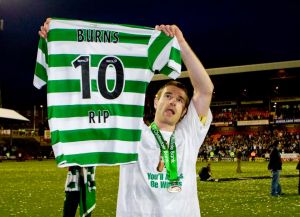 Strachan’s team trained at Celtic Park the day before the head up to the city of discovery and one lucky supporter managed to grab a few photos of the final preparations. @hargi_ on Twitter shared the photos as Celtic replayed the game on Youtube.

I was in the stadium the day before Tannadice and the players were training. Took a few pictures pic.twitter.com/U1N1ZPbSAz 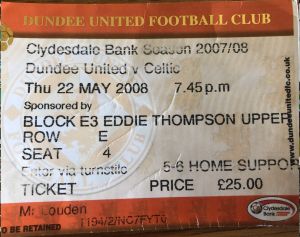 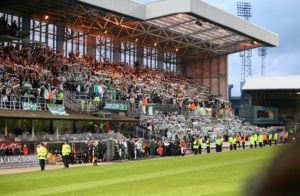 Title for tommy and my 1st title. Will be one I cherish forever 🙏🍀 pic.twitter.com/drurF7cqfa