You are at:Home»Celtic on This Day»On This Day: Christopher Jullien header seals late Lazio win

On This Day in 2019, Celtic hosted Italian side Lazio in the Europa League. It was a frantic game of football with both sides looking more than capable in attack. Celtic came from behind to seal an excellent win as they went on their way to topping the group.

Lazio scored first in the Europa League clash at Celtic Park. The Serie A high flyers arrived in Glasgow ahead of what promised to be a mouthwatering encounter with a number of subplots.

Odsonne Edouard teed up Ryan Christie to pull Celtic level in the second half. The pressure from Neil Lennon’s side grew and they fashioned a number of chances as Lazio looked dangerous on the counter. With 88 minutes on the clock, Ryan Christie stood over a Celtic corner. The ball went into the box and Jullien rose. The goal resulted in absolute pandemonium. 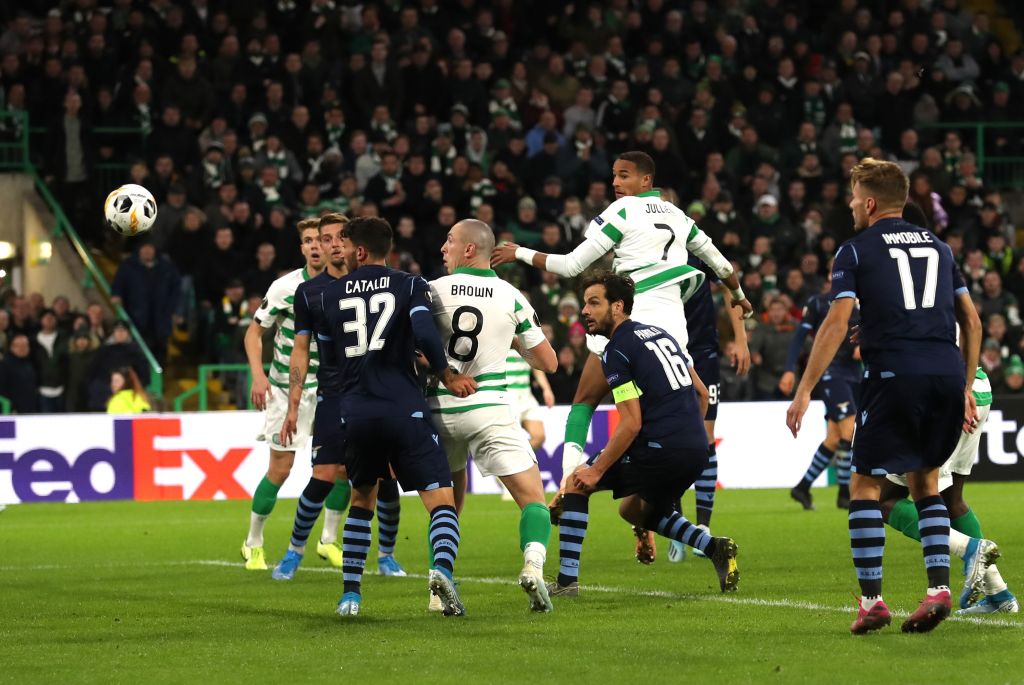 The win over Lazio at home was sealed when a late strike seemed destined for the top corner only for Fraser Forster to dive sensationally to his right and deny it. Celtic were excellent value for the win that night and Jullien, who had suffered a slow start in Glasgow, announced himself on the scene as a top defender.