You are at:Home»Latest»On This Day: Highlights as Celtic make it 3-in-a-row

On this day in 2014, Neil Lennon won his final league title in his first term as manager as Celtic beat Partick Thistle at Firhill to win 3IAR.

It was the earliest that a league title had been won since 1928-29 and Celtic struck early through Anthony Stokes. Izaguirre’s cross found the Irishman, who opened the scoring as Celtic began to party in Maryhill.

Liam Henderson made it 2-0 after half-time, shortly followed by Stefan Johansen as the Champions began to flex their muscles.
Despite Celtic’s advances, they couldnt increase their advantage until after Thistle got a consolation goal back.

Christie Elliot struck beyond Fraser Forster, pulling one back for the Jags. However, Celtic would come back at Thistle again and in injury time, Celtic scored twice. Stokes grabbed his second and the season’s top goalscorer, Kris Commons, got in on the action.

Champions for the 3rd time in a row. 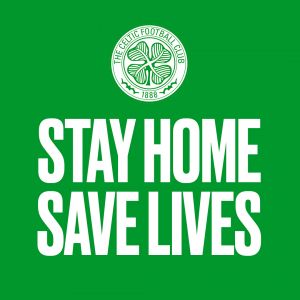