You are at:Home»Celtic on This Day»On this Day in ’03, John Hartson’s volley against Rangers seemed significant

BIG JOHN HARTSON scored the only goal of the game against Rangers at Celtic Park on this day in 2003 and it seemed to be a particularly important goal as far as the destination of the title was concerned.

The Welsh striker got on the end of a Chris Sutton knock-down to smash an unstoppable volley past Stefan Klos. 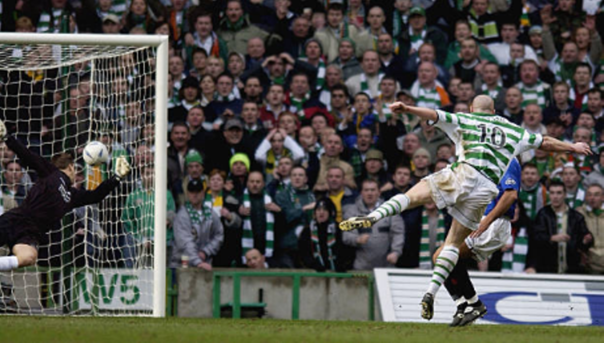 The crowd was 58,787 and the referee was Mike McCurry.

With Celtic distracted on the way to Seville, that remarkable side somehow managed to lose the league on the last day of the season, on goal difference. 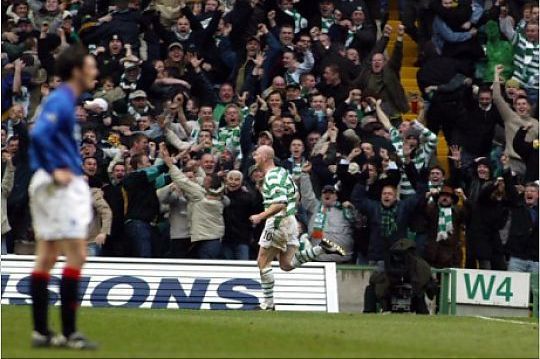