You are at:Home»Latest»On This Day: Nine goal thriller at Brockville Park

We’re used to Angeball ending up in mental scores, as we have seen in two impressive 6-0 wins in the Scottish Premiership and a 4-2 in Jablonec.

Equally, we’re used to seeing 6-2 drubbings at the hands of West Ham and frantic 2-1 losses to AZ Alkmaar that had pulses racing.

But in years gone by, Celtic have dominated proceedings dating back to the last decade.

Yet we have seen outrageous scores before – especially on this day in 1992, when Celtic travelled to Falkirk and somehow walked away with all three points in a 5-4 win.

Liam Brady’s men had started the season rather inconsistently, picking up 13 points from a possible 24.

It was seven games unbeaten – albeit with four 1-1 draws – but there were signs that Celtic were hard to beat.

That was put to bed the week before in a 3-2 home loss to Hibernian, and so Celtic were ready to avenge that with a win at Falkirk.

It started horrifically, with Falkirk taking the lead from the spot just before the half hour mark – although Darius Wdowczyk did exactly the same just two minutes later with the scores at 1-1 at the interval. 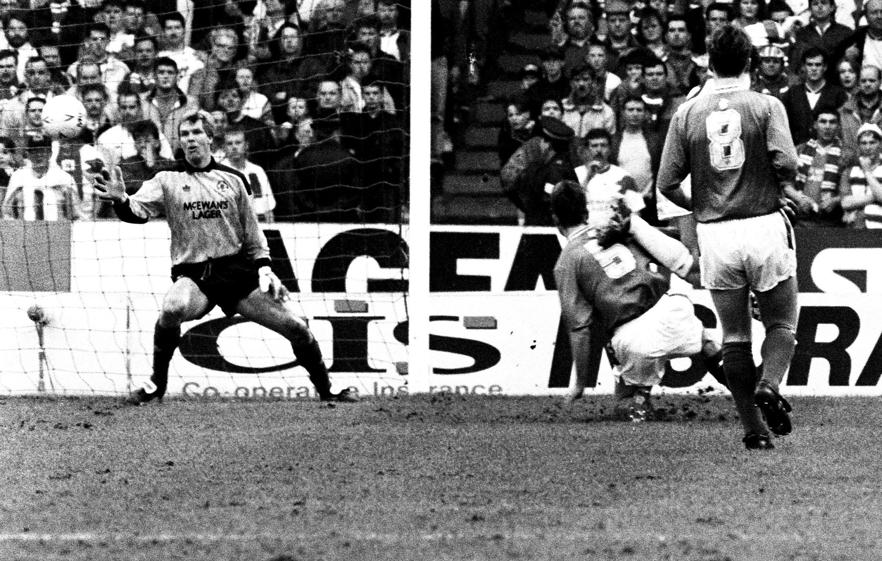 Gerry Creaney put the Hoops 2-1 to the good – but it was about to get much worse for Celtic.

3 goals in a 15-minute spell for the hosts gave Celtic a mountain to climb and seemingly put the game out of sight.

But an Andy Payton strike and Creaney’s second tied the game.

A grandstand finish ensued, before John Collins scored in the 89th minute to complete one of Celtic’s most memorable turnarounds.