You are at:Home»Latest»On This Day: Rugby Park Revival that saved Lenny’s job

ON THIS DAY, Celtic have encountered three games on 15 October, one versus Motherwell, Killie and one versus Hearts. @LilZe_7 on Twitter is a brilliant resource of highlights for these games, which we are grateful for.

Once of the most dramatic seasons in recent times was the 2011/12 season and as Celtic travelled to Rugby Park ten points behind reigning champions Rangers. The game proved to be a milestone in the league as Celtic went in 3-0 down to Kenny Shiels’ Killie. Neil Lennon was teetering on the brink of the Celtic sack as the teams went in at half time. The story goes that he said if you want me here on Monday, go and get back into this game and Celtic did just that.

His side responded with two from Stokes and one from Mulgrew secured the comeback, which began an astonishing league run that saw the club topple Rangers’ lead by the New Year.

3 nil down at half-time, great fightback and a huge part in turning our season around. pic.twitter.com/N3CYWcn4dq

The next comes from Brendan Rodgers’ first season when Mark McGhee’s Motherwell came to Celtic Park. James Forrest’s low cross was missed by Moussa Dembele before Scotty Sinclair pounced. The Frenchman was brought down under ‘keeper Craig Samson’s challenge but stepped up and comfortably slotted the ball into the net to secure Celtic three points.

In 2005, George Burley’s Hearts came to Celtic Park on top of the SPL league table at the time and the Tynecastle outfit battled for a point in which they might have hoped for more. A goal from Craig Beattie put Celtic ahead before Rudi Skacel pulled one back as the end to end affair finished 1-1.

Frank Munro made his Celtic debut in 1977 as captain twenty-four hours after signing for Jock Stein’s side. The central defender’s debut turned into a calamity after an own goal led to a young Alex Ferguson’s St Mirren leaving Celtic Park with three points. 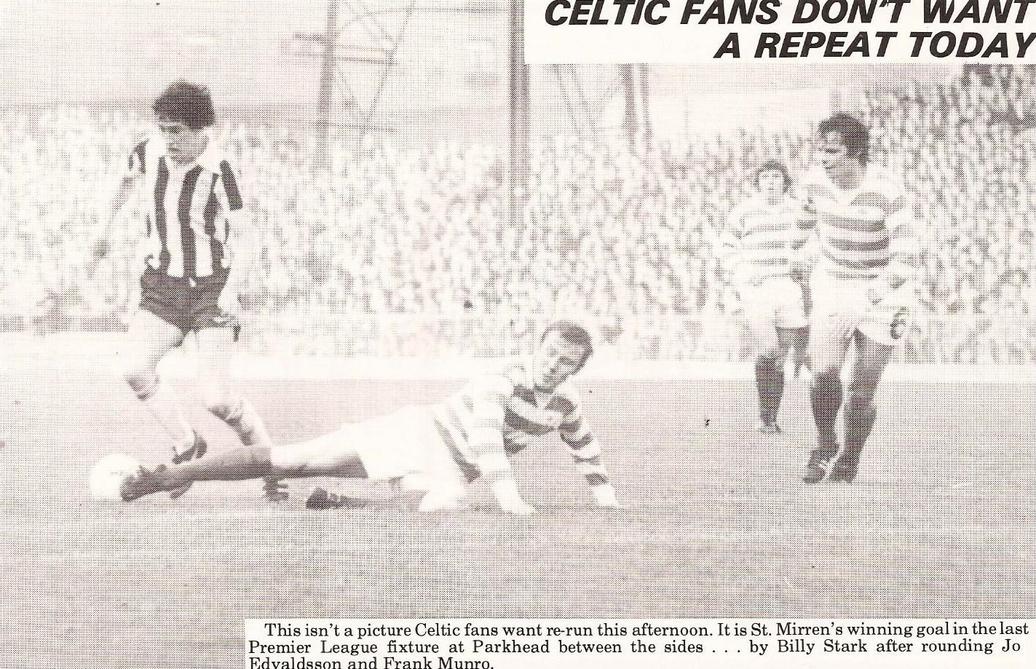