You are at:Home»Celtic on This Day»On This Day: The Kings of Kings bids farewell

THERE is not a lot of football being played right now across the world as Coronavirus takes hold – except Belarus, where vodka and saunas are meant to keep the virus at bay. However, thanks to @Lilze85 on Twitter, we can take a trip down memory lane and look at some of Celtic’s goals on this day – including this day back in 2004, where we bid farewell to the King of Kings, Henrik Larsson.

The Swede played his last competitive game for Celtic on this day 15 years ago, and he bagged another couple of goals against Dunfermline in the Scottish Cup Final to make sure that the trophy was heading back to Paradise.

Celtic had to come from behind a goal down following a 40th minute strike from Skerla threatened to ruin Henrik’s farewell. Whatever was said at half-time worked and Martin O’Neill’s side came out the traps, pushing an equaliser.

The goal came when Larsson broke free from a Dunfermline corner to settle the game. Celtic upped the pressure chasing a second and in the 71st minute, Larsson scored again.

Petrov put the game beyond doubt with seven minutes remaining on the clock. The game finished and Henrik had kicked his last competitive ball for Celtic, scoring two and picking up the MOTM accolade as well as the Scottish Cup.

After the 3-1 win, Henrik was delighted as he didn’t want to leave Celtic as a loser! 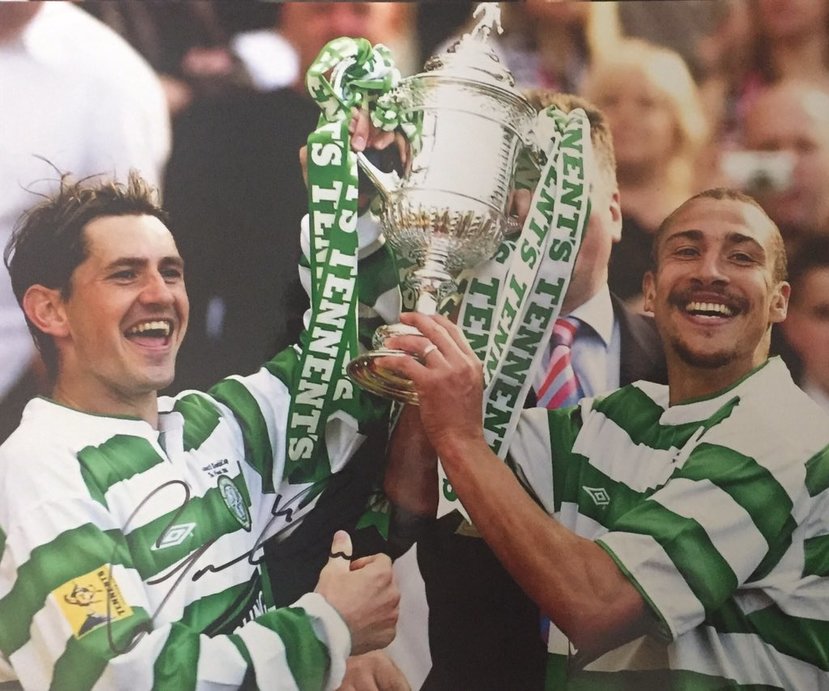 “Winning this final means everything. I didn’t want to leave as a loser in the cup final because I’ve done it twice before. It was great to get the two goals to end a fantastic seven years here. I never dreamt this could happen when I signed,” the King of Kings said.

Previous ArticleOn This Day: Celtic win the league for Tommy Burns
Next Article ‘Due to a change in scheduling’ – BT Sport confirm 9IAR Celtic Tribute in on Saturday at 9.45pm