FORMER Celtic Star Kieran Tierney has posted a post-operation hospital photo-message on his social media account after going under the knife to sort his troublesome shoulder injury. The former Celtic man has struggled for fitness throughout 2019 and has played very little football for either Celtic or Arsenal.

The North London club spent £25million on the left back in August despite knowing that he was still recovering from his double hernia operation in May. 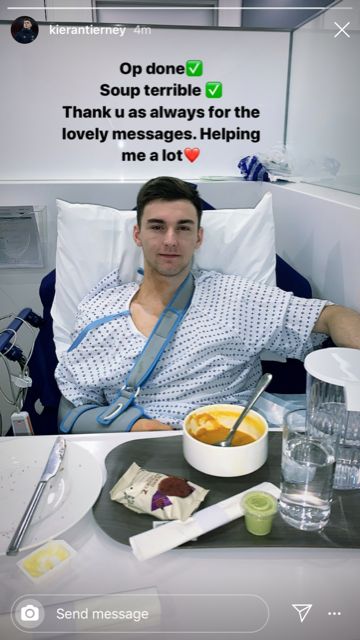 Tierney looked like he was ready to make an impact at his new club when he started against West Ham but lasted only half an hour before falling awkwardly and hurting his shoulder before leaving the action with his arm in a makeshift sling. 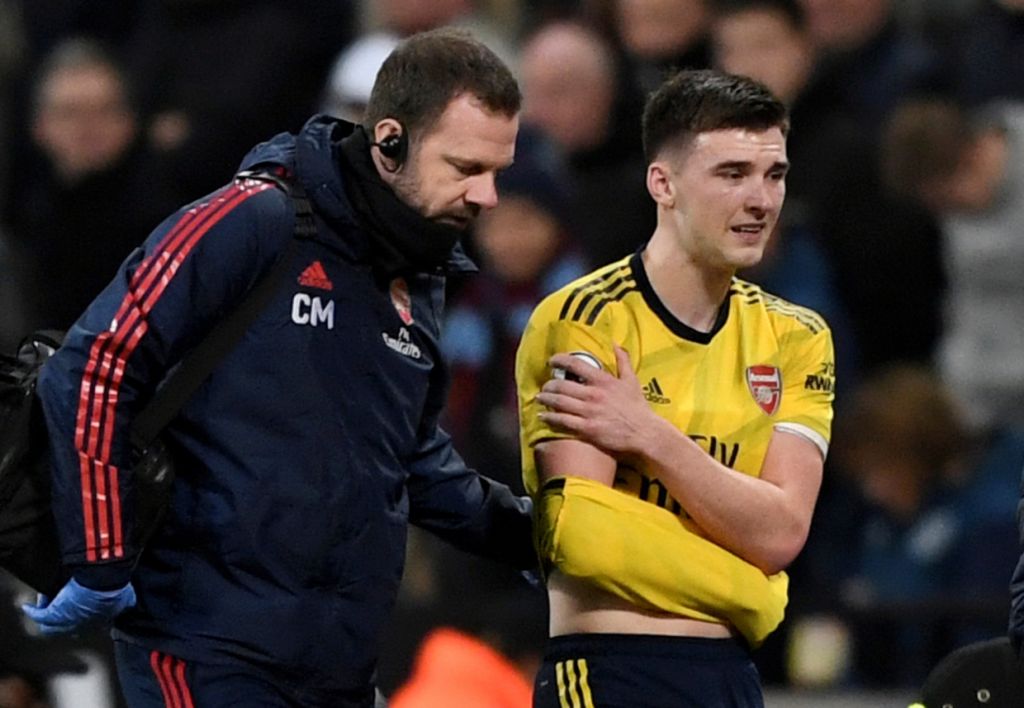 Tierney is now looking at three months on the sidelines so is a major doubt for Steve Clarke’s Scotland squad for the spring play-offs for the Euros. He’ll also miss Arsenal’s Europa League round of 32 ties against Greek side Olympiacos which take place in February. His old side Celtic were drawn against Copenhagen in the same competition.

“Op done. Soup terrible. Thank you as always for the lovely messages. Helping me a lot,” was the former Celt’s message of thanks. Tierney had previously had problems with his shoulder while at Celtic and had an operation on it towards the end of 2017.

By the time KT gets himself fit and ready to play he’s going to have to impress a new manager who presumably will be in post by then, although you never know with Arsenal.

Previous Article‘Copenhagen it is. A tie that could be important in different ways in terms of coefficient,’ Moravcik67
Next Article From Hampden to Cluj by Matt Corr – Part 1, A Trophy Mission at the Cup Finals and the Brazen Head