You are at:Home»Latest»Opinion: Celtic Must Start With The Same Team Next Week

Without going into detail about the season we’ve witnessed, it was enjoyable to see Celtic turn in their best performance of the campaign this afternoon. After a relatively slow start to the game, the latter stages of the first half resulted in a couple of well taken goals, before the second half onslaught showed what this team is still capable of.

Pleasing in its own right, today’s performance showed beyond doubt what our best XI is at present. Ryan Christie dropped to the bench as James Forrest and Moi Elyounoussi both started. The pair were exceptional and it was no surprise to see them shortlisted for the Celtic TV man of the match award. They made brilliant runs beyond Edouard at times, whilst David Turnbull provided his usual threat from central midfield. 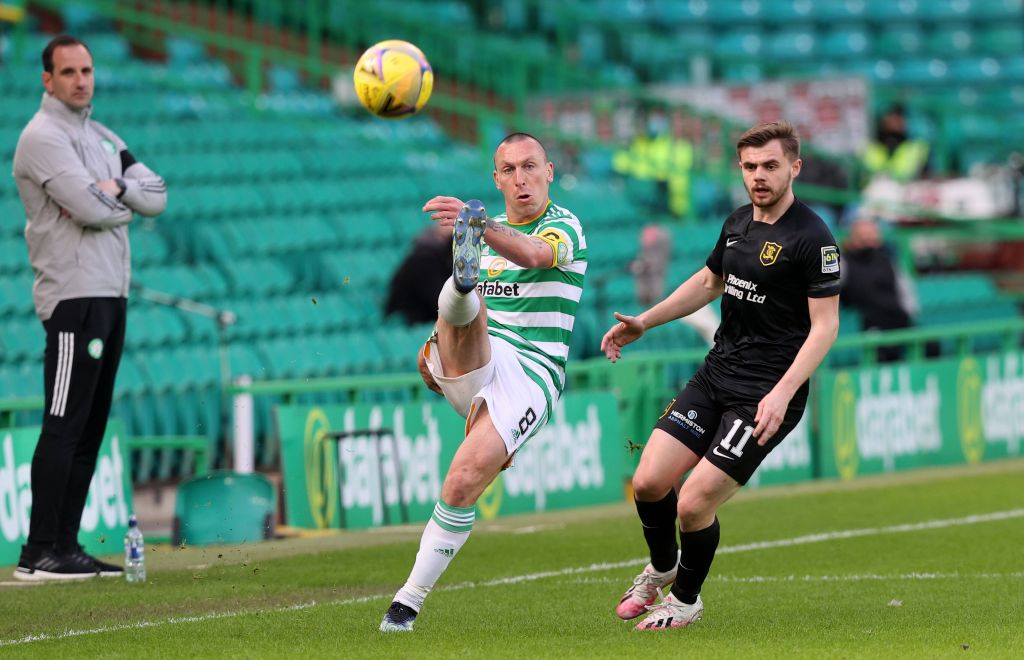 It was worrying to see James Forrest go down with an injury. It’s essential that he starts next week if fit. Not only have Celtic missed his qualities on the wing, but it also means that his presence in the side will likely be in place of Christie, which (no disrespect to Christie) suits the balance of the Celtic team better. Indeed, natural width is provided with Elyounoussi and Forrest, and the midfield three of McGregor, Brown and Turnbull suits our game.

Beyond finding our best XI ahead of the Scottish Cup match next week, today also saw Celtic discover their mojo in front of goal. We haven’t been clinical enough at times this season, particularly in the last two Glasgow derbies. That issue was evidenced last weekend when Celtic scored three goals from 43 attempts.

Therefore, it’s a great confidence boost for the Bhoys to rack up six goals today and we should go into next week with our sights set on victory. Regardless of the huge difference between the clubs this season, Celtic have the players to pull off victory on any given day.