You are at:Home»Latest»Opinion: Celtic need to reevaluate their transfer policy

The last few weeks have been tough for Celtic fans. The club lost to the Rangers at Parkhead for the first time since 2010 to end the decade. Even more disheartening was the display that the team put in, being completely dominated by Steven Gerrard’s side in all departments. This was the second time that the Hoops were outplayed by their Glasgow rivals in the space of a month. Fortunately, there was Fraser Forster to save the day on the first occasion in the Scottish League Cup final.

After those two performances, it is clear that the board need to make a few strong signings in January if they are to tilt the balance of the title race back in their favour. But unfortunately, nobody has come in through the door at Parkhead till now. And it does not look like those in charge have learned their lesson yet as most of the names being linked with the club in this transfer window are unlikely to even challenge for a first-team spot at the moment.

A back-up to Odsonne Edouard is of paramount importance in this window and according to reports, the club has activated the €4 million release clause of Patryk Klimala. But is he the type of striker who the Hoops can depend on to deliver the goods? After all, the 21-year-old has scored only 8 top-flight goals in his career. Compare that to Jermain Defoe at Ibrox, who has 295 goals to his name and the difference in pedigree is pretty clear. 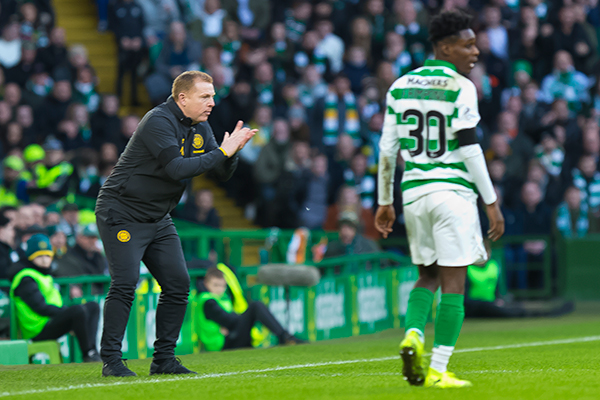 Yes, Klimala might very well be a hit at Celtic Park. He has scored 7 goals in 18 appearances this season for Jagiellonia Bialystok and seems to be a real prospect. But is he going to come into the Celtic team and start banging in goals immediately? Unlikely. And that is where the problem lies. The Hoops need to sign players who will come in and make an impact. Most of the players being linked with the club are not going to do that in all likelihood.

The club have a chance to win the nine-in-a-row this season and go for the historic ten-in-a-row next year. But by now we know that it is going to be difficult as the Rangers are genuine title contenders this season. This makes the complacency and inadequacy at the top of the club even more mind-boggling. We need men to win this title, not boys!