You are at:Home»Latest»Opinion: Celtic should seriously consider signing Lewis Ferguson in January

If Celtic aren’t seriously considering signing Lewis Ferguson in January, our recruitment is flawed beyond belief…

Watching Celtic’s midfield labour along yesterday like an old, rusty, run-down tractor brought up feelings that Celtic should have tried to sign an extra player in central midfield. 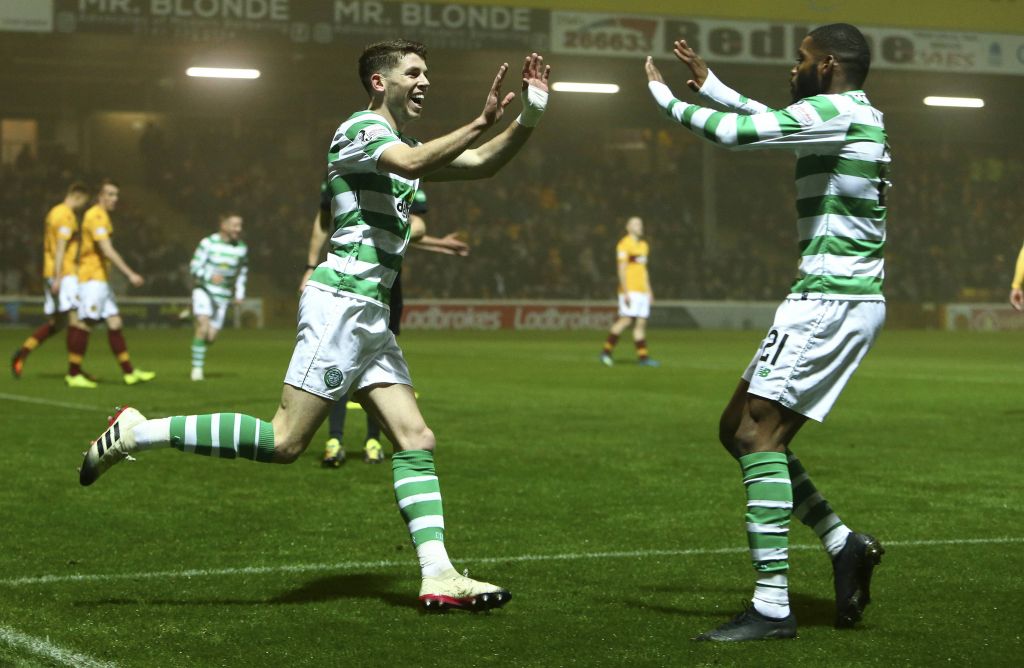 Christie and Ntcham celebrate a goal at Fir Park in 2018. Photo: VagelisGeorgariou

With it being excruciatingly obvious that Liam Shaw is not ready for the first team on a regular basis yet, once again we let a domestic talent slip away to England, rather than stretch the budget a little further for the new manager (after him making the Europa League with the minimal of tools).

The rigidity and lack of match sharpness from James McCarthy, was there for all to see on Livingston’s dodgy surface on Sunday. Game-time should solve this problem – but that is the one commodity Celtic don’t have currently. 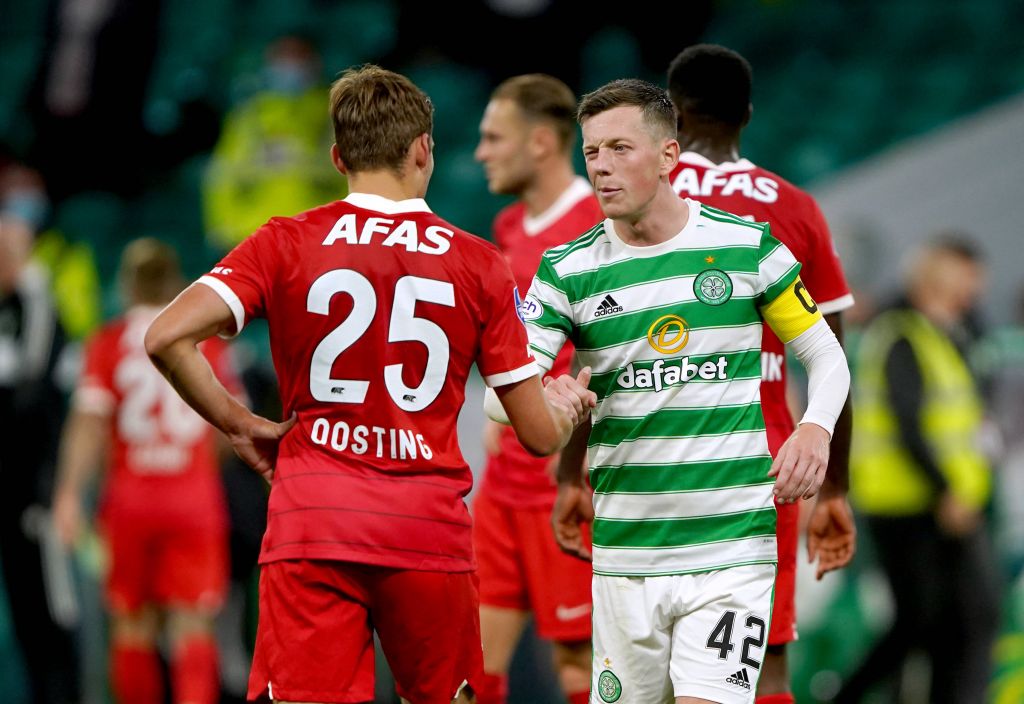 One bad knock to Callum McGregor and we’re left chasing our tails again. Strength in-depth is a crucial facet to any title winning side; not everyone will play all the time, which requires multiple options available to the manager at any given point during the season. ‘A change is as good as a rest’, so they say. Never has this been more evident than at the Tony Macaroni The drain of Betis in midweek merely compounded everything on Sunday afternoon.

Back to my main concern though. 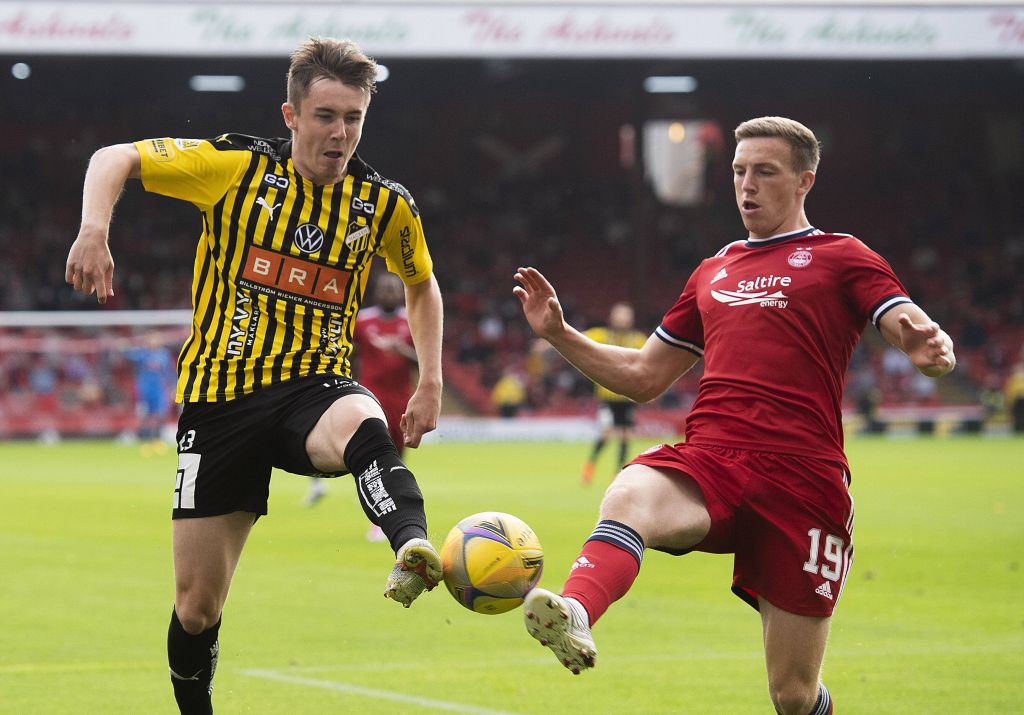 Celtic’s recruitment team should be earmarking Lewis Ferguson as the missing jigsaw piece in Ange Postecoglou’s midfield. Ferguson possesses an abundance of energy and enthusiasm, combined with the ability to play multiple positions. There is also an unwavering hardness to the midfielder that makes playing against him an acrid experience for opponents. This particular quality is what the engine room at Celtic has been bereft of for quite some time.

For some utterly alien and eccentric reason, Celtic’s recruitment team (cough cough) find it complete anarchy to sign the best emerging Scottish players. Either that or the Cabal in the upper deck lowball the teams around us that only want fair dough for their best players. 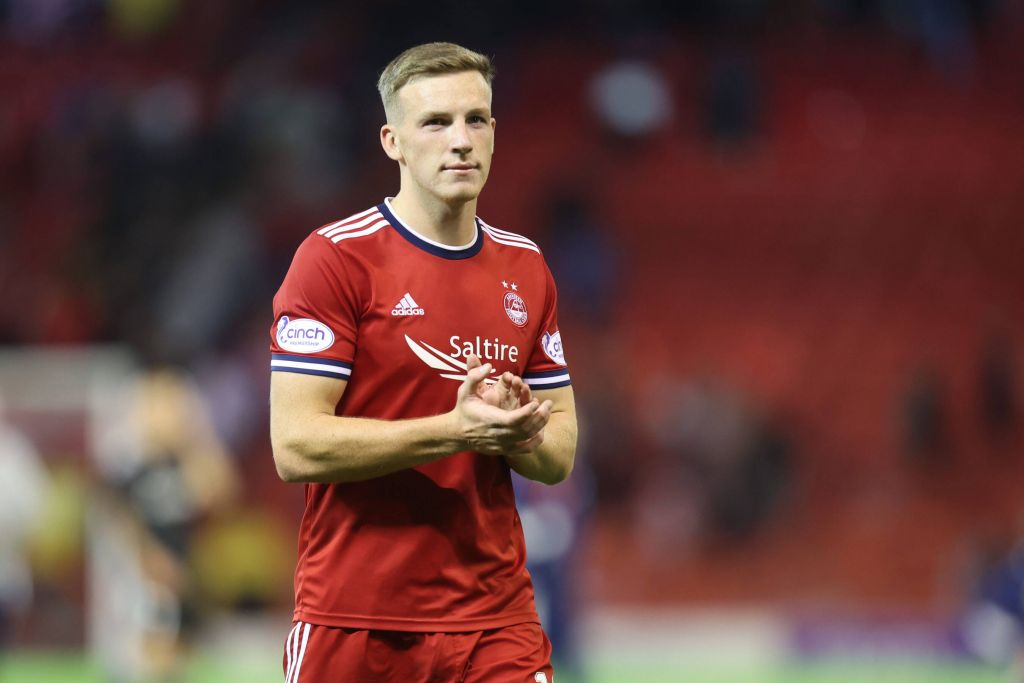 Watford had a bid of around £4 million rejected by Aberdeen this summer for Ferguson. If Celtic are serious about winning the league again and qualifying for the Big Boys’ Tournament, we will give the Dons an offer they can’t refuse in January. A small price to pay for the key to a goldmine. And for those who think that fee is excessive, think for a second on this: we paid Hibs £4.4 million for Scott Brown in 2007. Look at the bang we got for the buck. Surely with inflation Ferguson should be worth at least what we paid for the Club legend?

Folk will also say ‘no chance’ in relation to the close links to former oldco players within Ferguson’s family. A point I take on board. But how will we know if we don’t even ask? A shy wean gets no cake after all. Lewis Ferguson could be paramount to success this season, so why not ask the question Celtic? The worst he can say is no. 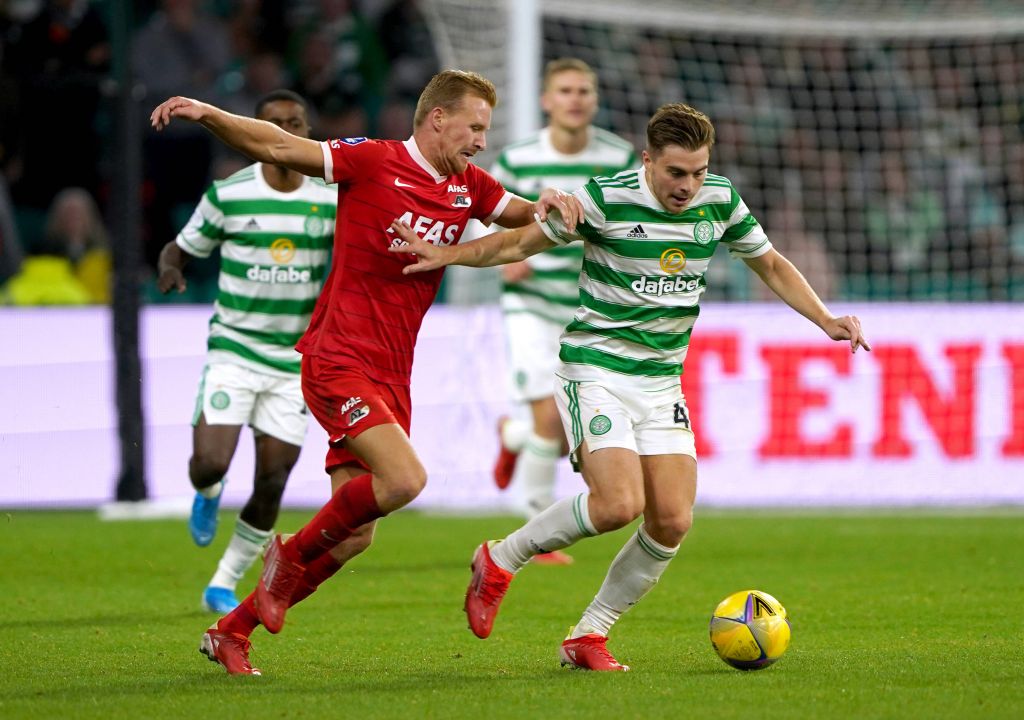