You are at:Home»Latest»Opinion: Celtic’s disastrous PR strategy and a legitimate complaint from Hibs

In years to come, the Celtic Season 2020/2021 review book will make for a fascinating read. In the middle of a global pandemic, in which people were required to stay home by law, Celtic decided that it would be acceptable to travel half the way across the world to train in Dubai.

However, while we live through this situation, the decisions and lack of self awareness from the club are staggering. From erecting fences, to releasing news through the Daily Record and The Sun, supporters have felt as if the people that run the club don’t really have any regard for their frustrations or situation.

Back in the summer a number of fans decided to forego a refund in order to keep the money in the club, they then sold out season tickets for a seat they would be unlikely to take up throughout the course of the season. It has been a remarkable show of faith from the Celtic supporters who put their hands in their pockets at the height of a pandemic in which redundancies and loss of income spread as quickly as the killer virus. 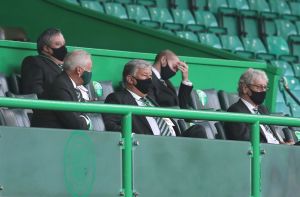 Fans were promised significant added value and barring a few free games added onto their online stream, a lot of fans have struggled to see much return for their financial injection into the club. The whole PR strategy at the club appears to be a ‘we know best’ policy. The inaction with regards to fans media, briefing against fans for protesting a legitimate concern about where the team were going.

Instead, Celtic crashed out of the Champions League to Ferencvaros, finished bottom of our Europa League group – winning just once and were defeated by rudderless Ross County in the League Cup at Celtic Park. The decision to go to Dubai, whilst having three games in hand was totally reckless.

A progress review was promised in the New Year, which has been and gone. The only information fans have on that specific meeting was released by The Scottish Sun that Dermot Desmond had decided to give Lennon until the end of the year. 22 points behind Rangers with four games in hand, Celtic are in danger of total capitulation.

How can we get numbers down if people keep returning from trips abroad to COVID hotspots like Dubai? This is a reserved power to U.K. govt. They are undermining all local efforts to suppress bc they’re not putting in place any real travel restrictions. https://t.co/mkBUpfCwq3

With that said, Celtic managed to keep all their best players. A remarkable feat considering the interest in players in the summer but when Neil Lennon briefed against players that want to leave, it looked as if there was a divide in the dressing room. 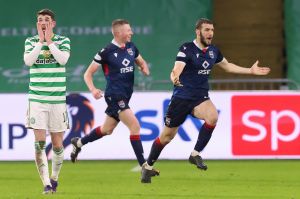 Kieran Devlin of The Athletic wrote an interesting piece on the players being astonished at the decline of standards and from a supporter’s point of view, the alarming slide is self-inflicted to the point it is almost unbelievable.

There is a feeling amongst the support that the summer will bring about a change in the personnel whether that’s in the dugout or on the park. However, there needs to be a total overhaul of the way Celtic communicate with supporters. The admirable John Paul Taylor, Celtic’s long serving  SLO, is inundated with questions and concerns emanating from the club’s lack of communication with the support.

I’d be very confident that any contacts including while travelling will be required to self-isolate, using existing definitions of a close contact. Plus the club needs to ensure that the player is isolating. That will protect others. Quite astonishing that they went to Dubai.

Hibernian meanwhile will be preparing for their game tomorrow night and rightfully be wondering whether this game is safe to play. One positive test usually results in a number of others either testing positive or being forced to self isolate due to the incubation period. This detail won’t be lost upon the track and trace team responsible for dealing with the positive case.

Earlier in the week, Jack Ross told The Glasgow Times that he had no concerns about facing Celtic; however, with the news that there has been a positive test from the Celtic camp, that is likely to have changed the view of Hibs.

“No, none at all. I would strongly disagree in terms of how respectful we’ve been of, first of all, the virus, and second of all the parameters we have to work within.

“I don’t think you spend as much money as we have as a club, on testing and satisfying the protocols, dealing with some of the other challenges that aren’t well documented, without taking it seriously.

“I can only speak for one club but we’ve been hugely respectful of the opportunity we’ve been given to get back to work and maintain that through the six or seven months we’ve been back.”

As someone on Twitter pointed out, there is a human element to this news and hopefully whoever it is that tested positive is okay and they aren’t suffering any adverse symptoms on the back of this news. In truth, supporters aren’t surprised by the news as the season hurtles from one disaster to another.

Celtic need to get their acts together and get their house in order. The club need to make sure that the voices of the supporters are heard, the players and management are appropriately protected and Celtic continue to be the top club in the country both on and off the park. Whilst the league title appears improbable, it is not impossible and Celtic need to get back to winning ways tomorrow and hope that they can mount a 19 game winning run.

Previous ArticleDuffy to miss Hibs clash, Celtic struggling at the back
Next Article Aston Villa and Wolves enquire about Celtic defender making a name for himself in Belgium