You are at:Home»Latest»Opinion: Celtic’s full-back dilemma that needs resolved

CELTIC have been poor defensively this season, there is no question of that. The goals conceded speak for themselves and whilst comparatively to other teams in the league is strong, it is not good enough for Celtic and Neil Lennon will know that.

One issue that he will need to contend with is finding an appropriate balance between Jeremie Frimpong and Diego Laxalt. Shane Duffy has been criticised as a result of being left exposed in one-on-one stations but the issue comes from his right-back pressing on and leaving him and an attacker with a large green space to run into. 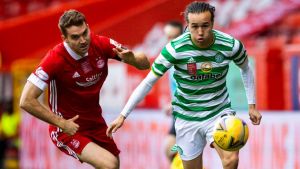 Diego Laxalt has been a revelation since joining on loan from AC Milan. He was a much needed left-wingback that sought to solve Celtic’s defensive woes but they have still continued. An issue that needs contended with is having two full-backs pressing up the field and leaving the two defenders exposed, as well as the two central midfielders. This is not a complaint to fall at the door of any player, they are likely following orders. However, the system needs to change to allow the balance between attack and defence.

With Jeremie Frimpong likely to have a short period of time out injured, Neil Lennon should look to Hatem Abd Elhamed to act as Mikael Lustig did in a team with Kieran Tierney. A more defensive minded right-back who can get forward when need be but is more comfortable defending and allowing Laxalt to push on. 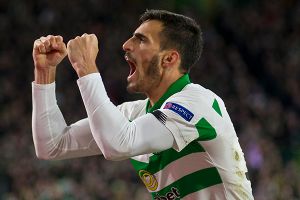 Greg Taylor is another player that has come under sizeable criticism, owing mainly to his lack of natural flair in attack. Taylor offers balance that allowed Frimpong to get forward, acting as almost a second defender whilst Scott Brown sat in a deeper hole. The issue that Celtic are currently encountering is having two attacking full-backs, which is 100% what you can do but there needs to be balance. One can go but one needs to sit if Scott Brown isn’t there to make a back three. 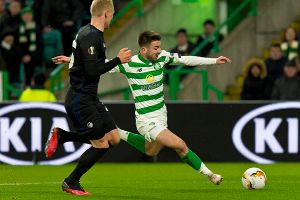 The manager needs to sort this as there have been a worrying amount of goals conceded from the ball breaking into wide areas and opposing teams punishing Celtic on the counter attack.

The win over Motherwell was a comfortable enough result but Motherwell created chances and if you rewatch, a lot of their chances came from wide areas, usually resulting from winning the ball back and finding players running the channels.