You are at:Home»Latest»Opinion: Mikey Johnston must start over Olivier Ntcham vs Rangers

Celtic have been hit with a number of injuries this season which has led to Neil Lennon being forced into tweaking his first-team on multiple occasions. And with both Mohamed Elyounoussi and Mikey Johnston out, the Celtic boss has decided to shift Ryan Christie and James Forrest to the wings in order to accommodate Olivier Ntcham into the starting XI over the last few weeks.

The balance though has not looked right in this setup, as Christie is clearly a much better player when playing through the center while Forrest has also looked off-colour as well despite scoring in midweek. This has resulted in a number of narrow wins heading into Sunday’s derby clash against the Rangers. 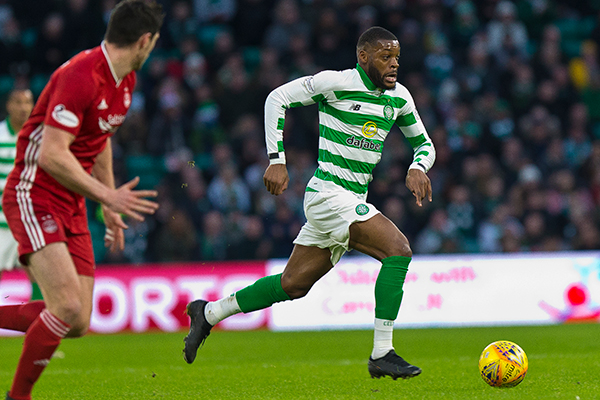 While Ntcham is a brilliant player in his own right, this current setup neither brings the best out of him nor those around him. And with Mikey Johnston now fit, Neil Lennon should give the Scot a start on Sunday. Despite his continuous injury issues, there is no question about the winger’s talents. And most importantly, the team has looked much better when he has been on the pitch instead of Ntcham these past few weeks.

Olivier Ntcham has started the last several games though and it is unlikely that Lennon will leave him out against the Rangers. So do expect to see Johnston back on the bench come Sunday.