You are at:Home»Latest»Opinion: Rogic and Ntcham need to start against St Mirren on Wednesday

YESTERDAY saw a lacklustre Celtic suffer the first slip up of the 2020/21 season away to Kilmarnock. Whilst there is a lot of football to play and Kilmarnock is a notoriously tough ground to visit, supporters will have been worried at how passive Celtic were.

With 70-odd percent possession, Celtic failed to score beyond a set piece fluke from Ryan Christie. It was clear that something different was needed and that might be wholesale changes on Wednesday night to let certain players know that there can be no passengers this season. Although two changes that I think should be automatic are bringing Tom Rogic and Olivier Ntcham into the fold. The Frenchman started from the bench whilst the silky Australian was left out owing to the game being played on astro. 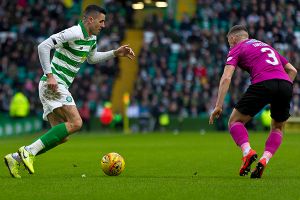 Rogic appears to have all the quality needed to open defences up but the Australian just struggles to stay fit through injuries. Without this, I am sure that he would be away from Celtic – such is his quality – but as Christie and Ntcham arrived to compete with Tam, it appears that he is now trying to keep himself in the first team picture. If Rogic can get himself fit, he has the ability to really turn games – we saw it last year in games that Rogic started in or came on in. Getting Rogic fit and having the luxury of mixing between him and Christie bodes well for the new season.

Should the Australian be fit for the trip to Paisley, he needs to be looked at especially given who the opposition are, teams that will defend from the first to the last whistle. In the last game of the previous season (5-0 vs St Mirren), wee passes around the corner set up two from Rogic and more of that is needed. Especially on the showing from the other day. 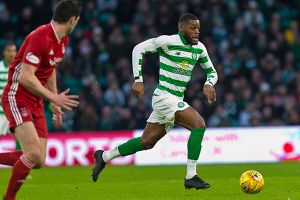 Olivier Ntcham is one of the club’s top players but finding a place for him in the starting XI appears to be difficult. Lennon, Kennedy and Strachan will know his abilities at training but they need to find a way to get him into the team. Ntcham should be one of the first names on the team sheet every week, he is fast, skilful and has an eye for a pass. Not only does he do the dirty work, he also has a final product. This is in no way a call to drop Scott Brown from the team on Wednesday, but instead a call to rotate and keep players hungry.

Do we need a defensive midfielder against St Mirren? Probably not. So it would be aggressive to opt for two attacking midfielders and letting Brown and Christie sit out for the start of the match.

Hopefully the manager can find a way to keep all his best players in the team while maintaining a balance. Wednesday, like every game this season, is a must win.

Previous ArticleIncoming – Striker in Glasgow to seal Celtic move
Next Article 4-2-3-1, The End – Why sacrifice attacking intent for shutting the back door? We are Celtic