You are at:Home»Latest»Opinion: Scott Sinclair deserved a much better goodbye

Scott Sinclair took Scottish football by storm when he first arrived at Parkhead in 2016. Under Brendan Rodgers, he was arguably the best player in Scotland for a long period of time. In his debut campaign in Celtic colours, he scored a staggering 25 goals from left-wing and took home both PFA Scotland and Celtic Players’ Player of the Year at the end of the season.

Yesterday, Sinclair’s Celtic career came to a close as he completed a move to English Championship’s Preston North End. He will always be remembered fondly by the Hoops faithful. Sinclair was a major part of the club’s Treble Treble side and his place in Celtic history is secure. But after spending the first half of the season in the reserves, it was clear that the time had come for the Englishman to move on. 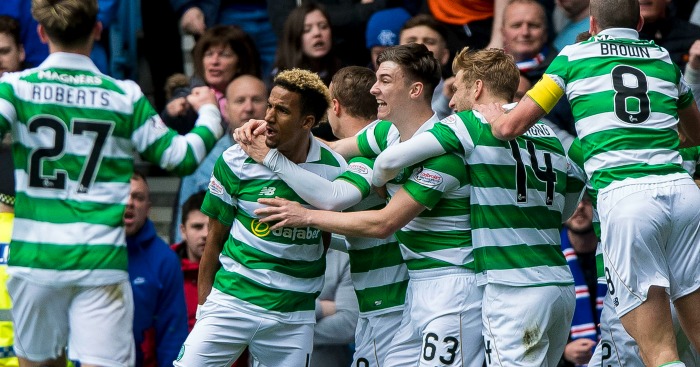 Sinclair never seemed to be an integral part of Neil Lennon’s plans and lost out his place in the team to the likes of Mohamed Elyounoussi and Mikey Johnston. But at just 30 years of age, he still has a lot left in him and decided to do what was best for his career by leaving Parkhead in search of regular first-team football.

The last six months of his Celtic career were an absolute nightmare. But hopefully while looking back, he remembers only the good parts of his time at Parkhead. The Treble Treble, the Invincible Treble, 10 domestic titles in a row – Sinclair achieved a lot of great things during his time at Parkhead. Only if it would have had a happier ending. Thank you for the memories, Scott. And best of luck.