You are at:Home»Latest»Opinion: The Europa seeding rules and why winning the group is vital for Celtic

When the Europa League group was originally drawn, Celtic would likely have settled for just qualifying for the knockout stages.

Now that qualification has been secured, they have a real chance of winning the group. A win at home to a Rennes side who have already been eliminated could be enough to secure it. They would still need Lazio to beat Cluj, but that’s not an impossible outcome from their game.

There is so much more than just pride at stake for winning the group. When you look at how the seedings are worked out for the knockout round, finishing top could provide a realistic pathway to the last 16 at least.

READ MORE: ‘Me, the players and the staff should be ashamed,’ Rennes boss Julien Stephan

The 12 group winners are joined by the four Champions League teams who finished third in their groups and had the best records. The runners up and other four teams from the Champions league then take the unseeded positions. It’s also worth noting those seeded teams get to play their second leg at home, which could be crucial.

When you look at the current standings, winning the group could mean that Neil Lennon’s side would miss out on some big names. Obviously a lot can change and it’s great to take on the biggest sides, but this is about getting as far as possible into the tournament.

Here’s a look at some of the teams who look like being seeded in the next round – Manchester United, Arsenal, Sevilla and Sporting CP. loads can change in terms of the Champions League but those teams could include Inter Milan, Zenit or RB Salzburg.

Some of the unseeded teams look completely beatable – APOEL, Ludogorets or LASK. Obviously anybody who makes it that far in Europe needs to be respected, but some ties will be much more winnable than others. 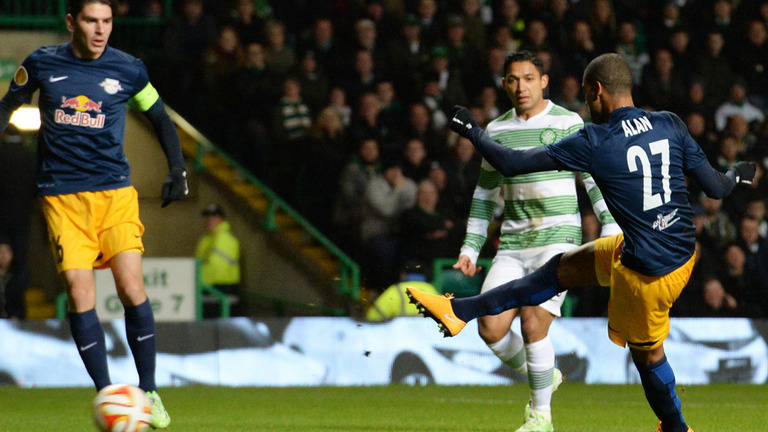 We’ve seen that Salzburg are a good side

It just shows how important the games against Rennes and Cluj are for the team. It’s possible that a win on Thursday could allow Lenny to rest some players for the final game, but they must do everything to win the group when you consider how good their position is right now.

We’ve all seen how it can work out if a team like Celtic can build some momentum and start to go deep into the competition. It will take a huge effort and some kind draws, but beating Lazio home and away shows anything is possible.

Previous Article‘Me, the players and the staff should be ashamed,’ Rennes boss Julien Stephan
Next Article Video: Appreciation of Jeremie Frimpong’s best moments vs Livingston