You are at:Home»Latest»Outstanding News, Callum commits his future to Celtic with new 5 year deal

CALLUM McGREGOR is the latest of the Celtic mainstays to sign a new long term contract at the club. In recent weeks both James Forrest and Scott Bain have committed their futures to the club.

Neil Lennon also spoke about looking at a new contract for captain Scott Brown, whose current contract ends at the end of next season.

Last autumn Tom Rogic and Olivier Ntcham both signed new long term deals at Celtic and now Callum McGregor has been rewarded for his outstanding contribution to the club’s success in recent years.

And Celtic are still busy elsewhere in the squad, with the likes of Odsonne Edouard, Ryan Christie and Kris Ajer all likely to be offered new deals before the end of the year.

Celtic officially announced the new deal for McGregor, who was the subject of an enquiry from Leicester City in the last transfer window, this morning, on the club’s official website.

“Celtic are delighted to announce that Callum McGregor has signed a new five-year contract that will see him remain at the club until at least the summer of 2024. 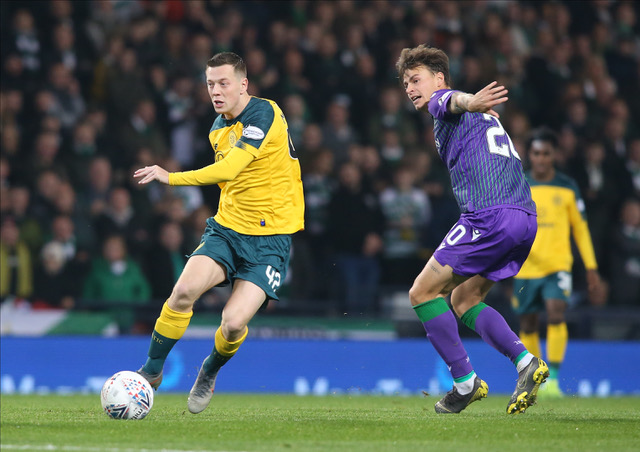 “Callum came through the Celtic Youth Academy, and after a successful season on loan with English side, Notts County, he made a goalscoring debut for the Hoops at the age of 21, scoring the only goal of the game in a 1-0 Champions League qualifier away to KR Reykjavík on July 15, 2014.

“That season he would go on to score five goals in 31 appearances, helping the Hoops win the Premiership title.

“Now 26, Callum has developed into a top-class midfielder and played an integral part in Celtic historic Treble Treble triumph. 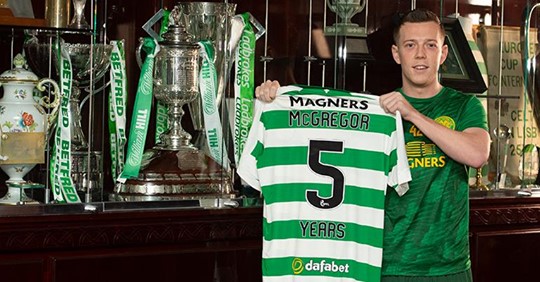 “Ahead of this Thursday’s UEFA Europa League clash with Lazio in Rome, he has made 248 appearances, scoring 55 goals, winning five league titles, three Scottish Cups and three League Cups. and last season he won the club’s Player of the Year Award. Callum has also been capped 17 times for Scotland.”

There will be an interview with Callum on the official site shortly and we’ll report on that when it’s published.

Previous Article‘We can get a good result in Italy,’ Elyounoussi
Next Article ‘It’s down to us to perform as strongly as we can in Rome,’ Ajer eyes Europa Glory Night