You are at:Home»Latest»Parkhead Erupts – “Did what was going on elsewhere affect us? No,” Griffiths

PLAYED TEN WON TEN that’s Celtic domestic record that is seeing the 8IAR champions being on the threshold of making it nine very soon indeed. And while we all appreciate the caution from David Potter on The Celtic Star this morning where he urges us not to count our chickens and provides examples where Celtic have lost leads in the title run-in, this season doesn’t feel like that kind of catastrophe is likely.

And according to Leigh Griffiths these relentless Celtic players are determined to keep the pace going and the points rolling in and the title secured as soon as possible. Across the city they have unanimously chucked in the towel – what a Beautiful Sunday it was, as Sandman mentioned last night in his outstanding Ratings. 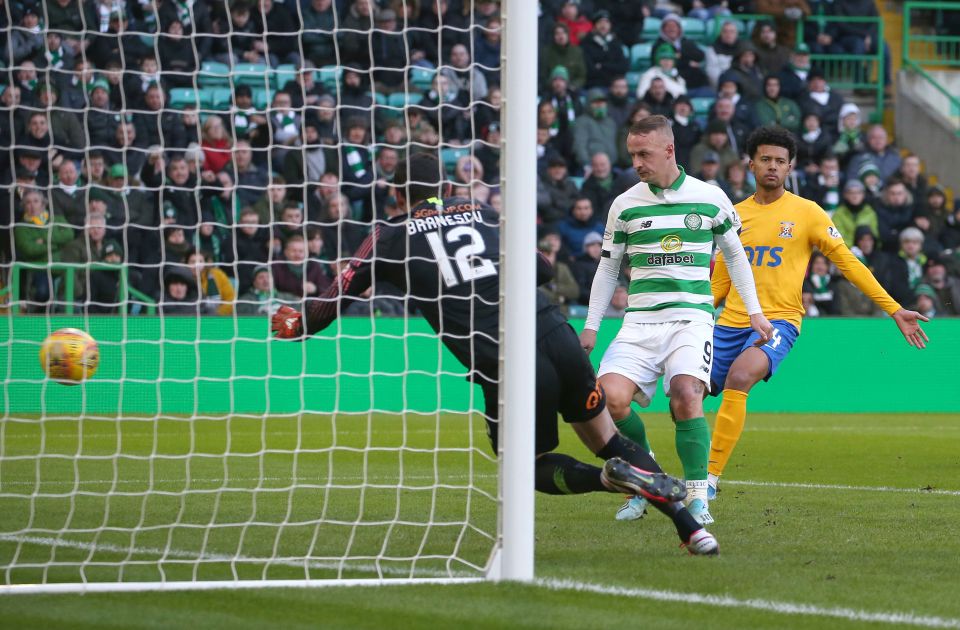 Celtic have scored 32 goals and conceded just 5 in the 10 domestic victories on the bounce this year and Griffiths wants that kind of form to continue. “I think we are improving. There’s a real resilience about this squad. There’s a never-say-die attitude. We keep going for 90 minutes and are relentless,” he told the Media yesterday afternoon, as reported by Scottish Sun.

“It’s the same in training and on the pitch. When you see the guys who can come in, it shows the strength in depth we’ve got. Scott Brown, James Forrest and Olly Ntcham were all missing, but look at the ones who came in and did the job.

“It’s a testament to the manager keeping everyone on their toes and working hard, so when people do come in they can put on that kind of performance.

“The main thing was the resilience of the team. You saw the reaction to going a goal down. We knew there was a long time to go and we knew what Kilmarnock would come and do. It was just down to us trying to break them down.

“We knew we’d get chances. It’s just about putting them away. It’s disappointing going a goal down, but you are confident you are going to create plenty of chances.

“We got three and if we are honest we were disappointed not to have scored more. Most teams who come here try to place a low block and catch us on the break. But you know we’ll create chances when you look around and see guys like Odsonne, Ryan Christie and Tom Rogic out there.

“Then there’s Greg Taylor and Jeremie Frimpong down the sides putting in fantastic crosses. It’s about staying patient and wearing teams down.” 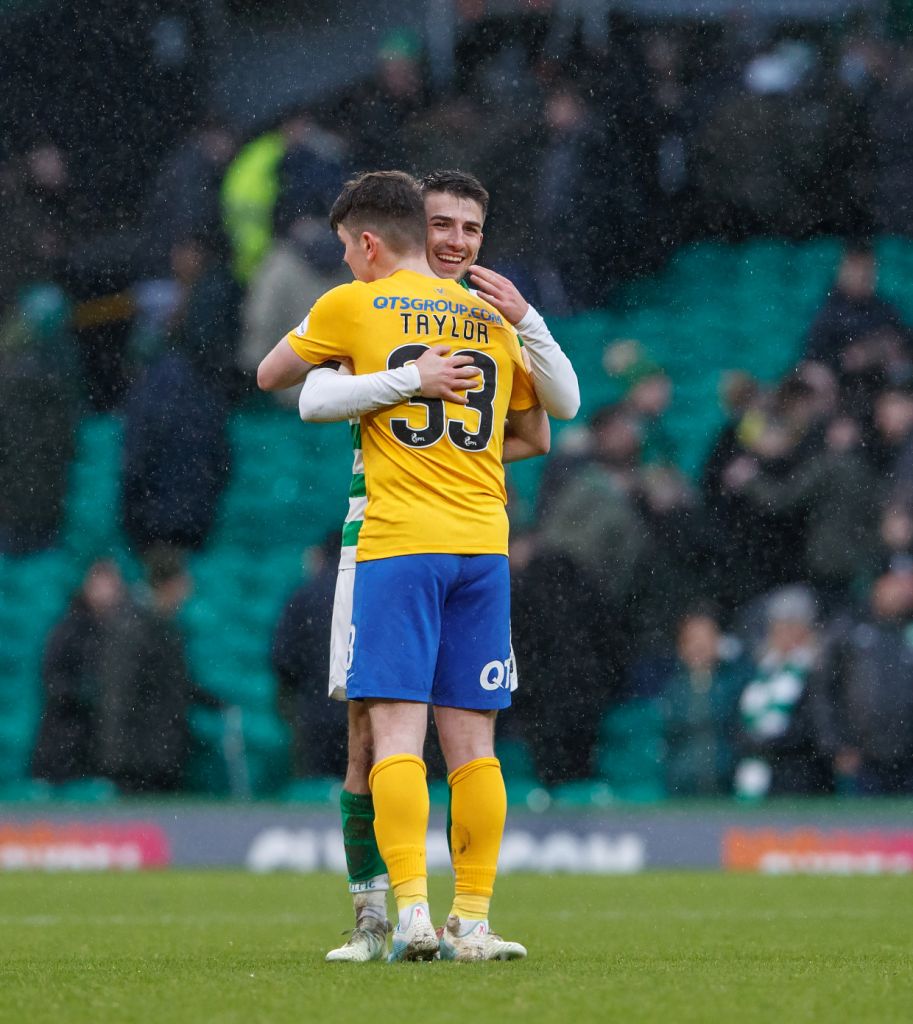 For the second home game in a row, the Celtic players were hearing strange cheering noises in the crowd that could only signal that events elsewhere were going Celtic’s way. St Johnston had equalised late in the game in Perth through Stevie May just as Celtic had conceded an early penalty so the cheering certainly let the players know that there was an extra significance in coming back from the early set-back to get the win against Kilmarnock.

“Did what was going on elsewhere affect us? No,” Griffiths claimed. “We just go about our business, looking to get the three points, and then we look at what has happened elsewhere. 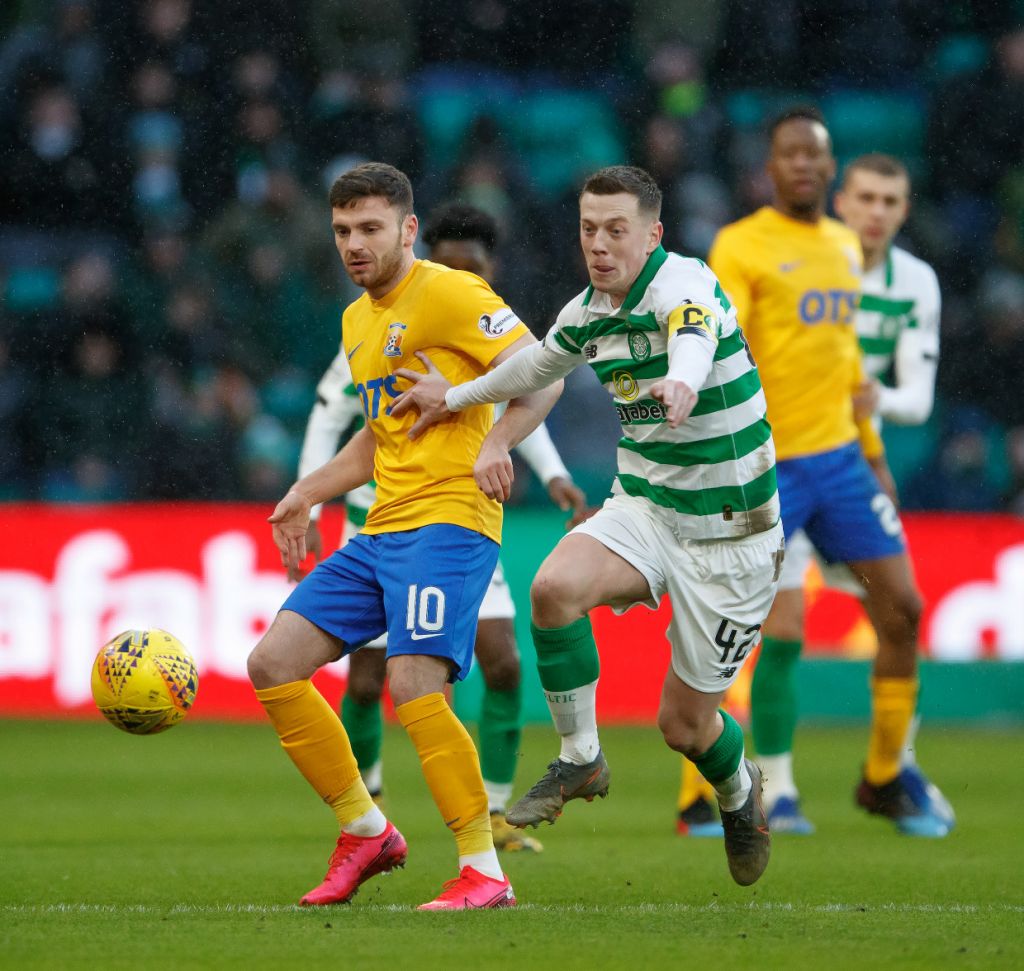 “It is an impressive response since losing to (the) Rangers, but we take each game as it comes. We are looking forward to a massive game under the lights on Thursday now and a massive opportunity to get to the last 16 in Europe.

“There will definitely not be any complacency in the league. But we’ll see what happens on Thursday then go from there.

“The tie is still 50/50. It’s great we got the away goal, but we need to finish the job here. As long as we keep a clean sheet we know we’ll go through. It’s the boring old cliche, but it’s one game at a time.”

Previous ArticleJohn Glass – The Man To Whom Celtic Owes Its Existence
Next Article ‘Announce Lurgan Klopp statue outside of Celtic Park,’ Lenny’s getting the last laugh