You are at:Home»Latest»Pathé Video from 1928 and the head-bandaged Celtic Star

You Tube contains many gems. There is one that claims to be Queen’s Park v Celtic in the Scottish Cup Semi Final of 1927. In fact that is wrong. Celtic played Falkirk in the Semi Final of 1927. This clip is in fact 24 March 1928 when Celtic, playing in a green jersey and white pants, beat Queen’s Park 2-1 at Ibrox en route to the infamous final three week later when we went down to Rangers 0-4.

The film is naturally (being 92 years old!) somewhat patchy, and has the eccentricity of showing Celtic score two goals (Adam McLean and Jimmy McGrory) into the Broomloan Road end of the ground before it has the teams running out! It is a damp, dull, misty day but you still get a good look at Paddy Connolly on the right wing as well as an idea of what Ibrox looked like in 1928. The goals are shown, but the first on in particular happens all too quickly!

It is the sight of McGonagle that is the most arresting. His head is swathed in bandages and this is before the game even started!

His head had been split open in a game against St Mirren on 21 February. He had agreed to miss the next game against Aberdeen, but this was now his fourth game that he had played with his head bandaged, something that attracted veneration from the Celtic support and reluctant respect from the opposition. 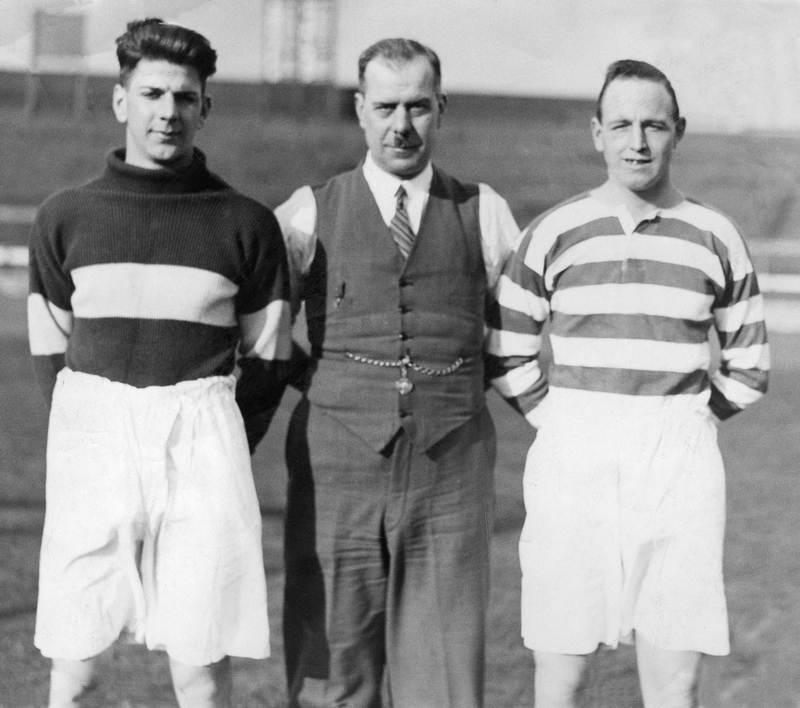 Being a left back meant that he did not need to head the ball all that often, but he did not shrink from doing so if he had to, and he very soon became a hero in his first season, even though newspapers like The Sunday Post keep calling him McGonnigle and even McGinnigle, confusing him with a Hibs player of the same name, presumably. Why was he called “Peter” when he was christened William? No-one seems to know!

He was a solid left back, possibly not flamboyant in the Tommy Gemmell sense but tackled hard and always showed an appetite to get involved. His behaviour in 1928 was in sharp contrast with that of Tommy McInally, a man of ten times the talent but spending all his time throwing tantrums and picking silly fights with team mates. Even his friends found it hard to defend all he did that year, and Tommy must carry a large part of the blame for the loss of a potential League and Cup double. 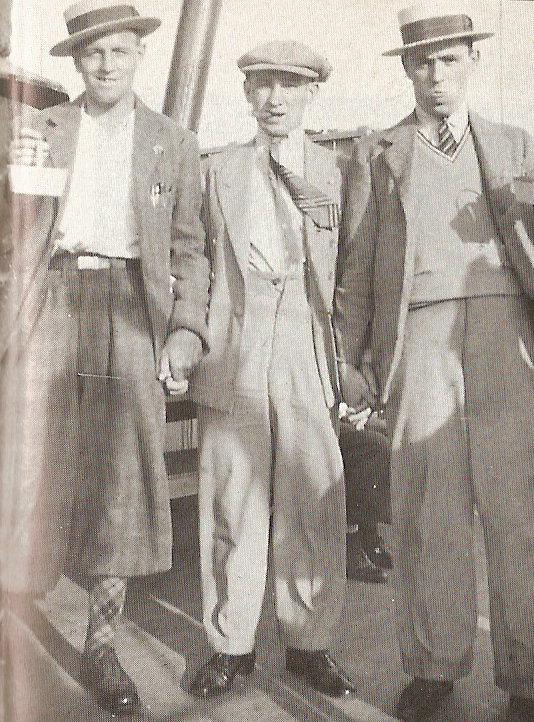 Not so William “Peter” McGonagle! He went on from strength to strength (even though the team had its problems over the next two or three years) and thoroughly deserved his Scottish Cup medals in 1931 and 1933. Commitment was the main characteristic. Like so many Celts, he died young aged 52 in Cheltenham in 1956, but he had insisted on being buried in a green and white Celtic jersey.

Previous Article“I’m against VAR. I don’t like it, and I think it’s ruining football,” Jota
Next Article A Trip Back to Paradise for Peter Goldie, the Oldest Living Celt