You are at:Home»Latest»Patryk Klimala – It’s Touch Down for ‘Polish Paddy’ as PTT says ‘Let’s get Rocking’

CELTIC Supporters are already calling him Polish Paddy and envisage him forming a lethal two fingers to Brexit European striker force with French Eddie. Odsonne Edouard was himself a ‘project’ signing and he’s well on his way to achieving Celtic ‘Legend’ status and his achievements in a Celtic jersey are even more impressive when you consider that he’s had to do it all pretty much on his own over the past year of so.

Now though Neil Lennon has looked to Poland to bring in a support worker for the Frenchman and it could be the beginning of something special.

The shape of the Celtic side is going to change. After the two tactical battles against the Rangers were lost in December – despite the players finding a way to retain the League Cup – Lenny is too clever a coach to allow that to happen again. He’s admitted that he has watched that game from 29 December four times now – maybe more since the admission was made last week – and he’ll have it in his head how he’ll like to play against them in March. We told you yesterday about Celtic’s New Wave – Patryk Klimala’s on his way and Lenny suggests Daniel Arzani and Marian Shved will feature. 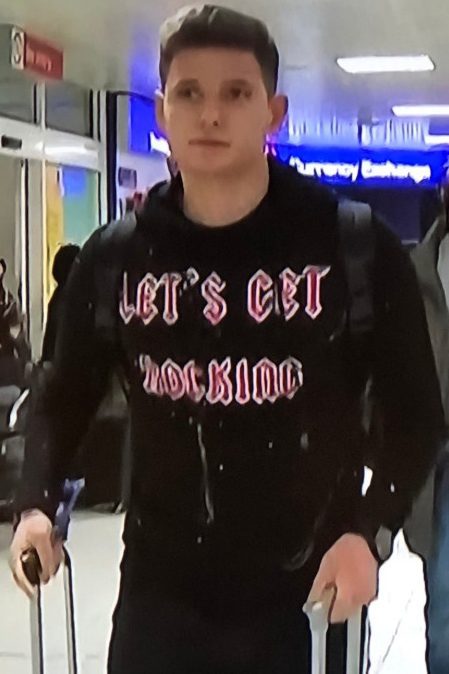 The thing that no-one has really mentioned is that now that the reduced allocation at these Glasgow Derbies has bedded in it has this season provided an advantage – going be the two results this season – to the away team. Celtic won comfortably at Ibrox in September but lost at Celtic Park at the end of December, dropping our first home points of the season in the process.

Patryk Klimala’s £3.4m release clause has been triggered, he’s verbally agreed terms and has his medical today. We know that things can go wrong at that stage, remember what happened with David Turnbull (who we assume will be a summer signing now) but touch wood, this should be confirmed later today.

Here’s some reaction to Polish Paddy ‘jetting in’ last night…

Patryk Klimala arriving at Glasgow Airport ahead of his medical tomorrow after Celtic activated his release clause.

The Poland U21 International is set to join Celtic from Jagiellonia Bialystok for £3.4M after interest from Copenhagen and Serie A. pic.twitter.com/S1vAd1Tsuj

Celtic target Patryk Klimala has arrived in Glasgow this evening ahead of a medical tomorrow. The Polish striker landed at Glasgow Airport a short while ago. Pictures soon on @SkySportsNews #Celtic 📺

🗣 MZ: “I have watched him a few times this season and I have been hugely impressed. He is not the finished article yet, but he is a massive talent.” pic.twitter.com/qg8sWsgtzQ

Patryk Klimala (21) is about to leave 🇵🇱.

Here is a video highlighting some of his Goals and Assists ⤵️ pic.twitter.com/2zlCZfMavl

the prospect of Patryk Klimala signing today makes me wonder why any player would want to sign for Celtic. I swear to God if we signed Ronaldo or Messi you could guarantee there would still be fans moaning that we didn’t sign Ibrahimović.

Give him a fucking chance