You are at:Home»Latest»Paul Wilson – A Courageous Man and a Wonderful Celtic Star
Showing 2 of 2
Prev

He would then feature in the game at Brockville the following month where his friend and teammate Danny McGrain suffered a fractured skull in an early clash of heads with Falkirk striker Doug Somner, another Quality Street Gang member Vic Davidson scoring the only goal of the match from Paul’s pass with just four minutes remaining. His final outing in the 1971/72 campaign would see him score his only goal of that season, a last-minute strike sealing a 3-1 victory at Rugby Park, as Celts closed to within two points of the title.

Paul began the next season by coming off the bench in all three Drybrough Cup ties, scoring an extra-time equaliser against Aberdeen at Celtic Park in the semi-final, before starting the opening League Cup tie at Annfield, the match infamous for Jock Stein entering the terracing at half-time.

He would also play from the start as Celts began the quest for eight-in-a-row with a Saturday evening victory over Kilmarnock and a second European Cup with a narrow victory over Rosenborg Trondheim of Norway, both matches taking place at Hampden as work continued on the new main stand at Celtic Park. He would get a further run of three games in March 1973, scoring his second goal of the season to defeat Morton at Parkhead. 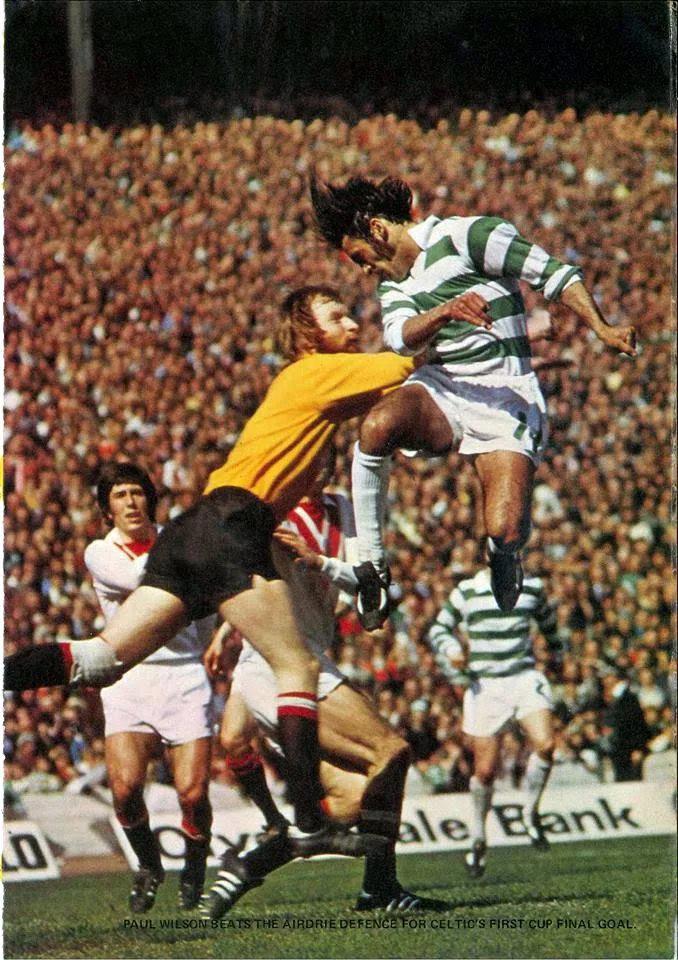 Season 1973/74 would be a breakthrough one in many ways for Paul, as he topped 30 appearances over the various competitions, more than half of those starting slots, and weighed in with eight goals. Having starred in the 3-1 League Cup semi-final victory over Rangers at Hampden in December 1973, Harry Hood scoring a hat-trick and having a fourth goal mysteriously disallowed, Wilson would suffer with the rest of us at the same venue just 10 days later, as Dundee captain Tommy Gemmell lifted the trophy after the most miserable and soulless domestic cup final day of my lifetime.

In the European Cup there was the glory of a stunning strike in the quarter final against Basel in Switzerland then the excitement of a 20-minute cameo from the bench in the last four against Atletico Madrid at Celtic Park, no doubt offset by the anger and disappointment as the Hoops were kicked off the park and ultimately out of the tournament by the Spaniards. 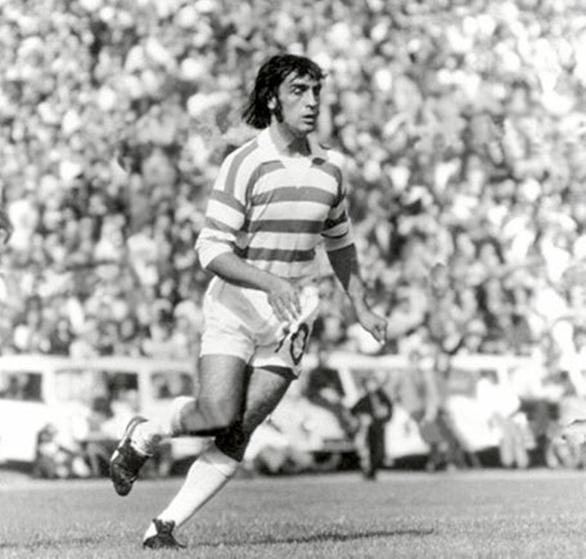 And there would be personal disappointment for Paul as he fulfilled reserve team duties whilst Stein’s men clinched nine-in-a-row at Brockville then the double against Dundee United at Hampden in a thrilling domestic climax.

The next campaign would prove to be far and away the most successful of Paul’s career. With 26 goals from 55 appearances in the sacred Hoops. Wilson would score his first goal against Rangers and win his first cup final as a Celt as the Bhoys finally ended their 3-year Drybrough Cup hoodoo by beating the Ibrox side in a penalty shootout. Paul’s header had given Celts a 2-1 lead in extra-time before a last-gasp Pat McCluskey own goal forced the dreaded decider.

He would score Celtic’s only European goal that season, ironically on this day in 1974, a late equaliser against Greek champions Olympiakos only delaying the inevitable as Billy McNeill’s glorious continental career ended in defeat in the Athenian port of Piraeus. However, Paul would add another cup final goal at Hampden a few weeks later as Dixie Deans’ third hat-trick in Hoops against Hibernian ended a losing run of League Cup campaigns, Celts winning 6-3. 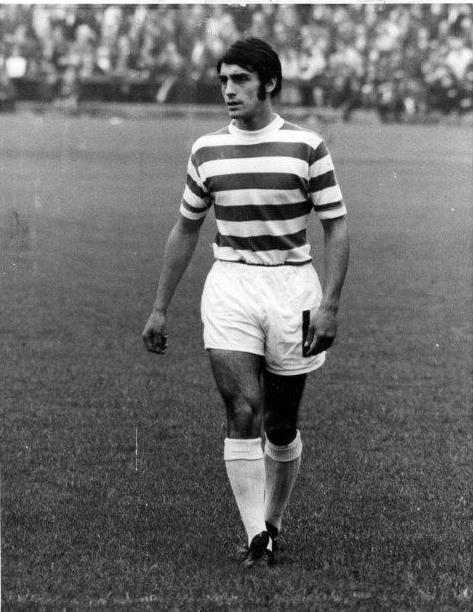 And the calendar year 1974 would end with Celtic careering towards the magical 10-in-a-row, Paul on the scoresheet on that memorable day at Dens as Kenny and Jinky dazzled together in a 6-0 victory over Dundee. The Hoops form would sadly plummet in the new year, however, Paul had done enough to earn an international call-up, playing the final 15 minutes for Scotland in a 1-1 draw against Spain in the Estadio Luis Casanova in Valencia, later renamed the Mestalla, on Wednesday, 5 February 1975. By doing so, he became the only non-white player to represent Scotland in the 20th century and just the second ever, following in the footsteps of Andrew Watson. It seems incredible to record that a further three decades would elapse before the third non-white footballer, Nigel Quashie, would be capped by Scotland. Paul was also the first Asian footballer to represent any of the ‘home’ nations at senior level.

Whilst Celtic would concede the first league title of the Jock Stein era in the spring of 1975, there would be further glory and silverware for Paul, tinged with huge personal loss. Just days after losing his beloved mother in May, Wilson turned in a man-of-the-match display in the Scottish Cup Final victory over Airdrieonians at Hampden, scoring two of Celtic’s goals in the 3-1 win. And the following Saturday he again scored twice at Hampden, as Celtic and Rangers shared four goals and the Glasgow Cup in front of another 70,000-plus crowd.

Those goals helped Paul towards a unique record, in what would be his finest hour, a season where he outscored both Kenny and Dixie. He became the only player to score in four Hampden cup finals in the same season, with goals in the Drybrough, League, Scottish and Glasgow Cups.

The 1975/76 season was a difficult one for everyone at Celtic Park following the near-fatal car crash involving Jock Stein in July. Paul’s stats would drop to nine goals from 40 appearances, as he struggled to replicate the heady heights of the previous campaign. Ironically, despite a near-identical record the following season, he would be part of a double-winning Celtic side as the Big Man returned for one final hurrah.

My personal Paul Wilson highlight from that period was his second-half double against Rangers at Celtic Park in the opening league game, which turned a 0-2 deficit against the Treble-holders into a point and a moral victory. I still maintain that this was the most crucial result of the season, preventing a struggling side from conceding the advantage to their main rivals on their home turf on day one. For some bizarre reason, I recorded the Sportscene highlights that evening on audio cassette, something I still have to this day.

The build up to Paul’s stunning equaliser near the end sounds great when heard through the dulcet tones of Alistair Alexander, followed by THAT roar. An undeserved extra-time defeat by Ally MacLeod’s Aberdeen at Hampden in November prevented a Treble, however, Paul would take his place in the team which beat Rangers at Hampden in May to claim the Scottish Cup, Jock’s last major silverware as Celtic manager. 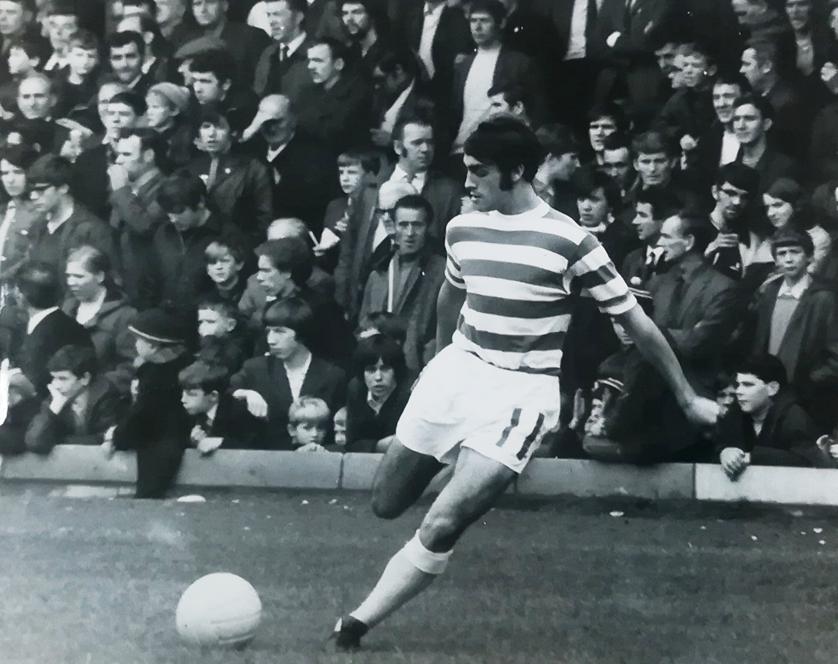 Season 1977/78 is one best forgotten by those with Celtic in their blood. Paul would score just four goals in 32 games as the Hoops plummeted to mid-table, lost the League cup final to Rangers and exited the Scottish cup to second-tier Kilmarnock.

With Billy McNeill installed as the new manager at Parkhead, the campaign just ended would prove to be Paul’s last meaningful contribution at the club. He would feature just four times under his old captain, three of those from the bench. His final appearance in the Hoops would come at Celtic Park on Saturday, 2 September 1978, a second leg League Cup-tie against Dundee United which Celts won 1-0 thanks to a late penalty from substitute Ronnie Glavin. Paul was replaced in the final few minutes by George McCluskey.

On 20 September 1978, Paul was sold to Motherwell for £50,000, allegedly to make way for the signing of Davie Provan. There is a lovely story in the Celtic Wiki which relates to Billy McNeill’s other major signing of that autumn, Murdo MacLeod. On Saturday, 4 November 1978, Wilson returned to Celtic Park with his new club on the day fellow-Milngavie man Murdo made his debut in the Hoops. Before kick-off, Paul made a point of going over to offer a ‘good luck’ handshake to the new Celt. 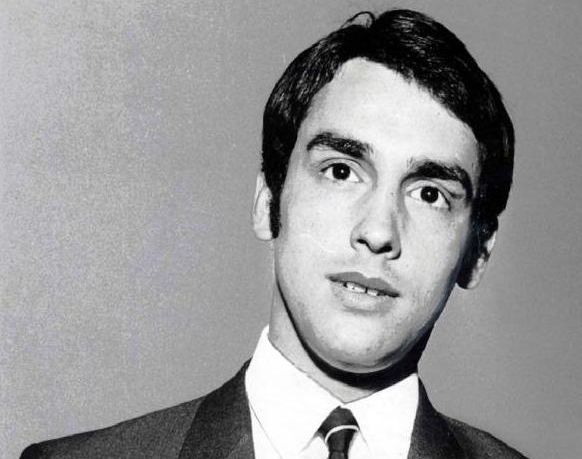 A touch of class but something we would expect from a man subjected to horrendous abuse in the Scotland of the 1970s, and who matched his immense talent with personal courage.

Rest in peace, Paul. You will never be forgotten by those who watched you wear those Hoops.

Dedicated to the memory of Paul Wilson, a courageous man and a wonderful Celt.

Showing 2 of 2
Prev
Previous ArticleMartindale’s comments on Livingston’s Poundland plastic pitch ensures Scotland gets the football it deserves
Next Article “We turn into Beijing, we turn into Moscow,” Spiers quotes Salary and brands Robertson “a slightly pathetic figure”