You are at:Home»Latest»Perth next for Quadruple Treble Chasers after Clyde blown away

CELTIC dealt with the windy conditions and a spirited Clyde team which contained a few famous Celts sons but thankfully they couldn’t repeat the shock that happened on this ground in January 2006.

Clyde introduced that team of 2006 before the game although the bloke who is currently residing at Her Majesty’s Pleasure was obviously absent. Ironic then that the stadium announcer played Tramps and Thieves before the kick-off. 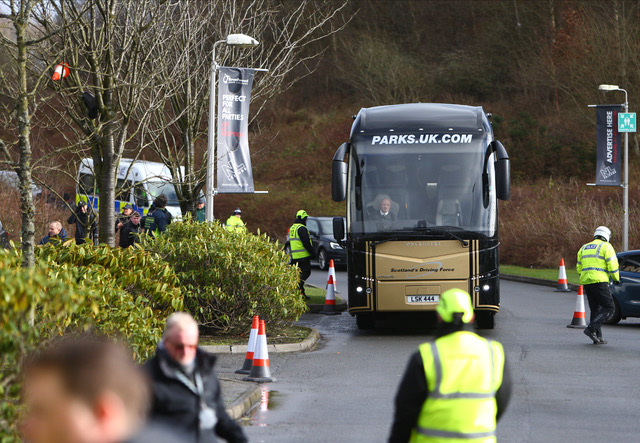 Celtic had reverted to the tried and tested 4-2-3-1 formation as Neil Lennon took the opportunity to give some game time and others a much needed rest.

Most of the play was coming down the right with Bauer, Forrest and Christie combining but the opening goal came from the other side when Birthday Bhoy Olivier Ntcham cut inside at the edge of the area and drilled a low shot powerfully into the bottom corner.

The conditions were making the game farcical at time but credit to the Celtic players who passed the ball around well despite the strong winds.

Ryan Christie and Patryk Klimala both came close to doubling Celtic’s lead but it was Captain Fantastic Scott Brown who forced the ball into the Clyde net from a corner from the left to double the half-time advantage. 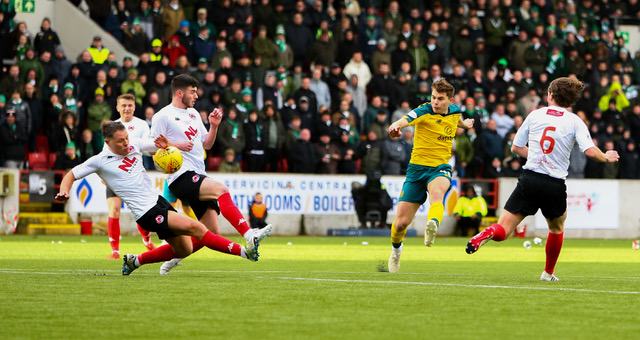 With the job done in the first half Celtic were able to take the foot off the pedal after the interval.

We got the chance to see both Bayo and Shved as second half substitutes alongside the ever reliable Jonny Hayes.

Ryan Christie hit the bar, Bayo put one effort into the side netting before getting his goal in the closing stages. By that time many has called it a day in the bitter Cumberland cold, not a day you’ll remember but given what happened the last time we played here in the Scottish Cup, that’s no bad thing.

It finished Clyde 0 Celtic 3, job done. Forrest, Ntcham have valid claims but our man of the match is skipper and goal scorer Scott Brown. 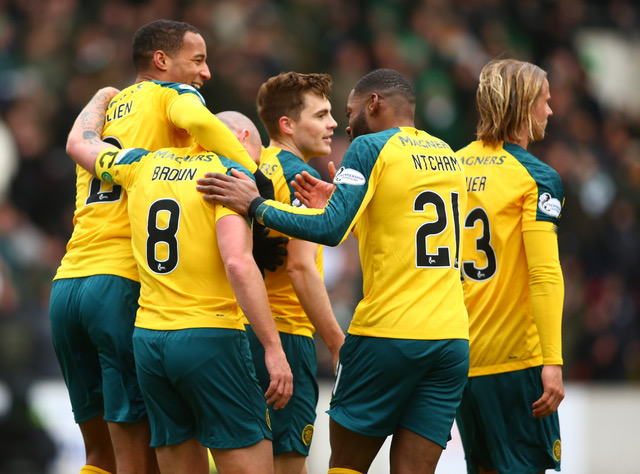 Celtic incidentally under Neil Lennon has now scored more goals this season than they did in the entire campaign last season.

Celtic will now travel to play St Johnstone in the Scottish Cup quarter final at McDiarmid Park on either 29 February or 1 March, while the Rangers will have a tough game away to play Hearts at Tynecastle.

ALSO ON THE CELTIC STAR…‘The fans were unbelievable to me,’ Scotty Sinclair, ‘we had a great sort of connection’