You are at:Home»Latest»Peter Grant – the talented and qualified name that has been linked with a Celtic return

Peter Grant spent the vast majority of his playing career in the Green and White of Celtic. Peter ‘the pointer’ was a tireless centre-mid that made 483 appearances for the club that he supports across a fifteen year period. Grant, who recently left his role as Alloa Athletic manager, has been linked as part of the staff that may join should Eddie Howe. Howe is expected to be announced as the next Celtic manager this week, heralding in a new era at the club.

Grant has been dismissed by some online due to his time at the club under Tony Mowbray, in which Mowbray, Mark Venus and Grant were all relived of their duties after a humiliating defeat against St Mirren. However, the CV of Grant reads of a man that has been highly sought after, cultivated young talent and built up a reputation as a very good coach. 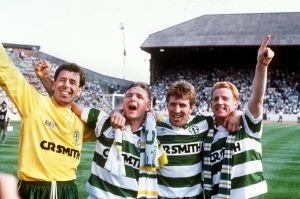 Grant joined Norwich in the summer of 1997 as Celtic looked to stop Rangers from winning 10IAR. He was back at Paradise as Henrik and Brattbakk scored to seal the league title for Wim Jansen and stop the ten. Grant was still playing at this point just 33 and it was not until he moved to Bournemouth where he began to coach, combining these roles with that of a player. He stayed in this role, becoming assistant manager to Sean Driscoll and watching over as Howe played for the Cherries.

Grant then made his move to West Ham as Assistant to Alan Pardrew, where he remained until October 2006 when he made the decision to return to Carrow Road as manager of Norwich. This was a mixed spell for Grant and he opted to return to top flight coaching but working as a No.2. His next move saw him join up with West Bromwich Albion and former teammate Tony Mowbray. A year and £2.5m compensation later, Peter Grant was back at Celtic but this time as a coach.

Despite Mowbray’s tenure starting well, the enormous rebuild failed and the trio were shown the door in March 2010 with a 4-0 hammering in Paisley. There appeared to be a difference of opinion in terms of the way to do things between Mowbray, Venus and Grant and ultimately, the wheels came off in the worst circumstances. Given the enormous love that Grant has for the club, this must have been incredibly difficult for him.

Grant decided not to work with the pair again, opting instead to join up with Alex McLeish at Birmingham City, helping them lift the League Cup as they beat Arsenal. He was then taken by McLeish across the city to Aston Villa and then Nottingham Forest.

It is interesting to see that Fulham then approached and hired Grant as a first team coach but then retaining him within their Academy as one of the prominent figures in development of young players, particularly the U21s. He continued in this role until he joined the SFA in a similar capacity before Alex McLeish appointed him as his Assistant. This ill-fated tenure came to an end as McLeish was replaced by Steve Clarke and Grant found himself in the Alloa Athletic manager’s position. Given the coaching profile of Grant, this was a surprise appointment and he lead them to an 8th place finish last season before finishing bottom this year. Considering the size and budget of Alloa, it was always expected that they would be destined for the drop. Grant decided to depart at the end of his contract, despite Mike Mulraney saying that he had hoped that he would stay.

Now, Grant is free for an emotional return to Celtic should Howe decide to recruit him as part of his coaching team. The pair have history of working together and this could be the friendly face that helps ease Howe into life in Glasgow, adjusting him to the pressures of Celtic and helping regain all three trophies. 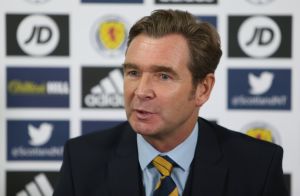 Howe is said to be bringing Stephen Purches and Simon Weatherstone from Bournemouth but a familiar face that knows Glasgow might not actually be a bad idea. Grant would offer an insight into the pressures of representing Celtic, the fact that the media will likely be after him from the get go and how much success will mean to the supporters.

Speaking to CFB Football, Grant discussed his philosophy for football, something that should really interest the Celtic support.

“Well, I never have a philosophy. The philosophy I have got is what players have I got, and to try to get the best out of the players and put them in the right positions.

“In an ideal world, I would love in an attacking sense to play like FC Barcelona, and like Diego Simeone’s Atletico Madrid without the ball.

“I remember as a player playing in central midfield and once or twice I was asked to play out of position and I did not feel as comfortable as I did in my environment in the middle of the pitch.

“I look at the players I have and I think what would suit us best. The ideal philosophy it to play fast-flowing, attacking football, like West Ham during the best FA Cup Final ever in 2006 against Liverpool. The 3-3 game which I was involved in as assistant manager.

“During my playing career at Celtic we had to play that way. The football with which I was brought up on, and the teams that I played in myself. I try to train my players in the same way, in that they are comfortable on the ball and the team has a purpose, not just keeping the ball for the sake of keeping it. You have to mix the game. 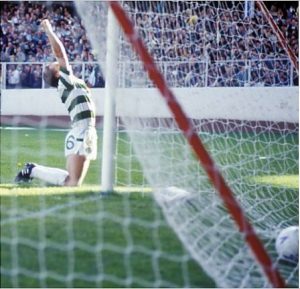 The reluctance from some relates to Mowbray’s horror spell in charge but Grant’s CV reads of a man that has been involved in some successful sides, often coaching a mixture of seasoned pros and breakthrough youngsters and earning a reputation as a professional, dedicated coach.

Hopefully with Howe’s imminent appointment, the coaching staff will be made up quickly with Howe having full discretion over who is brought into his coaching staff. This is imperative as the manager cannot be supplied with coaches that he doesn’t know or that he doesn’t want. If that is Grant, then Celtic can be assured that they will be getting a quality and qualified coach, who can likely offer Howe a lot about the illustrious, unbroken history of Celtic.