FORMER CELTIC defender Charlie Mulgrew has appeared in a new reality TV show ‘Olivia Meets Her Match’ on ITV. The big defender left Celtic in 2015 and with spells at Blackburn, Wigan and now Fleetwood Town, Mulgrew is in the twilight of his career so may be considering a switch to acting. 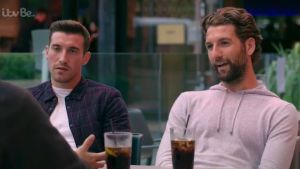 Mulgrew was Lennon’s first signing in 2010 and played a variety of positions in his time at Celtic, including left wing in a win at Ibrox in 2011.

Mulgrew won five league titles and two Scottish Cups as well as winning the Player of the Year accolades in 2012 for a stunning season, in which he deputised as a central defender.

Previous ArticleLille v Celtic – “I was at Basel before, but they are not as big a club as Celtic,” Albian Ajeti
Next Article “Even at a difficult time, they seem to be in a pretty confident mood,” Celtic boss eyes win in Lille