THE BRAZENHEAD is a Glasgow landmark and is one of the best Celtic pubs to visit on match days. The pub have enjoyed a number of displays in recent years, celebrating the success of Celtic.

The Gorbals pub were in refurb mode despite no games on the horizon as they, along with the rest of us, celebrate winning 9IAR. The pub took a video demonstrating the Treble Treble banner and replacing it with a 9IAR celebrating sign featuring the record-equalling trophy lifts by Scott Brown.

We will all be looking forward to getting back to football and hopefully, this time next year, the Brazenhead will be putting up a 10IAR celebratory banner but history might be worth noting. Back in 1998 the Louden Tavern jumped the gun on their own Ten-in-a-Row* celebrations before at all went marvellously wrong for the Rangers bar. Their party had to be cancelled after Celtic stopped the Ten on that never to be forgotten afternoon at the new Paradise in May 1998.

So hopefully the Brazenhead won’t tempt fate and will wait until our Ten is won before their next make-over! Bet you can’t wait to read about that on The Celtic Star!

Update on picture at the top…now it PERFECT lads! Just like Celtic. It’s got to be…..

Apperently the wooden windows took the look away 🤓 pic.twitter.com/eLJQq3tBop 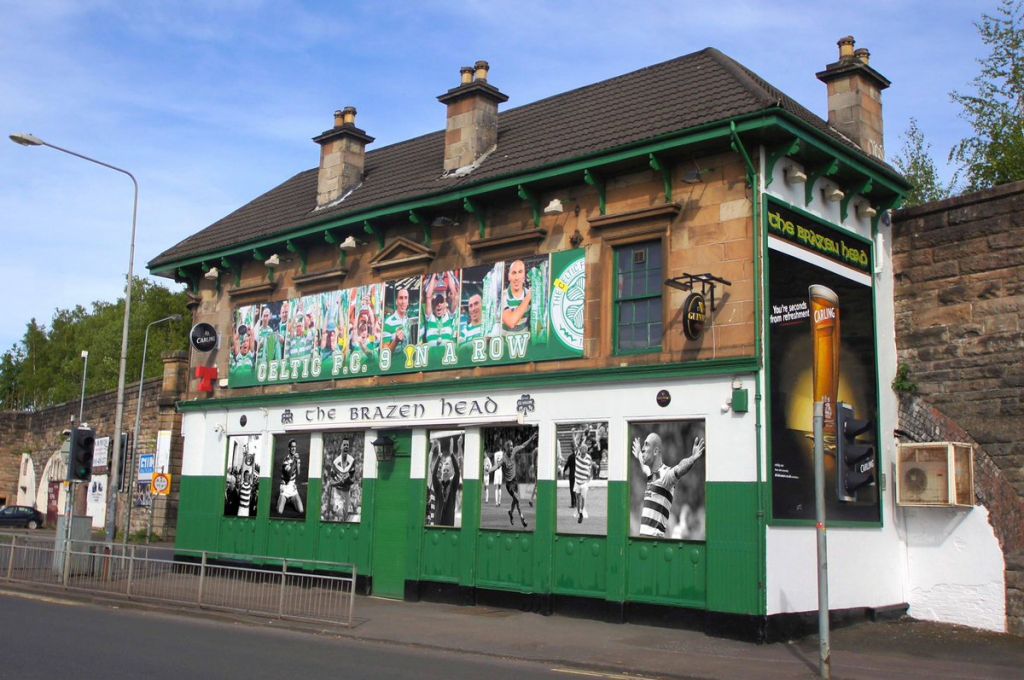