You are at:Home»Latest»Photo: Celtic ace hints at comeback from injury with Instagram workout

It really wasn’t that long ago when the first we would know about a player returning from injury would be the manager mentioning it in an interview with the paper, or actually seeing the player on the team sheet for the first time in ages.

Nowadays, we get treated to the whole rehab experience through various pictures and videos on social media. Jozo Simunovic has missed most of the season through injury, but this image from his Instagram does suggest a comeback could be on the way. 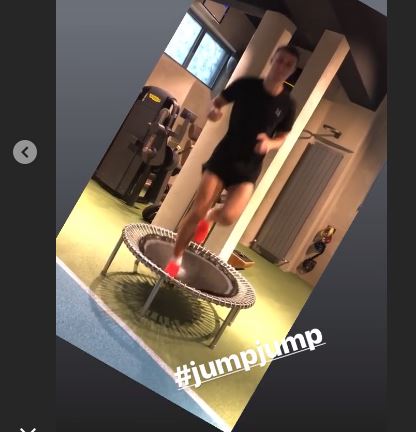 It’s not clear at which point the trampoline work features in the return from injury, but it certainly looks like good news for Neil Lennon and the squad. If you watch the whole video on his account you get treated to some questionable singing too.

His injury came at a horrible time for him as he’s seen Ajer and Jullien go on to forge a formidable looking partnership at the back. It’s unlikely that he would dislodge either from the line up for now, but he’s a more mobile option than Nir Bitton to fill in at the back when needed.

It’s also possible that his return could free up someone like Lee O’Connor to go out on loan for the second half of the season. He impressed on his senior debut for Ireland last week, so it’s time for him to get some more senior games and continue his development.

Previous ArticleVirgil Van Dijk – ‘He could have been a No.10, a No.6, but as a centre-half he is so good,’ Scott Brown
Next Article Celtic look to extend midfielder’s contract to see off Premier League interest