You are at:Home»Latest»Photo: Giakoumakis teases comeback with new boots photo

Celtic’s Giorgos Giakoumakis has teased a comeback to football by posting a photo of himself in training gear with new boots. On his Instagram, the striker shared a photo of himself and new pairs of boots. Celtic are due to play Hibs on Sunday in the League Cup Final and currently have no fit strikers available. Whether this is the case at the weekend remains to be seen. 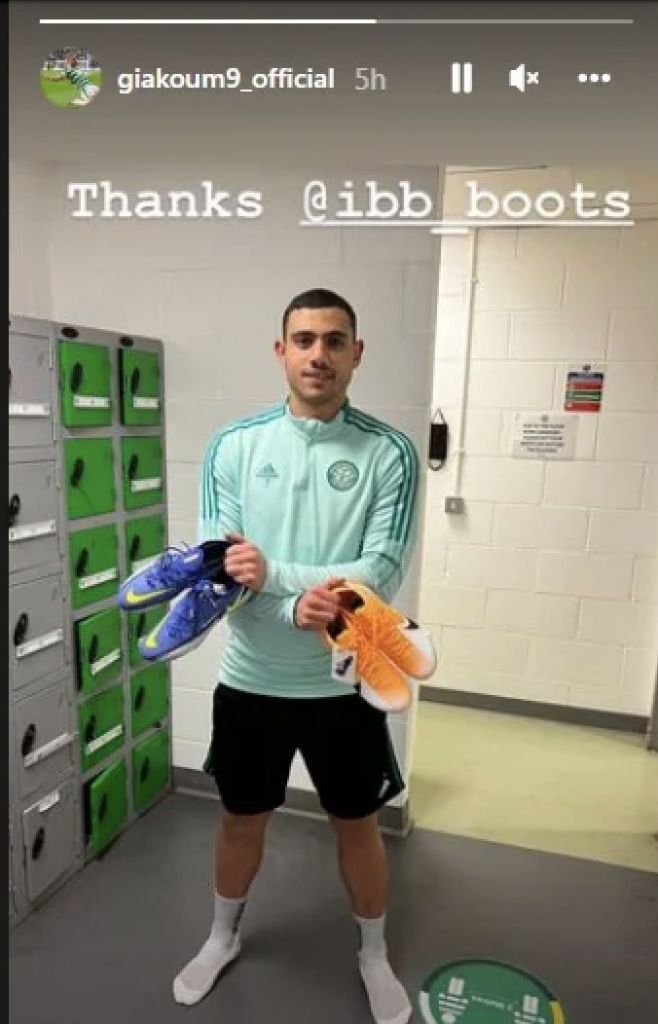 The Greek Internationalist was rewarded for his 29 goal season in just 33 appearances for VVV-Venlo with a move to Celtic. Celtic have been without the 27-year-old after he suffered a knee injury. The manager said at the beginning of the month that he was two or three weeks away from returning to action but the trail has gone cold. Hopefully, Celtic can welcome him back over the next few weeks as the hectic schedule ramps up towards the turn of the year. Earlier today, the manager refused to confirm or deny whether he would be fit for the final, suggesting he’s working away in the background.

Giakoumakis is yet to really hit the ground running at Celtic with just one goal to his tally so far in Glasgow’s East End.

Previous ArticleOn This Day: Lennon denied the clearest penalty you’ll ever see at Ibrox
Next Article As Christmas ‘66 approaches several Celtic strikers present and future are making the headlines