You are at:Home»Latest»Photo: Griffiths posts defiant message to doubters after being left out of Celtic pre-season trip

LEIGH GRIFFITHS has taken to social media to fire back at doubters following the news that the 28-year-old striker had been left out of Celtic’s pre-season trip to Loughborough and France.

Neil Lennon made the decision that Griffiths would remain at Lennoxtown in order to regain fitness before joining up with the squad ahead of the beginning of the new season in August. However, despite this blow, Griffiths took to social media to confirm that he would be working hard to prove the doubters wrong. 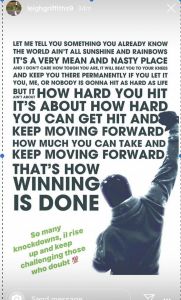 Griffiths scored a hat-trick in his last (and Celtic’s last) game before lockdown forced football to be shelved. He has been written off a number of times but he loves proving people wrong. Hopefully he will prove that he is still a  vital part of the first team.