Goals from Danny Mullen and Lee Ashcroft sealed a 2-1 win for Dundee at Rugby Park as they confirmed their promotion to the Premiership for next season. As James McPake soaked in the success at full time, he appeared to be working his way through his friends list on FaceTime, lapping up the glory of the 4-2 aggregate win over Killie. Celtic striker Leigh Griffiths made an appearance and was captured on Sky as the former Hibs and Dundee pair showed their delight at the win. 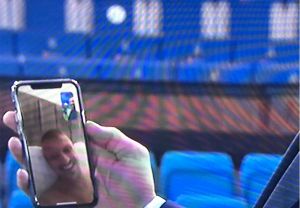 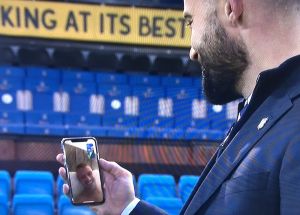 Griffiths, 30, is still working away hoping to earn a new deal at Celtic after an indifferent campaign. The striker has had issues with form and fitness but will hope that he can impress incoming boss Eddie Howe.

Griffiths has scored five goals this season in eighteen appearances. The striker’s scoring record of 123 goals in 257 appearances represents an incredible return for the £800k paid to Wolves in 2014. The club need to make a decision on whether to retain Griffiths for another season or to allow him to leave for free