You are at:Home»Latest»Photo Of The Day: Proud Celtic Fan Celebrates Club’s Greatest Triumph At Airport

Today’s photo of the day is one of unbridled joy. Look at the happiness on the face of this Celtic fan as he holds aloft an Italian newspaper to reveal the identity of the new European champions in 1967. 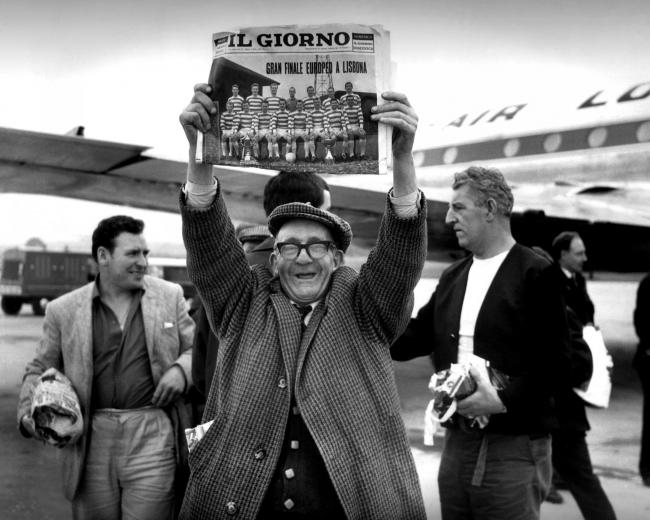 For many of the thousands of Celtic supporters in Lisbon, the celebrations continued into the airport and beyond. This incredible image shows possibly the proudest fan on the planet as he holds the publication in the air on the runway!

His winter attire and the fact that he is holding an Italian newspaper poses many interesting talking points. Was the photo taken on arrival in Scotland? (Where despite being summer the temperature wouldn’t have matched the heat of Lisbon) And how did the fan get a copy of the Italian newspapers in Portugal? (It may have been unusual to be able to get your hands on another country’s publication in such short time back then)

Over half a century later, the Lisbon Lions continue to give Celtic fans great joy. The memories and stories live on, continuing to fascinate the faithful.